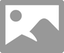 @7up, to my knowledge at least there is nothing wrong with my immune system, nor do I don't have a phobia about Poo or anything yucky like that. I just don't want to find remnants of cat poo, litter, or urine stains on my worktop or in my fruit bowl. You even went to the extent of putting out a cat deterrent yourself I assume for the same reason.

I don't know about the validity of the link to cancers, but I agree with you regarding growing up in a sterile environment and those adverts for Dettol sprays and wipes just wind me up, there really is no need for them, when there's soap and water. What have we got now, a new virus, so does your survival of this depend on the resilience of your immune system! Well that's another thread.


By the way one of my daughters cannot visit her sister because she is allergic to her cat and gets into a terrible state if she goes anywhere near one. It really is quite distressing for her and has been ever since she was tiny. Tried various remedies over the years but none of them seem to work...  except staying well away from cats - that works.

As I said before - cats are not clean at all,  they lick their privates and 8um and then lick their fur all over and are covered in dried gunge, bacteria, intestinal worm eggs and cat spittle,  that is the bit people are normally allergic to as cats leave a trail of dried spit flakes floating around wherever they go.  Either cats are a wild animal that can wander around at will and kill and poo,  or they are a domestic animal that is controlled like a dog.  If they are a wild animal no need to notify anyone if they decide to run into your car - and how many cats are chipped anyway,  dogs have to be - but as I said cat owners want their cake and eat it too....  As I said in earlier post the Aussies are culling 2 million + feral moggies that are responsible for killing more animals in Australia than centuries of bush fires......just imagine how many little critters and birds the 8 million+ and counting free-roaming cats in UK kill.  @7up  if you love your cat do the right thing by nature and your neighbours and keep it in the house or a purpose made run. I thought the RSPCA was for all animals,  if so why do they allow cats to roam around torturing and killing small wild animals.

I still remember when I was little we had some Bantams in a run made of chicken wire ( what else would you use ? ) at bottom of garden and one day I heard an almighty sqwarking and commotion - a local cat had managed to hook one of the bantams with its claws and was scaring the thing to death,  it couldn't get it out through the wire but was hanging on - thats when I started shooting lumps of rock at them.......

Another's thread yes, but just to say that as you get older your immune system is better informed but it is definitely less resilient.

As I said before - cats are not clean at all,  they lick their privates and 8um and then lick their fur all over and are covered in dried gunge, bacteria, intestinal worm eggs and cat spittle

Cat saliva contains antibacterial stuff which deals with the nasties they pick up off their backsides, the average cat's gob is usually a lot cleaner in terms of living organisms than even that of somoene who brushes their teeth after every meal...

As for the worm eggs, that's why we cat owners who are responsible for our feline friends treat them with medication to kill off said worms, so that they don't leave the little wrigglers all over the place (and believe me those things are frickin' nasty looking when a cat does have them, imagine a piece of a pot noodle wriggling about, yeugh!!!), but like with all pets, it's the owners that make the animals the way they are, if they're not looking after them properly they'll go feral...


Another's thread yes, but just to say that as you get older your immune system is better informed but it is definitely less resilient.

seems to be the means whereby things get immunity,  cells in the immune system called Cas9 snip off a bit of the virus DNA they deal with and add it to their 'library' by incorporating it into their own DNA sequence - biologists found this when looking at DNA of simple organisms - they discovered that there were many repeats of the organisms DNA but between every sequence was a seemingly random sequence that never repeated they called it a 'spacer' - turned out this was the DNA of every virus the organism had met in its environment -  a bit like police carrying a photograph of wanted criminals around for reference and when they get a match they arrest the bad guy and take them out of circulation ( which is what you body does - only literally takes them out of your blood circulation ).

Yes, I was watching the programme about that on BBC the other night.

Brave New World and all that eh. Scary and fascinating at the same time.

As I said before - cats are not clean at all,  they lick their privates and 8um and then lick their fur all over and are covered in dried gunge, bacteria, intestinal worm eggs and cat spittle

Cat saliva contains antibacterial stuff which deals with the nasties they pick up off their backsides, the average cat's gob is usually a lot cleaner in terms of living organisms than even that of somoene who brushes their teeth after every meal...

Humans also have stuff that deals with nasties - it is called toothpaste.....

cats and dogs carry lots of bacteria in their mouths, on their claws and feet ( clue is they don't wear shoes out of doors, so it is not beyond the bounds of possibiity that if your cat scratches anyone they could get tetanus as well as catch scratch fever ) and parasites in their poo,  just look at the things cats eat, including birds, rats, mice, voles, etc. etc. ( ever heard of Avian influenza / bird flu or https://www.healthline.com/health/weils-disease ) - advice is to not let pets lick you,  you could end up with something real nast.

Apparently there is something called Pasteurella multocida, an aggressive bacterium found in the mouths of many animals and up to 90 percent of healthy cats.

Easily treated with something like amoxycillan if you catch it - but then who dishes our antibiotics anymore?

Then there is Bartonella henselae also know as cat scratch fever, and the less said about that trather nasty infection the better.

Urban myth maybe, but we used to hear about cats curling up on the face of sleeping babies which is why when I was a kid and even with our children, if they were left outside in the pram for a bit of fresh while the Mrs did a bit of ironing or something there would always be netting placed over the hood.

Don't see them used these days, but then you don't see prams that much either.

The day cats and dogs learn to wipe their feet and backsides before they come into the house perhaps I'll have one... or perhaps not anyway.


The day cats and dogs learn to wipe their feet ...

Growing up in the countryside we had a cat and a dog but they weren't allowed to climb onto tables, worktops etc. and they never licked our faces, hands etc.  It's a bit like bringing up children, you have to lay down the law from the beginning and they behave well for the rest of their lives.

We looked after a friends cat once, never ever again.

You just could not keep the ****** off the worktops and it used to drive me nuts - especially when the Mrs was preparing food or something.

Schrodinger had the best idea, just place a cat in a box with some radioactive substance.

Ah! But was the cat really in the box, that's the question.

advice is to not let pets lick you,  you could end up with something real nast.

Oh no!! What ever shall I do? 34 years and 6 months of living with cats from my birth to this very moment and I'm in so much danger!!! 🤣

Only nasty thing I've had with cats is accidentally stepping in their misplaced poo, but unlike the responses here, I just wash my foot, clean up the squidged plop and carry on with my life, because that's my life, and nobody else's... 😊