Regional variations in the UK as we know, but once that lockdown lid is off they are going to have one heck of a job putting it back on again that's for sure... and that's the worry.

Time for everyone to take responsibility for themselves and others? That seems to be what Boris is hinting at and as for any holidays flights this year, not a cat in hells chance as far as I'm concerned. 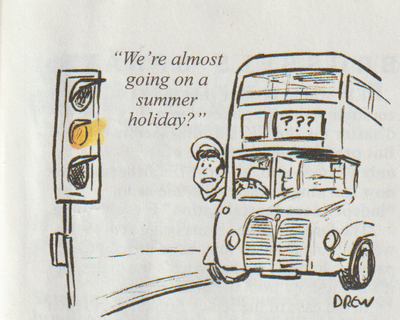 "After Brits jetted off to Portugal as travel restrictions eased, Julia crosses live to travel journalist Simon Calder sitting on his hotel balcony. Simon: "The flight cost £20 but the Covid test cost £100..."


Time for everyone to take responsibility for themselves and others?

A journey of a thousand sites begins with a single click.

And another thing...as part of the post lockdown palaver one of my daughters went to book up an 'el cheapo stacation' camping holiday in Pembrokeshire and tells me the price has gone through the roof, so no weekend away for her and the four kiddies.

Feel for the caravan and campsites owner that have seen their income drop, but to try and claw it back from families looking for a budget holiday is just outrageous.


Don't limit the friends you haven't met with arguments you'll never have.
Message 3 of 8
(235 Views)
Reply
0 Thanks

I know many people are desperate for a get away to "relax" but surely there's been plenty of time for that at home while furloughed? Surely not taking risks is more important to the greater good?

Seems to me like Boris and a lot of others just want it all once more and aren't particularly phased who else they sacrifice in order to have it. Lets face it, that prat was more than happy to ignore scientists for as long as he could and tell the nation hand shaking was still safe. Unfortunately Boris simply isn't listening to the Indian risk nor does he care. He's already imported it now anyway so let the bodies pile up on the streets..

Indeed the lid will be very hard to get back on - Chernobyls concrete roof would probably be easier to replace.

No idea if anyone watched the C4 programme last night about all of this but a virologist on there was saying that virus's evolve in order to become more efficient.. well.. if we don't stamp out the indian variant (and face it, with Boris refusing to take it seriously we won't) that will also mutate into a stronger version.

Desperate to get away was usually the result of a rotten nine to five job that gave out two weeks holiday, and how many of those have there been during lockdown and as you say @7up those furloughs. Desire perhaps, but desperate?

Here you go, something to copy and print out for your dartboard. 😆 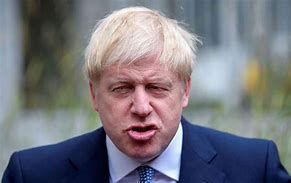 Don't limit the friends you haven't met with arguments you'll never have.
Message 5 of 8
(211 Views)
Reply
1 Thank
1 user liked/thanked this post: 7up.

It's a funny old thing when you get a few areas where numerous people either don't have the jabs or traipse around the world back and forth to covid hotspots.

Then when the inevitable happens those areas seem to get preferential treatment with extra jabs etc.

So the idea of depending on people taking responsibility for their actions is doomed. Fine with me as long as I don't get doomed as a result of their selfish actions.

... and what's with this Amber light malarkey?

When I took my driving test and it's probably true t'day, amber meant stop. Nobody should be travelling anywhere surely unless it's green for go and asking people to decide for themselves is just asking for trouble.

Maybe we should just ask The Clash 😄


Don't limit the friends you haven't met with arguments you'll never have.
Message 7 of 8
(143 Views)
Reply
0 Thanks

The whole Amber thing is (as i mentioned in another thread) Boris trying to look clever to the world trying to "manage" the problem instead of letting it take grip.

The reality is we know full well that this is going to become problematic and it's likely we'll have another wave / lockdown if the vaccine doesn't work for the entire nation - which at present, it won't as we're not all vaccinated.

Boris is a prat. Mind you, in honesty, I do think he's done more than David Camoron ever would - that tight sods butt cheeks probably squeek when he walks and we all know his precious national debt was more important than people becoming ill.