two years ago while talking to Cardiac professor about a problem he suggested that the majority of my illnesses could be put down to industrial health damage .

He pointed me towards a Solicitor who investigates these problems , who decided yes i have a case to put forward but i needed to have a full medical .

I have just received a Email from him , he has the results But says he will not send to me unless i ask ?

as he says the professor discusses life expectancy !!

The answer would depend on what type of person you were, for example if you worried a lot about minor health problems then having additional information could increase your anxiety levels and make the problem in question even worse.

Most people are likely to want to have details about what is wrong with them so they can decide on the best way forward in terms of treatment, this assumes the condition they have can be treated.

If I had a specific medical problem I would do a bit of research about it to see if it could be treated or if there was ways to extend my life and if so by what period, based on that information I would then make a decision if I was going to seek further professional information.

If I had some terminal illness which required a lot of treatment which could extend my life for 6 to 12 months I would not take it up and spend the time left doing what I enjoy doing.

That last statement is what I would do, clearly many would rather have an extra 6 to 12 months but not for me

We are born into history and history is born into us.
Message 2 of 25
(1,024 Views)
Reply
1 Thank
1 user liked/thanked this post: MauriceC.

First sorry to hear this.

Secondly I would as it would allow me to sort out my affairs (or not if the estimate is many years ahead, I'm a procrastinator big time).

It is after all an estimate not a hard line in the sand. I've known people who have been given wildly inaccurate life expectancy estimates so it is not necessarily correct.

I am assuming the professor the solicitor is referring to is the same one you originally spoke to. If that is the case could you not talk to him directly?

As for knowing I would hate to know because of how I might take it but, as said before, it would give a chance to sort stuff out.

Knowing, an estimated time of departure... TO "give you time to get things sorted"..

. well getting your will and other things sorted... can be done TODAY.. you don`t need an "end date" to do that...

get on with the rest of your life, and enjoy every day as if it were your last... you will be surprised at how long that can be, when you begin to look back...

I think we have the answer to a lot of the country's financial problems:

@rongtw Only you can ultimately judge how you'll react to the information.

When I was told I had bladder cancer 8.5 years ago I just accepted the fact and when the first surgery showed that it was advanced I somehow believed that treatment would be effective. I was one of the lucky ones.

It was a few years later that my consultant surgeon told me that the average survival time was 18 months and that they always kept that information from patients.

after a phone call to solicitor , decided not to see the report

Each to their own circumstances, but I would want the privilege - for that is what it is, of knowing if indeed that were possible so that I could make full and final arrangements for my family. As said each to their own and I have never thrived on uncertainty.

Are we far removed here from ending our own lives at a time of our choosing in the event of a debilitating illness? I'm not so sure truth be told and as said, I would want to make, and indeed will make, that decision for myself.


Don't limit the friends you haven't met with arguments you'll never have.
Message 9 of 25
(905 Views)
Reply
0 Thanks


I would want the privilege - for that is what it is, of knowing if indeed that were possible so that I could make full and final arrangements for my family.

@Minivanman  So....you decided today, to wait until you have been told you have only ( say)  1 year to live ,......so you think  (today)  you have plenty of time to make "full and final arrangements for my family"!..

.  tomorrow, you could be crossing the road, and hit by a drunk/drugged driver, and die at the scene...

Surely, if you are so concerned about making those "full and final arrangements"... you should be doing that NOW.. ...

If you live through tomorrow, and for the next year ( as predicted above ). Or longer... .. then those "final arrangements will still be "in force"...  ( you can of course change them on a daily basis, if you wanted to... but at least, they will be done BEFORE your time is up.)..

I wouldn't want to know. Too many straws have been piled on this camels back over the years. If I make it to 50 or even 60 I'll consider myself lucky.

You assume to much @shutter - I have already done what I can as far as arrangements are concerned. All sorted, and each of our children have a copy of our will but, we can only do so much wouldn't you agree? I make sure my car is in working order but if I knew for certain that if it was going to blow a gasket halfway to Timbuctoo (I sometimes feel that life has been that long) then I would make additional arrangements for a hire car or make sure I had my bus pass with me.... and that flat hat

But as it is none of us can know the time of our deaths unless as mentioned we made that decision for ourselves and how comforting not to die alone and maybe unattended in a hospital bed, but have instead a chance to say our last goodbyes with family - and what friends we have left around us.

As it is I make sure the house is in good order, the Mrs knows where the stop tap is and, the safe way to change a wheel on the motor! My funeral is going to be a breeze and cheap as it's straight to the Crem' from wherever I draw my last breath. If it was good enough for David Bowie......... 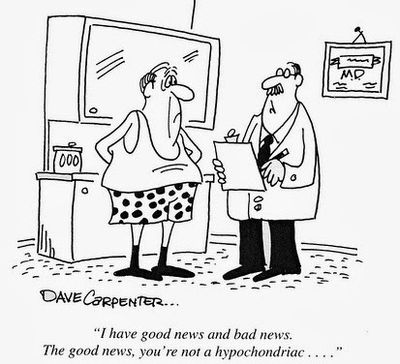 @Minivanman  The wording of your posts, indicated that you had not already "made arrangements"... therefore my post was valid.

However, this thread is a timely reminder to all, no matter what age, or health status, that wills and other information should be shared and available, should your demise happen sooner than anticipated.


I wouldn't want to know. Too many straws have been piled on this camels back over the years. If I make it to 50 or even 60 I'll consider myself lucky.

Well I hope you make it well past those ages but you might not consider yourself lucky, trust me the older you get the more problems you have with your body, from various aches and pains, sight, hearing, strength and a load of other things

True some are more fortunate than others but it's better to do the things you want to at your age as later you may be unable or restricted in doing them.

We are born into history and history is born into us.
Message 14 of 25
(822 Views)
Reply
1 Thank
1 user liked/thanked this post: rongtw.

Have another read friend..

"....so that I could make full and final arrangements for my family".

I sometimes wonder if we are reading the same posts here or skipping blind over what was actually written.


Don't limit the friends you haven't met with arguments you'll never have.
Message 15 of 25
(819 Views)
Reply
0 Thanks
Topic Options