Moves under way to legalise drug possession (and by implication) the taking of drugs?

Well it's an idea being put forward by one commitee of MP's - and not before time in my view, and beyond time to direct resources especially those of the police to far more serious crime, and crime that might well be reduced once corner shops and the like stop being robbed and burgled in order to fund the habit.

Want to stock up with bottles of booze be my guest as there is no law against it.

Want to buy drugs and lead a life on high then knock yourself out without there being a law against it.

I have not read the linky.... but presumably, the thinking behind this is similar to the ending of smuggling of booze and baccy, when there was so much tax applied, in the "good old days" of dick turpin.... et al...

Lower or remove the taxes, and the price becomes more affordable....

remove the "illegal possession"  ? ? ?   will that reduce the number of dealers?  or make it more worthwhile  "getting in on the act" ... and building up your own empire/street supermarket company to sell the drugs.

Will those "unfortunates"...aka the users.. be able to buy more cheaply, therefore, they will not need to "go on the rob"... of shops or private premises, etc... to fund the habit..

more to this than just making it legal... methinks...

I hate the idea of cannabis being legalised, the stuff stinks and is frustrating. We have neighbours who smoke it with their windows open and stink the entire neighbourhood out. It's awful stuff.

If you're a smoker of it I wouldn't expect you to realise how bad it is.

We have the same problem of pot smokers round here too, some days it's gotten so bad I've almost thrown up because of the stench, thank goodness I have a gas mask to help, but there shouldn't be any need for it, yet there is, because they're inconsiderate so and so's who just don't get that what they're smoking smells worse than the inside of a london sewer... 🙄

This idea might well have come about for several reasons, one reason being that the police do not have the resources to deal with the numerous people who are using these drugs and in cases where they take action it reduces the number of people taking drugs indeed a prison appears the ideal place to get drugs if press reports are accurate !

The second reason is money, the government have seen some states in America make cannabis legal and thus tax it so better that the government makes money rather than the dealers.

In my opinion there is a major flaw in the thinking of those who wish to make it legal, consider for a moment another legal drug...

Now most of us can take a drink or two without causing any trouble but we are all affected differently by a drug and we have all seen the effects on some people who cannot hold their drink, is cannabis any different, some suggest there is also the question of use by young people triggering mental illness....unproven either way but needs to be clarified ?

Then there is driving, of course it will be illegal but there are bound to be accidents caused by people using cannabis.

For some it might be just the first step to harder drugs....

Once it becomes legal it would almost be impossible to make it illegal again, the genie is out of the bottle !

So a lot to consider before making it legal.,

How do you know the stuff smells worse than a London sewer ?

Joking apart all smoking stinks to me and the place is much better off with fags banned from resturants, buses etc.

Sounds to me that TPTB are finally realising that if people are going to do something en masse anyway, there's no real way to police it.


How do you know the stuff smells worse than a London sewer ?

It's a plophole down there in that london, and we all know how bad plop smells... 💩

Out of curiosity I ventured onto the "Darknet" a couple of days ago. It didn't take too much effort to find out how to buy Bitcoin and launder it to break the trail inherent in the technology. It was equally easy to find one of the  sites where all kinds of illegal drugs are on sale. No need to go in dark alleyways to get supplies.

However much the authorities try to ban the sale of "drugs", it is not going to work and it just sets up opportunities for criminals to make a profit.  It would be far better if these substances were available for adult personal use from a local pharmacy on production of a valid Identity Document.  The authorities would be better placed to give advice at the point of supply, and also raise some tax income while depriving criminals of income.

Very true and easy to locate just about anything apart from a nuclear bomb. But can you be sure what you are getting... or if that bomb would go off.


Don't limit the friends you haven't met with arguments you'll never have.
Message 10 of 43
(713 Views)
Reply
0 Thanks


Out of curiosity I ventured onto the "Darknet" a couple of days ago. ...

Coincidentally or not as the case may be, the BBC announced a couple of days ago that they were going to mirror their website on the dark web to avoid censorship by certain governments.

Perhaps that's what lead you there?

The very fact they've done that might in the eyes of Joe Public replace the sinister nature normally attributed to it, such as when reporting on nefarious activities involving paedophile rings, terrorism, drug transactions etc. , with an air of legitimacy, which in turn might encourage interest from Joe, leading to an increase in the number of people venturing there and participating in such things.

Well once they start selling the stuff in supermarkets, I'll be down there like a shot. 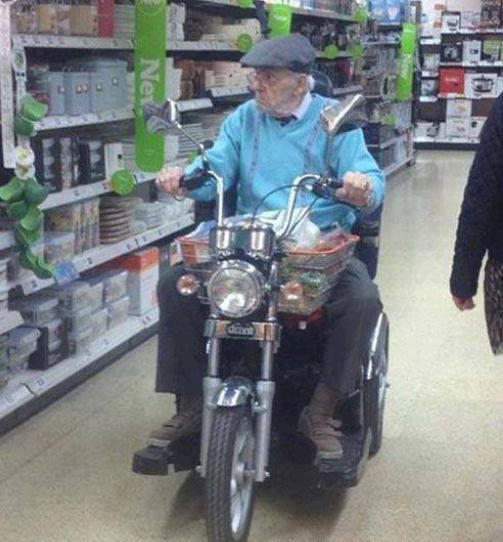 @RobPN What led me there?

Curiosity. I like to keep up to date on IT developments, and practical experience coupled with research is an ideal way of discovering the extent of one's lack of knowledge. If your studies are passive, as in read only, you may think you understand a topic when in fact there are gaping holes in what you know.

So all those who have read for a degree have wasted their time, is that what you are saying?

Not everybody has the opportunity or indeed the desire to go into research.... or even a time machine to understand history or theology.


Don't limit the friends you haven't met with arguments you'll never have.
Message 14 of 43
(645 Views)
Reply
0 Thanks

As usual MVM, I cannot fault your logic