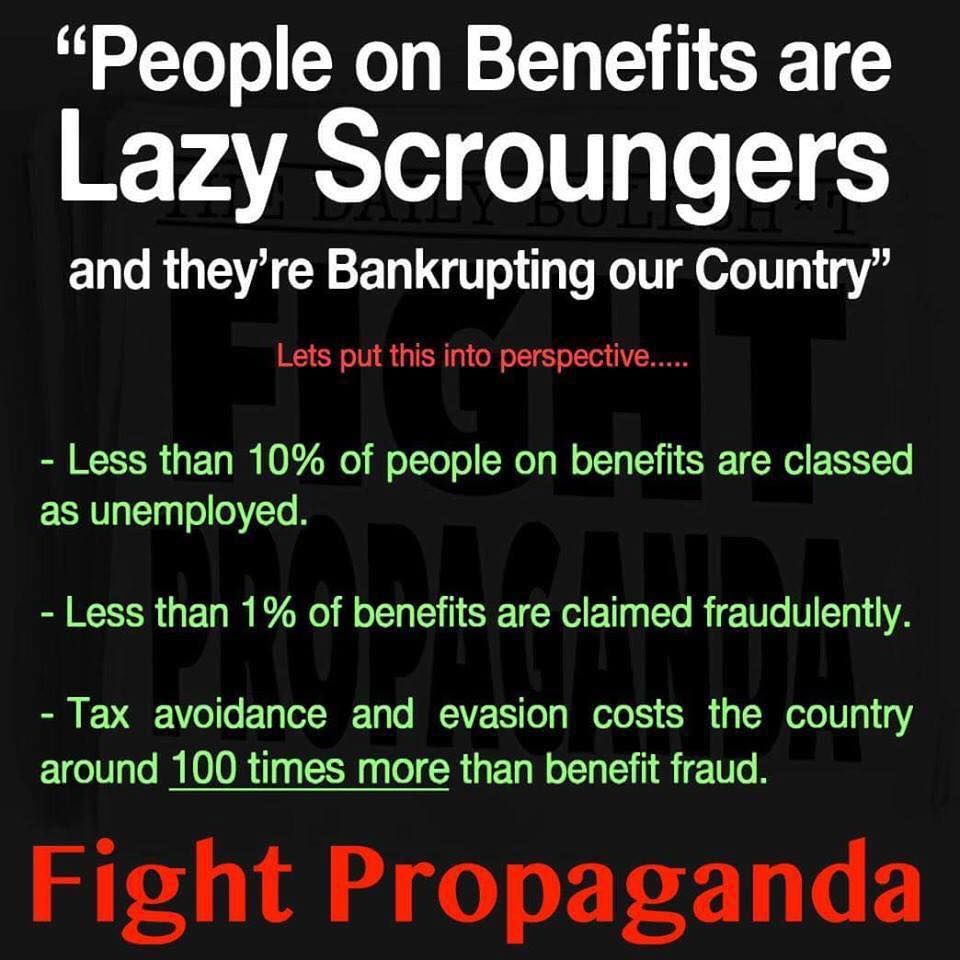 Compare yourself to who you were yesterday, not who somebody else is today
Message 1 of 31
(598 Views)
Reply
0 Thanks
30 REPLIES 30

Tax avoidance doesn't cost the country a penny. Avoidance is not a crime.

It's the politicians fault if they can't draft legislation to drain the people with a lot of money.

Well it depends how you define costs of course, but it's a published fact that tax evasion 'costs' the country billions.

PS. The man has a plan


Compare yourself to who you were yesterday, not who somebody else is today
Message 3 of 31
(574 Views)
Reply
0 Thanks

Amazon and the like practice corporate tax avoidance (not evasion) - so that's OK then.

It does not matter which category is mentioned in the op, all those things should be stopped, comparing one against the other is irrelevant unless it is to emphasise what the media concentrate their attacks on but most reasonable people believe little of whats in the media these days

Isn't that the whole point, because that's exactly what the media is telling us these days - which to repeat is what the comfortable majority want to hear!

From the screeching scratching headlines of that most popular of newspapers to a whole range and television programmes about people on benefits, court bailiffs knocking on doors and yes, even the police chasing the 'lower end' of society for whatever reason. It's all there to be seen, read, and swallowed by the opened mouthed ready to receive in comfortable disgust.

Do we believe it and do the care either way? Well quite honestly, probably not.

Scroungers and the like are just one side of several coins and it's getting harder to know what to believe - which makes cynics of us all. Putin and Trump are both bads guys, China is criticized for building missile bases on those islands whilst surrounded by the US missiles on many more, and Teresa May is the Joan of Arc of Brexit in one publication and drawn as some white faced ghoul by a political cartoonist in another. As for stopping anything, like that is going to work. if only eh?

Thankfully we can still believe in Santa Claus, the Easter Bunny, and a long hot summer in 2017.

Compare yourself to who you were yesterday, not who somebody else is today
Message 6 of 31
(499 Views)
Reply
0 Thanks

so if benefit costs us X then surely they know who is doing it and then stop it thus eliminating it altogether!
Problem solved. Unless X is a guess and they don't really know. That would be shocking

Or did they use a model (that cost more than avoidance and fraud put together) which came up with 42..
Customer / Moderator
If it helped click the thumb
If it fixed it click 'This fixed my problem'
Message 7 of 31
(492 Views)
Reply
0 Thanks

I can't parse that first sentence.


Tax avoidance doesn't cost the country a penny. Avoidance is not a crime.

It's the politicians fault if they can't draft legislation to drain the people with a lot of money.

exactly. tax avoidance is perfectly legal.
in fact, i'm sure almost everyone would do it if they had the opportunity or knowledge. anyone who says they wouldn't on "moral grounds" are simply lying to themselves.

and if you think about it, how many of those "moral grounders" are actually guilty of tax evasion by receiving money for a job they have done for someone and not declared it as income to the tax man.

we spend more money on foreign aid, we should can and direct that money to UK services instead.
as they say, charity begins at home.

with regard to the original post, it's quite ironic that it says "fight propaganda" when that itself is propaganda!

Well I am a tax "avoider".
However, I am so since I have NO income (of any kind including benefits), does that make me someone the tax man will chase.
He has already sent me a new tax code of BR. Which means that even if I got a job I couldn't afford to keep it as they would want 25% of it straight away. (and no I don't owe the tax man any money!)

The couple a few doors down have loads of kids, purely to keep them rolling in money.
Massive TV with xbox 1, plus additional tv for "tv", etc,etc.

taxman doesn't chase tax avoiders, as it's not illegal.
they only chase tax evaders.
Message 11 of 31
(446 Views)
Reply
0 Thanks

Well in my book avoidance is just a synonym for evasion.

We all know what we mean and sure, we all have a moral compass that could do with a bit of calibration at times but the whole point of the post is the blame game by the media.

But there you go, I guess it's easier to catch to poacher and not the landowner - evasion, avoidance, or otherwise.


Compare yourself to who you were yesterday, not who somebody else is today
Message 12 of 31
(439 Views)
Reply
0 Thanks

Tin hat and dig yourself  a foxhole I'd say!

PS. I think that one child policy of China's is now being phased out. Also, we are taxed on what we spend as well as what we earn. What a bummer eh?

Compare yourself to who you were yesterday, not who somebody else is today
Message 13 of 31
(431 Views)
Reply
0 Thanks

"with regard to the original post, it's quite ironic that it says "fight propaganda" when that itself is propaganda!"

How is it propaganda @chenks76

I suggest you look up the meaning of the word as it was neither biased or misleading..... unless know and can show different?


Compare yourself to who you were yesterday, not who somebody else is today
Message 14 of 31
(423 Views)
Reply
0 Thanks

it's clearly biased toward pushing the tax avoidance agenda.
Message 15 of 31
(420 Views)
Reply
0 Thanks
Topic Options