It's been one of those days..

It's been one of those days..

So needing two stairgates fitted to the wall I thought I better get myself a stud / metal detector so that i don't drill into any wires or pipes etc.

£40 later B&Q are a tad richer. Get the thing home and after finding their instructions are actually pictures that describe nothing, I figured i'd have to use good old fashioned intuition to figure it out. Well.. I did... but the [-Censored-] thing claimed that half the wall was having electric cables inside it... then my tool box was also live... and the stairgates also carried AC.... along with a wooden desk.... you name it and it would find AC electricity anywhere on or in anything.

So today i took that back. While explaining to the manager that it was utter [-Censored-], she managed to break it trying to remove my 9V battery (which I had to purchase seperately elsewhere as the [-Censored-] thing came without one). B&Q charge £4.50 for a 9v battery - can you believe that? The stud detector (Stanley fatmax 300) is also just £15 online so be warned about B&Q..

So with my money back i went offon the prowl and found a rolson stud and mains detector for a tenner. Great! Got that home, duff / intermittent battery connection. Took that back, got another, got that home... guess what? it doesn't detect anything! Not even mains AC when put right on top of an extension lead!

Oh and while i was there i picked up a selfie stick that works the camera by bluetooth... guess what? phone is having none of that!

Oh and the BBQ refused to burn.....the two lighters also refused to give me a flame....

Fortunately that would be yesterday.

I can't see a future for B&Q. They are closing stores and I just use them for research and then buy online.

In the dim and distant past I did buy a fitted kitchen, laminate flooring, light fittings etc but my DIY days are gone and I think that's similar with generation rent

I can't see a future for them either. Nearly everything I've bought from them in the last five years has ended up going back due to shoddy quality. I kid you not in 2010/11 we returned a barbecue that couldn't take the heat!
I need a new signature... i'm bored of the old one!
Message 5 of 15
(1,666 Views)
Reply
0 Thanks

B&Q's original business model was to shut down the local hardware shop (of the two Ronnie's fork handles fame) and then jack the prices up, but they were outmanoeuvred by t'internet. Fortunately in our local town of Filey we still have a traditional hardware shop which doubles up as a locksmith. I think that's because of the number of holiday flats, small hotels and boarding houses who support it

As for B&Q the comments made come as no surprise to me, the local store closed just before Christmas, amazing it lasted so long, just about anything I ever got from there was faulty, even a simple dimmer switch did not work, on returning it I was told,"We can't take it back because you have opened the packaging"

Not sure how you can use something without removing the thick plastic package which I am convinced is used to stop you getting the item out without damage to your scissors or hand, anyway when I asked was it their policy to put faulty electrical goods back on the shelf my money was refunded.

B&Q's prices used to be pretty competitive. Whenever I have looked lately, they haven't been. So I tend to use the local hardware shop (depending on what I want), also Toolstation or indeed Screwfix (owned by Kingfisher who own B&Q!), as well as on-line.

I often buy from Screwfix across the road from our local B&Q as they are way cheaper.
Cable locator I have a Bosch GMS120. A bit pricey but no false positives and pretty accurate.

B&Q and Screwfix are effectively the same company.

Kingfisher, the owner of DIY chains B&Q and Screwfix, is to close about 60 B&Q stores in the UK and Ireland over the next two years.

But it plans to open 60 new outlets under its Screwfix brand this year.

That, as the date implies, is old news Jeremy

It is worth persevering with the stud/cable finder.

In our old London  house. I was doing some DIY about 10 years ago. I was putting up shelves  which required some drilling in the wall. Where I was drilling was well away vertically and horizontally from any outlet/switch/light.  Suddenly there was a loud bang and a bright flash. I'd drilled through an electric cable which fed an old electric clock. It was three feet to the right and above of where I'd been working. A some point some idiot had buried the cable running diagonally under plaster.

Reminds me of when I was redecorating the master bedroom when we lived in London back in the mid 90's. After peeling off (the several layers of) wallpaper I noticed two lots of bare-ended cable and some holes in the wall where the previous owners had obviously installed some wall lights. 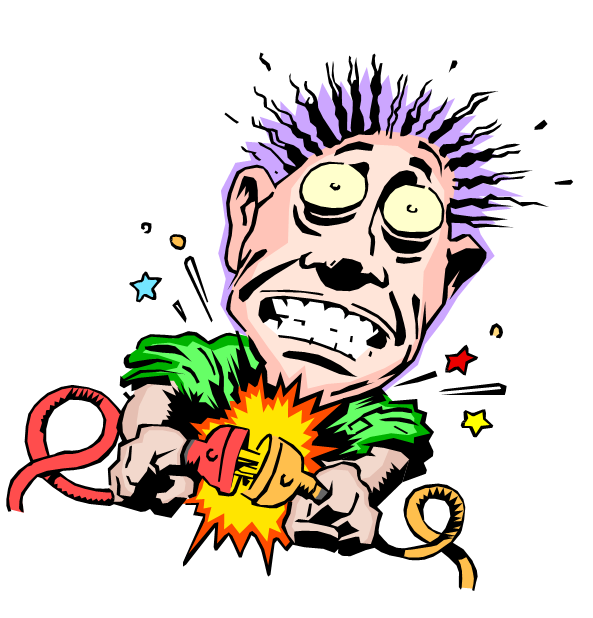 Those electronic stud detectors can be pretty useless, mine beeps every time I hold it...

Call me 'w23'
At any given moment in the universe many things happen. Coincidence is a matter of how close these events are in space, time and relationship.
Opinions expressed in forum posts are those of the poster, others may have different views.
Message 15 of 15
(1,518 Views)
Reply
0 Thanks
Topic Options