cant see where it was, you didnt quote the previous page

Another Joke,
Have you seen all the moans this weekend over the 100GB a night downloader speeds?  and a moderators reply to one of them?  - a clue he is/was a friend of yours
Message 18 of 517
(3,278 Views)
Reply
0 Thanks

This is about the only printable joke Jethro has ever come out with.....
A country vet was just finishing his daily surgery when the phone rang.  It was a local farmer, who announced "Our dog's gone and swallowed a condom!"
"Right," said the vet, "don't worry, I'm on my way."  He put the phone down, grabbed his bag and was halfway to the door when the phone rang again.  It was the farmer, who said "It's alright, no need to rush - we found another one in the drawer..."


You want to try getting down to hillsborough most saturdays,now that would make you laugh,5 minutes in the boardroom and you would be howling with laughter and yes i am a Wednesdayite,hope this is not too political for plusnet forums,they can try and sue me if they want to at hillsborough.Owls forever,ray.

I couldn't agree more with the thread starter. (EDIT - The word 'more' was added!)
This forum isn't what it used to be. Admittedly I'm a miserable old sod most of the time these days. Life is getting harder weekly and it does get me down - as I expect it does many of you guys. Depression on top doesn't really help either so I find it hard to stay positive.
Thing is, we're taxed to death (quite literally - apprently you pay tax on your pension!) and the government don't give a damn. Its all tax tax tax with this government. Green movements don't exist, they just use the green thing as an excuse to raise tax on cars. No outlawing new polluting car sales to force manufacturers to go green, no... just tax rises.
This country has become a disgrace. Yet if you're from abroad they'll do anything for you - free food, accomodation, benefits etc. I've even heard of some asylum seekers being put into 5 star hotels! Thats how much we value foreigners who have no intention of working to pay their own way. If I went on the dole tomorrow I'd be treated like dirt. Because I choose to work to try and survive I'm treated just as badly. Where is the logic in that?
I would however like to take this opportunity to apologise for being a miserable git and if I cause any offence to anyone I also apologise.
I need a new signature... i'm bored of the old one!
Message 22 of 517
(3,281 Views)
Reply
0 Thanks

Yes its all a matter of degree, a Standard pensioner on a state pension is probably not got a high tax demand, on the other hand if you are getting 20-40 thou, dont you expect to pay tax?
Message 23 of 517
(3,281 Views)
Reply
0 Thanks

You have my sympathy okrzynska - there are lots of things that seem to be wrong with the country and if you are prone to depression these things do get you down.
The only thing is, however bad a state we imagine we are in, there are millions of people who are in a much worse one.
I know that it might not be too helpful, but the old saying about counting blessings is still true.
Meanwhile, things being as gloomy as they are, a bit of humour does brighten the day and the forum is a good place to air your views and feel connected with the folk, which must be good for the spirit.
Message 24 of 517
(3,281 Views)
Reply
0 Thanks

OK, forget the doom and gloom for a while, here's a couple more to be going on with.....

A magician worked on a cruise ship.  The audience was different each week so the magician did same tricks over and over again.
There was only one problem: The captain's parrot saw the shows each week and began to understand how the magician did every trick.
Once he understood, he started shouting in the middle of the show, "Look, it's not the same hat!" or, "Look, he's hiding the flowers under the table!" or "Hey, why are all the cards the ace of spades?"
The magician was furious but couldn't do anything. It was, after all, the   captain's parrot.
Then one stormy night on the ocean, the ship unfortunately sank, drowning almost all who were on board.
The magician luckily found himself on a piece of wood floating in the middle of the sea, as fate would have it. with the parrot!
They stared at each other with hatred, but did not utter a word.  This went on for a day.. and then 2 days... and then 3 days...
Finally on the 4th day, the parrot could not hold back any longer and said...
"OK, I give up. Where's the f***in' ship?"
------------------------------------------------------------------------------------
A big Texas cowboy stopped at a local Mexican Restaurant following a day of drinking and roaming around Mexico. While sipping his tequila, he noticed a sizzling, scrumptious looking platter being served at the next table. Not only did it look good, the aroma was wonderful .
"What is that you just served at the next table?" he asked the waiter. "Ah senor, you have excellent taste!" the waiter replied.  "Those are the bull's testicles from the bull fighting this morning. a true delicacy!"
The cowboy, though momentarily daunted, said "What the heck, I'm on vacation down here - bring me an order"
"I'm sorry senor" the waiter said "There is only one serving per day because there is only one bull fight each morning. If you come early tomorrow and place your order, we will be sure to save you this delicacy."
The next morning, the cowboy returned and placed his order. That evening, he was served the only special delicacy of the day. After a few bites and inspecting the contents of his platter, the cowboy called to the waiter and said "these are very delicious, but they are much, much smaller than the ones I saw you serve yesterday?"
The waiter shrugged his shoulders and replied "Si senor, sometimes the bull wins!"

And now back to the topic,
This little boy goes to his dad and asks, "What is politics?"
Dad says, "Well son, let me try to explain it this way: I'm the breadwinner of the family, so let's call me Capitalism. Your Mom, she's the administrator of the money, so we'll call her the Government. We're here to take care of your needs, so we'll call you the People. The nanny [babysitter], we'll consider her the Working Class. And your baby brother, we'll call him the Future. Now, think about that and see if that makes sense."
So the little boy goes off to bed thinking about what Dad has said.
Later that night, he hears his baby brother crying, so he gets up to check on him. He finds that the baby has severely soiled his diaper. So the little boy goes to his parents' room and finds his mother sound asleep. Not wanting to wake her, he goes to the nanny's room. Finding the door locked, he peeks in the keyhole and sees his father in bed with the nanny. He gives up and goes back to bed.
The next morning, the little boy says to his father, "Dad, I think I understand the concept of politics now." The father says, "Good son, tell me in your own words what you think politics is all about."
The little boy replies, "Well, while Capitalism is screwing the Working Class, the Government is sound asleep, the People are being ignored and the future is in deep link:removed."
[Moderator's note by Daniel (Assos): Removed avoidance of the swear filter.]
Message 27 of 517
(3,281 Views)
Reply
0 Thanks

The following probably deserves to be in one of several topics, but I'll put it here;

A lot of folks can't understand how we came to have an oil shortage here in the United Kingdom .
~~~
Well, there's a very simple answer.
~~~
Nobody bothered to check the oil.
~~~
We just didn't know we were getting low.
~~~
The reason for that is purely geographical.
~~~
Our OIL is located in The North Sea
~~~

Our DIPSTICKS are located in Westminster !!!
Any Questions

NO? I didn't think so!!
Experience; is something you gain, just after you needed it most.

When faced with two choices, simply toss a coin. It works not because it settles the question for you. But because in that brief moment while the coin is in the air. You suddenly know what you are hoping for.
Message 29 of 517
(3,281 Views)
Reply
0 Thanks

@petlew wrote:
Has the chit-chat forum lost it's sense of humour? Someone said to me the other day that their sense of humour isn't what it was, and I think he may be right......

Good point. Humour evolves and what some find funny, can become offensive to others. The choice of words can also inflame.

Personally, I find some swear words offensive if it's used as padding and not critical to the pun (no example supplied).

I also find play on words and pictures can say a thousand words, as per the image examples below on dogs. 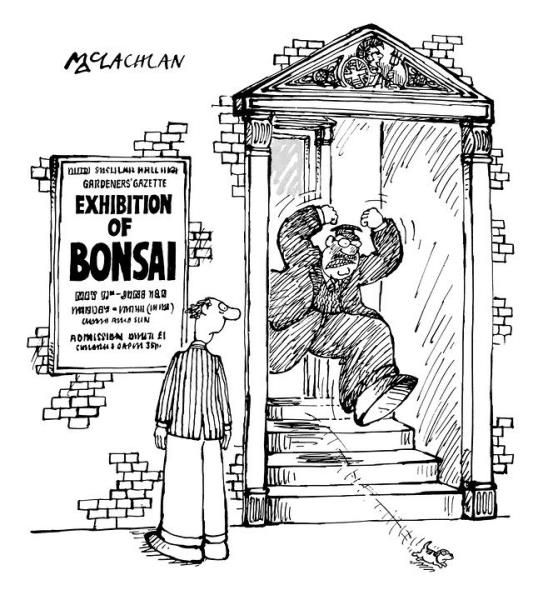 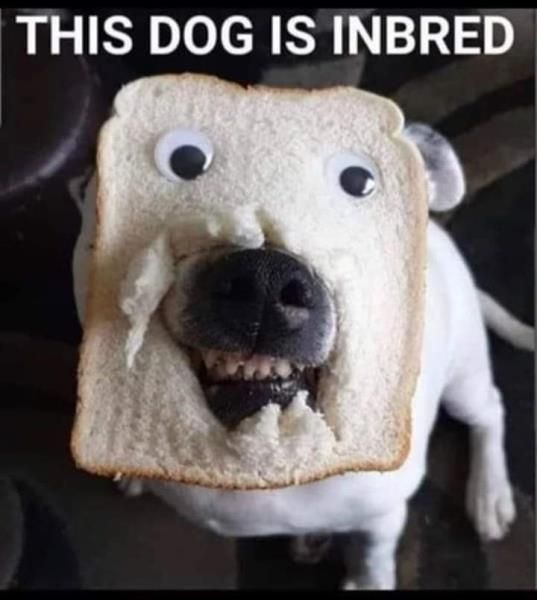