Help can we bring Brexit back!! Sound like the BBC is going to give us 12 months of Saint David panicing about global warming.

He may well be a guy with good intentions..... but he is a real "turn off" or "change the bldy channel quick" person when I see/hear him on the telly.

His kind, are only after one thing... and it`s nowt to do with global warming... it is to set up more "nature reserves" so the can swan around in them, feeling smug...

The world is gonne end, when it`s time comes.... just the same as it does for human beings... or whatever animal, or vegetable life is around.


it is to set up more "nature reserves" so the can swan around in them, feeling smug...

Yeah,  set up more nature reserves, ban any fire or forestry managment so that when a fire does start it decimates thousands of square miles with uncontrolable fire, killing animals as it goes - instead of a bit of common sense and being able to control the fires..... Environmental fundamentalists should be in the front line helping put out the fires that they caused,  its not climate change its the greenies hot air ...

What gets me is the constant bleating in this country. Why aren't these people travelling to those countries opening new coal fired power stations to lecture their population or bringing the real cause of global warming to the fore, that is, over population? Excessive greenhouse gases is not the cause of global warming, they are the effect of over population. Unless this is accepted and the continued growth of the global population is addressed then emissions will never be controlled.

Global warming and the resultant demise of the human race is inevitable and will happen relatiely soon. billions of years before planet Earth and some forms of life finally come to an end.

@Baldrick1 Lets face it we could go back to living in mud huts and give everything up and it wont make a bit of difference ( maybe give us an extra 5 mins on earth) if the big poluters do nothing.

Many people have the need to worry about something and this type of thing is food for them...some even get directly involved, if it wasn't climate change it would be something else.

In some ways I wish they were right about climate change as it's B cold in this part of the country and a few degrees more would be welcome.


@Baldrick1 Lets face it we could go back to living in mud huts and give everything up and it wont make a bit of difference ( maybe give us an extra 5 mins on earth) if the big poluters do nothing.

My point is that the world population has increased 8 fold since 1800 and is still rising at an alarming rate.

You need to take out climate change insurance....and don't fly or go by ship as this makes it worse. 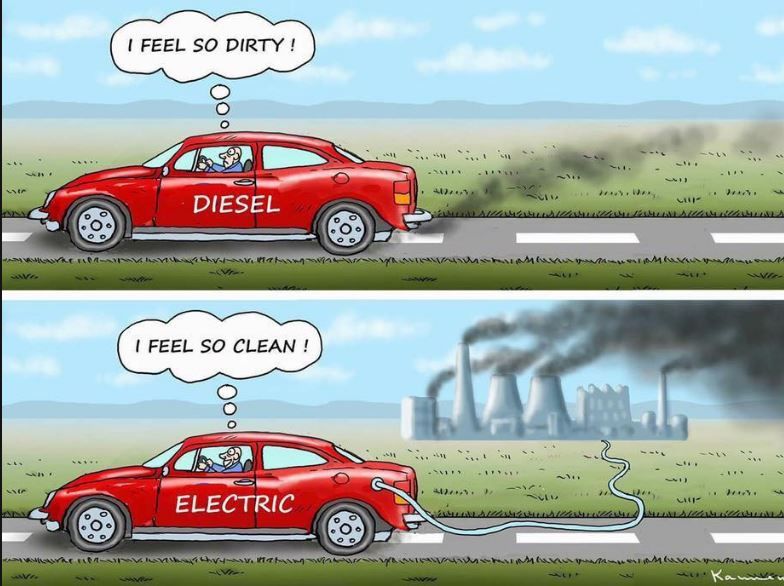 Don't limit the friends you haven't met with arguments you'll never have.
Message 10 of 17
(437 Views)
Reply
2 Thanks
2 users liked/thanked this post: Strat, Jonpe.

If we fail to generate enough electricity for all the electric cars in the future, we cannot have the roads blocked, cars will be the priority users so power cuts in the home....

Followed by the usual long enquiry which answers nothing...with no one taking the blame.

I wonder how the likes of Australia survived all those millions of years before we came along with our 'controlled burning'.

Fires were probably still frequent with lightning to ignite them,  but there was no human infrastructure to be destroyed and they burnt themselves out, protecting the area from burning for many years after,  but in the 60,000 years and counting that aboriginals have lived on that continent they undoubedly used fire to hunt and to clear underbrush away.   There is also tropical rainforest in the northern parts which is wetter and not so suceptable to fires,  the main areas of bushfires are in the south eastern and south central areas where the highly flammable Eucalypts grow.

Don’t worry you will get plenty of warning in the form of mass migration from arid parts of the world leading to wars over this and insufficient food. Your holiday should be safe but I do worry about the state of the world that our grandchildren will experience in their lifetime.

I would suggest that is already starting to happen.

It already is because of what has become known as the north south inequality divide and the population of this planet is definitely shifting, bringing with it as it does the luggage of culture and religion which cannot be easily absorbed or assimilated in such a short space of time - and all of which adds dissent to hunger, need and safety.

It's going to worse and I see little to slow it down. Like a car from the industrial revolution being taken out of gear with the engine switched off, but still gathering speed no matter how hard you try hitting the brakes.

Woke capitalism is trying to do it's best, but we are all still consuming... and we are all part of the problem.

It was nice while it lasted planet, sorry about the mess.


Don't limit the friends you haven't met with arguments you'll never have.
Message 15 of 17
(371 Views)
Reply
0 Thanks
Topic Options