No I don't mean god but the hidden hand, behind the iron curtain, the ones you don't really see much or at all. 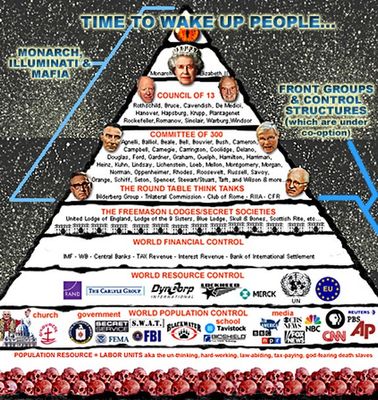 Yeeesssss. You'll be telling me next that the stuff high flying aircraft leave behind is chemtrail!

Minivanman I don't support any of it. Not anymore and nothing sad about not voting for corrupt, criminal run governments that are all in it together.

No point voting Lib-Lab-Con because it won't make any difference to what they do or don't do.

You could always move to Venezuela

does internet work in Venezuela ?

I see the man who waged war on pensions and allowed the banking system to get into chaos (Gordon Brown) has the front to claim the Tories are waging war against the poor.

I am surprised Clown Brown has the nerve to come out with a statement like that. He has a short memory.


I see the man who waged war on pensions and allowed the banking system to get into chaos (Gordon Brown) has the front to claim the Tories are waging war against the poor.

How much £££ does he make from those speeches is the bigger question.

He earns thousands and has done for quite some time, but for a man who is worth millions according to one report, what does it matter other than him being just another hypocritical 'Socialist' swimming in an obscenity of wealth.

I live in a marginal constituency, and last night I discovered that the Green candidate's nomination had been withdrawn in order to help Labour.  So much for democracy.

That's how it works sometimes. Here in Wales many get miffed when having voted for Plaid Cymru they side with Labour in the Senedd. More recently Plaid were neck and neck with them and hey presto, the single Liberal Democrat member went over to the Labour benches!

As an Independent candidate in a Local Election I was once asked to step aside by Plaid so that they could have a free one-to-one run at them but much to their dismay I refused.

Surprised to hear it of the Greens though.

PS. This one? Pressure from the local Asian community maybe.

Now Mr McDonnell, the Brown clone, plans a £26 Billion raid on pensions with his supposed Robin Hood Tax on the financial markets.  If he was going to use that money to invest in a national pension fund to provide long term support for the State Pension, fair enough, but he won't. The money would be released to general spending.

they all keep spouting about defense spending ,, well here is what a General says

well Labour has released its manifesto in my city Bradford today

from the comments in the local paper i just had to copy and paste this one , made me giggle

Did anyone see the shower of [-Censored-] (aka the shadow cabinet) which trooped in, gurning like idiots with comrade Corncob? A more motley bunch of misfits in politics would be impossible to find - terrorist sympathiser McDonnell, fat, sweaty racist Abbott, thick as a post Long-Bailey, haven't a clue Rayner, opportunist par excellence Thornberry, Shami 'whitewash for a peerage' Chakrabarti etc etc...

Prior to the grand entrance of these clowns we witnessed the awful spectacle of the anti-semitic Naz Shah, covered in so much make up it would require serious facial surgery to remove it, fawningly embracing her career saving apologist party leader. Nauseating in the extreme.

If this lot win the election - unlikely as it must seem to any sane individual - the UK would rapidly sink into an abyss of debt, instability and economic meltdown coupled with Corncob's wayward leftist policies of state control, uncontrolled spending and borrowing, taxing everyone and everything that shows any sign of aspiration, AND unfettered and unwelcome immigration, which Corncob is all in favour of.

Corncob's Labour party is a threat to us all. Heaven help us if he wins on June 8th.