As remembrance day approaches I'm reading that the BBC have now banned.presenters from wearing the red poppy.

Have to admit I'm in two minds about this as I think it should be about freedom of choice, but it should also be the freedom not to wear one as it does seem that over the past few years many feel obliged to do so in order to be politically correct. For example and maybe others will disagree, those that sparkle or the enamel ones taken out of the draw each year do strike me as rather odd as I would much rather pay my pound and buy a paper one.

What do you think guys?

PS. French presenters for example, do not wear the blue cornflower. 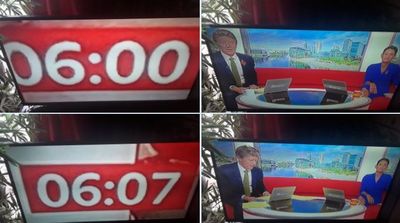 Yeah... it`s barmy... but that`s the new name.... especially if you try to figure out the background to Channel 2  ..... Barmy Broadcasting Company...


As remembrance day approaches I'm reading that the BBC have now banned.presenters from wearing the red poppy.

That article was written in 2001, and I'm not even sure it was true then.

Thanks for pointing it out, never realised.

Just goes to show just how much we have to verify things these days and how easy it is to get it wrong.