Farrage has spoken against UKIP's leader's appointment of Tommy Robinson, the one time leader of the English Defence League as an adviser. That is welcome, but am I convinced that our Nigel was unaware  a party like UKIP could move  toward fascio- nationalism? Either he is more naive, than I could have thought, or, perish the thought

, he is exercising his dissembling muscles.

So a fringe party is going to appoint a convicted bigot as an adviser? Looks like suicide to me.

Does UKIP have a reason to exist if we leave the EU?

NO! As is obvious - they are/were a one-trick pony. 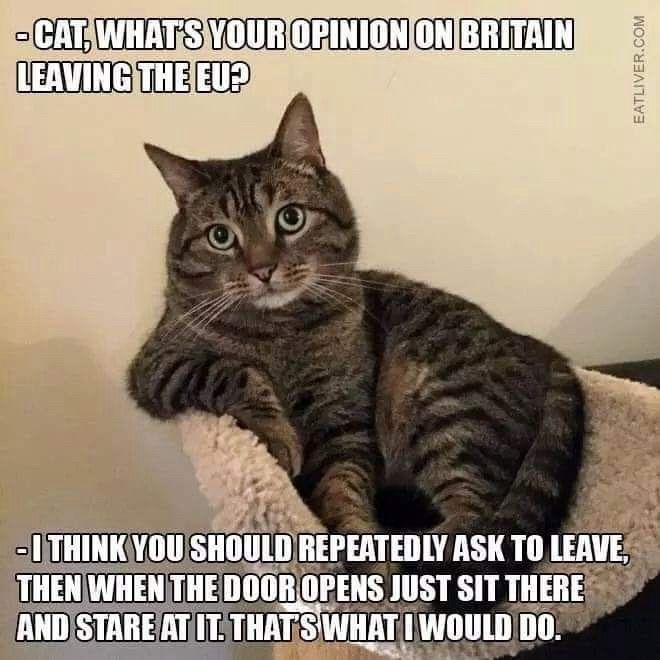 I cannot disagree with all your thoughts, but organisations are capable of morphing in to something different. Do you think UKIP is incapable? That's why I posted as I did. I'd like to believe utterly in Farage's shock, but the likes of that  Brexit poster do not help me, nor does it that his wife (now estranged) is German. In all my thoughts are directed on his character atleast as much as UKIP's.

No one has to agree with my opinion, but in the time I have left a miracle would be nice.
Message 5 of 12
(689 Views)
Reply
0 Thanks

I'm not sure what having a German wife would imply one way or another; Gisela Stuart is German by birth and a former Labour MP, yet strongly for Brexit.

@Jonpe Thanks for your comment. I have a vague memory that some did try to disprove xenophobia out of his marriage, as if personal relationships and those beyond may never diverge.

No one has to agree with my opinion, but in the time I have left a miracle would be nice.
Message 7 of 12
(650 Views)
Reply
0 Thanks

Farage has openly said that one of the best things that UKIP achieved was to destroy the BNP.  Farage is not a facist or a xenophobe or a racist he is a nationalist - but some people deliberately merge those for their own ends.  Farage knows more about the inner workings and aims of the EU than most people,  he has worked inside the machine for a long time,  but some people still think the EU is a cuddly teddy bear with only the best interests of the countries it 'controls' at heart - yeah, and my name is Jane Fonda


I cannot disagree with all your thoughts, but organisations are capable of morphing in to something different.

That is true,  a simple, straightforward trading bloc ( the EEC ) has morphed into a micro-managing political project with ambitions to be a borderless federal superstate devoid of any national pride or borders - right on....... I'll stick with UKIP.

@wotsup So it's not Jane Russell then?

Did you mean to address that to @wotsup ?

No one has to agree with my opinion, but in the time I have left a miracle would be nice.
Message 12 of 12
(557 Views)
Reply
1 Thank
1 user liked/thanked this post: Jonpe.
Topic Options