FIFA have banned the wearing of poppies on players shirts for the England/Scotland game...personally I think this is absolutely disgusting coming  from such a corrupt organisation.

No surprise there, they're a disrespectful organisation through and through...

It makes no sense, as this news item points out they only ban 'political, religious or commercial messages' - so which category do poppies fall into?


Don't limit the friends you haven't met with arguments you'll never have.
Message 3 of 43
(919 Views)
Reply
0 Thanks

I know they won't, but the players should wear them, and tell FIFA where to go - I read elsewhere that FIFA regard them as a 'political' symbol - WTF???

First England Scotland match 1872, FIFA founded 1904, what's it got to do with them?  We invented the game and they've done nothing but screw it up since they came on the scene.  Some jealousy I think

There's a petition on change.org

"in 2011 they [FIFA] allowed armbands embroidered with poppies to be worn."

Well FIFA say it's political which is utter nonsense. What next if that's the case, banning the red rose, the three lions or even the name England?

FIFA have shot themselves in both feet over this and no mistake!


Don't limit the friends you haven't met with arguments you'll never have.
Message 8 of 43
(859 Views)
Reply
0 Thanks

FIFA should stick to what they are worst at, namely managing world football.

with 2 teaspoons of curruption

They should tell FIFA to FOXTROT OSCAR! The poppy is not political it's FIFA trying to say it is, as others have said they are corrupt.

Ban FIFA and keep the poppy.

FIFA's decision to ban footballers from wearing poppies on the pitch is "utterly outrageous", Theresa May has said.

The Prime Minister lambasted football's ruling body, saying that it should "get its own house in order" before telling the country's footballers what to do.

Speaking at Prime Minister's Questions, Mrs May said: "I think the stance that has been taken by FIFA is utterly outrageous.

"Our football players want to recognise and respect those who have given their lives for our safety and security. I think it is absolutely right that they should be able to do so.

"I think a clear message is going from this house we want our players to be able to wear those poppies and I have to say to FIFA that before they start telling us what to do they jolly well ought to sort their own house out." 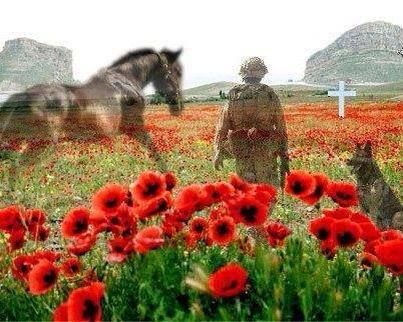 removing FIFA form the equation, are/were the FA and SFA going to force the players to wear one, or would players have a choice in the matter?
if a player chose to not wear one (for whatever reason) would they be singled out as being un-patriotic (whatever that means these days)?

James McClean stands out as an example of this (albeit he is Irish).