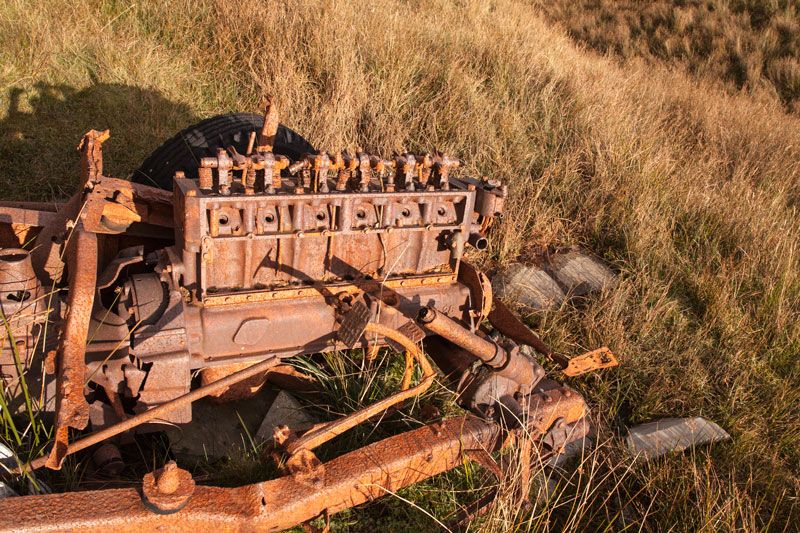 A challenge for someone..any takers

Need something stronger than a 7up before starting that one

Easy peasy, a couple of squirts of WD40 and it'll be up and running in no time!


Don't limit the friends you haven't met with arguments you'll never have.
Message 4 of 6
(336 Views)
Reply
0 Thanks


Easy peasy, a couple of squirts of WD40 and it'll be up and running in no time!

Probably some truth in that!

I dismantled an old engine a few years back that I'd kept as a spare for the renault. It had been sat on a pallet for several years and looked absolutely rotten and useless.

How wrong was I?

I dismantled it, the cylinders looked like new. The pistons were fine. The cams were pristine. The crank was golden. In fact the only one internal component that I could fault was the flywheel which had gone rusty due to having an open section in the gearbox exposing it to the elements. Even the head gasket looked solid for an engine hat was built 15 years prior.

So yeah.. that engine at the top probably isn't as far gone as it may look. I know of a rare engine sat down on a beach somewhere that looks fubar but when I sent photos to a classic vehicle club they asked for details of it as they'd be interested in getting their hands on it. Shamefully that was about 4 years ago and I've never got back there to find out more about it.. but there was definite interest and hope that it was salvagable.

There's also other old wrecks out there that people pull out of rotten barns etc... not started for 30-40 years and people still get them going!

I recently swapped out the renaults engine for another spare I had been keeping (acquired after dismantling the previous one - bought another identical model and broke it up). Got it in, wired up, hit the starter and that sprang into life as soon as i gave it a boost from the jump leads. I did have to change the injectors (forgot to plug the ends of the pipes.. which attracted spiders) but it started, it runs, it does what it should... and that hadn't run for three years!