Just in time: I see one of the new arrivals on Netflix is "Pandemic: How to prevent an outbreak". Maybe it's a training film for governments to follow.

Well for those that survive all of those, perhaps a simple "I win" would make for a suitable epitaph.

Looking back over my seventy plus years I really am surprised I'm still here given all of the ailments and accidents I encounterd from mumps n measles to a very near miss car crash and an electroction... and those are just the ones I know about!

What doesn't kill us death always wins in the end. ☠️


Just in time: I see one of the new arrivals on Netflix is "Pandemic: How to prevent an outbreak". Maybe it's a training film for governments to follow.

Just been watching a couple of hours of that and it's serious stuff.

Recommended? Most certainly, so thanks for the heads up.

Few things beat the adverts on tv relating to 'AIDS'.....no cure for it and if you went anywhere near someone with it you were at risk....the strong warnings were coming from the top experts at the time and it wasn't that long ago......

Reality and fact ended the scare stories and treatment is proving effective...no more panic stories in the press.

As for the Coronavirus much is already known about it and I guess research labs across the world are working on a cure for it...sure thousands may well die and that's sad but thousands die every day from hunger ....

Well at least not yet.

around the workd in very short time scales,  over-confident that science will find a cure for even

the most virulent 'before too many people die'.  Talk about free movement of people, this is free

movement of disease...  We have been doing the same with shipping for hundreds of years now,

and other controls,  but the damage is already done,  with lion fish in the carribean and a host of other

nasty creatures arriving at a place near you  that local critters have no defence against.. we are all

there that want to kill you  and your kids and about how this spray kills 99% and this one 99.9% so get a

hundred litres of it next time you shop, but when it comes to the health of the planet across borders we are so lax...

I am not sure that AIDS can be cured,  it can be sent into remission,  but the virus is still there,  just in quarrantine

in the body for as long as people keep taking the tablets... and if you are not worried about something that cannot

be cured then that really is a problem, especially with boys being girls and girls being boys and then all the hybrids

in between that can self certify ....

That's not quite the case or the full story and I think if you watch that film on Netflix you might well reconsider?

Aids was a real issue at the time and millions have been spent on finding some sort of cure during which time literally millions have died all of which has been masked by it being called the gay plague - which in part it was or at the very least, connected to a certain life style.

"Oh no it wasn't cried the PC brigade" - oh yes it bloody was said the now muted majority.

I won't spoil the viewing of Pandemic by quoting some of what is said and shown, but it really is a most sobering film and one that goes beyond facts about the flu virus by looking at how society has developed and at human nature itself.

Not panicking, just hoping to be better informed. 😃

I have not had the chance to see that film yet but.....how factual is it ?
Is it based on something that really happened or something the film makers think can happen ? ie: like climate change.

Some nasty bug going around here, self and the Mrs have had it for a week or so.....

at the supermarket checkout today, coughing and sniffing with someone commenting we didn't sound very well....

Replied we had just got back from China a couple of days ago.......Mrs was quick to explain to those moving away I was just kidding and we had not been anywhere......


Some nasty bug going around here, self and the Mrs have had it for a week or so.....

Let it be all three and get it over with quickly!


Well, let's just say I'm more worried about slipping off the bog mid-job and landing in the cat litter next to it, anything else, cross that bridge as I come to it... 🤣

Some bridges are more dangerious than others; https://www.youtube.com/watch?v=4uEP-SydXms 😎

@Mav wrote: Some bridges are more dangerious than others; https://www.youtube.com/watch?v=4uEP-SydXms 😎

I dunno, the footbridge near me made from an old railway goods wagon chassis can be wobbly to cross, but I still make my way over it... 😂

The truth of it you'll have to make up your own mind, but I'm buying it. 🙂

Well when the [-Censored-] hits the fan, how many of us here will be in line for the latest flu jab.

No pushing (or coughing) at the back please. Women, children... and old people first. 😷

Non binary, and those that self identify as either an ostrich or a chocolate biscuit please form a circle. 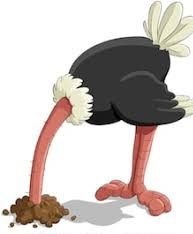 @twocvbloke Well bogs can be very dangerous places..One of our neighbours died while sitting on the bog last night..he was well into his 80s and housebound but RIP.

Indeed, much like Elvis, one of my uncles died on the bog too, it's why I'd be more worried about that than the sniffles, nothing more embarrassing than being found dead with your pants round your ankles!!!  😬

You might be on the wrong track in thinking some viral disease is going to wipe out most of the population......

Until the mid 1800's the population remained steady but has increased rapidly due to our success in treating many of these diseases, these days we are even able to read and alter dna of some diseases even using them to attack themselves, early days but some suggest that most cancers (yes I know that's not a virus) will be eliminated in the next 20 years.

The biggest danger we face is that by defeating nature the population will continue to rise until it becomes unsustainable with all the increasing additional problems that creates on it's way to reaching that point.

Perhaps that should be the concern for the future......just an alternative thought