Several papers are hinting that he might pack it in and resign.

Irrespective of what you might think about him who in their right mind would want to put up with all that BS at age 70.

For those of you near or past 70 would you want all that hassle ? Surely it's a age where you should be chilling out with family & friends and enjoying the finer things in life,

NB: I wonder why we use the term BS ? most of the stuff we see on the roads around here is Cow(sensored)?

Ratio of Cows to Bulls is much higher.

The problem with Corbyn is that he lacks the experience of leadership having never held ministerial office prior to finding himself in the limelight and (as he sees it) a standby caretaker Prime Minister in waiting.

It ain't going to happen and if it does, then Gods help us all as the man would be a bigger disaster than a Boris sized bus.

Experience comes with age and he has only the latter unlike Churchill, who at 70 had plenty of it and in 1944 was the head of a wartime government preparing to invade Europe and reshape the post war world that we know t'day.

The man is out of his league, and should be out on his ear tending to his allotment.


Don't limit the friends you haven't met with arguments you'll never have.
Message 2 of 19
(546 Views)
Reply
0 Thanks

Corbyn will resign, he is a lifelong EU sceptic who has seen party infiltrated with remain membership, he is also scared that if there is another election and he becomes PM he will have to put his money where his mouth has been for last five years or so and do something rather than just sit opposite PM saying no to everything and generally causing mischief to try and keep the shattered Labour party in some semblance of unity.

Considering the alternatives, is it not best to leave him where he is ?


Considering the alternatives, is it not best to leave him where he is ?

Just like Hitler in WW2 the allies considered him to be best left in place because he kept making terrible ( for Germany ) decisions which helped the allied cause no end,  but as you say the alternatives are 'Ronald' McDonald, 'Terrible Tom' Watson, 'emphatic' Emily Thornberry or 'dopey' Dianne Abbot - best leave Corbyn where he is... doing a great job for the Tories.

But seriously, be careful what you wish for!

They might end up with someone with the same political aims, who people will see as electable!

I have no issue with Corbyns political philosophy as they are very much in line with my own - which is anything to the Left of the remnants of the Blairite brigade.

What does worry me apart from the man himself are those in the Party who do not seem to know what they want other than to be in power such as Thornberry and Abbott to name just two. A man is known by the friends he keeps and quite honestly and on that score he gets the thumbs down from me along of course with his wobbly stance on the EU.

He's like an old granddad trying to please everyone and not pleasing anybody as a result.


Don't limit the friends you haven't met with arguments you'll never have.
Message 7 of 19
(489 Views)
Reply
0 Thanks

They're very different to my own which tend to be centre right.

Corbyn and "Momentum" are too far left for me.

We'll have to agree to disagree.

Personally, I've little time for any politicians, and think the whole thing needs a thorough shake up.

Just not if it means some sort of communism by the back door.

I think you'll find the centre Left has much more in common with the centre Right than you think.

Neither has exclusive ownership about what they find as being wrong with the world today and in which direction the country is heading. Which is why I guess so many of us are on the same Brexit bus.

Go far enough to the Left and like going back round in a huge circle, we finish up in the nightmare world of an Orwellian Right. Stalin and Mao had far more in common with the likes of Hitler and Pinochet than we'd like to admit, and ain't that the truth so help us all.

Right, I'm off to see if I have any of that single malt left - there might even be some ice in the back of the fridge!

Bottoms up, as the vicar said to whoever.

Don't limit the friends you haven't met with arguments you'll never have.
Message 9 of 19
(447 Views)
Reply
0 Thanks

Donald Trump is 73, Ronald Reagan was a few days short of 70 when he became president.  It's only in recent times that we've had relatively young elected heads of government, though none as young as Pitt the younger.


though none as young as Pitt the younger. 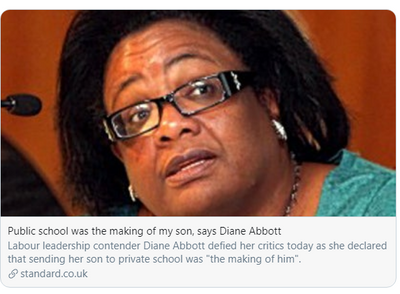 Don't limit the friends you haven't met with arguments you'll never have.
Message 13 of 19
(298 Views)
Reply
0 Thanks

As my old Form Master used to say, "One of the best jobs to have is sitting on the opposition benches, all you have to do is criticise the Government and pray your party never wins an election"

Conference at the moment is full of lots of back slapping applause over it's support for democracy and just how wonderful it will be once they get back into government and restore the power of the unions, self managment by workers and company shares, cap rents, reduce the working week, a ban on zero hour contracts, and build a million new homes.

So many promises and without a magic wand in sight.

What pity that Brexit and their version of democracy is going to bungle it for them.