Seems like the Irish backstop in the implementation proposed is even illegal under EU law.


Seems like the Irish backstop in the implementation proposed is even illegal under EU law.

The same as lawyers said the Government had the legal right to trigger Article 50 without seeking MPs permission?

Looks like a bunch of lawyers bidding for business.

Lawyers will be among the most influential advisers to government over the withdrawal from the EU and the policy agenda going forward. Our profession will have a real opportunity to influence and shape the legal landscape and future reciprocal arrangements not only in post-Brexit Britain but in other member states of the EU and further afield.

The legal profession, in the very near term, stands to benefit. Clients, whether internal or external, will need comprehensive advice on how Brexit may affect their operations. From due diligence reviews aimed at uncovering Brexit sensitivities, to help formulating arguments for lobbying purposes and devising alternative structures, business for advisory and compliance practitioners will be increasingly brisk.

Transport Minister Chris Grayling is an expert on due diligence.

There's been an external border on Cyprus between the Greek half (EU) and the Turkish half (non-EU) since 1974. But unless you want to bring the UN in to set up a demilitarised zone, you'd better settle for the Irish backstop.

Here are the plans for finalisation of Franco-Jerman EU federal superstate,  the EU answer to anything

has always been 'more Europe, more centralisation of power' - and around the time of Brexit vote they

came up with this, leaked by the Polish who don't seem very fond of the idea.  For remain voters who are still in denial about the plannedfederal superstate mentioned by leave campaign, controlled by un-elected politburo this should make disturbing reading.  Site is Polish but scroll down and document is in English.

for info from wikipedia

How come the fanatics always call themselves the voice of Truth, The Voice of Reason, Truth and reason party, when they are generally anything but?

Wasn't this the government that one of the right wing UK Brexiter MPs' lobbied to try and get them to veto any UK Parliament  deal or extension or whatever .... in his fervor to bring back control to the UK's parliament

... They apparently won't - Our right wing was clearly a bit much even for them ...

The word is bandied about a lot by Brexiters of MP's rightly going about their lawful business in the UK parliament, so I'm amazed that his actions weren't classed as treason when it came to light

... Working with a foreign government to thwart the wishes of the UK parliament and government

Brexit Promised cake .... But just delivers a stream of Cack
... and expects us all to just swallow it
Brexit - Built from Bovine Manure by Bots
Message 1235 of 3,054
(450 Views)
1 Thank
1 user liked/thanked this post: wotsup.
Highlighted

The Ministry of Defence is to procure two civilian passenger ferries or cargo vessels and convert them into warships, the defence secretary has announced.

Armed to the teeth with Soundbites and harsh rhetoric

The War Ferries will be largely harmless though.

Brexit Promised cake .... But just delivers a stream of Cack
... and expects us all to just swallow it
Brexit - Built from Bovine Manure by Bots
Message 1237 of 3,054
(431 Views)
0 Thanks
Highlighted

In the mean time, Corbyn and May are in the process of doing a deal with each other so that May's deal is approved. Letters written to each other at  the weekend... reported in the FT. So if, like me, you voted to remain, there is nobody you can vote for that represents your views. It's being stitched up so that May's permanent membership deal without any voting rights will go through.

Corbyn to May: “Thank you for taking the time …We recognise that your priority is now to seek legally binding changes to the backstop …My colleagues and I look forward to discussing [our] proposals with you …

” May to Corbyn: “I am grateful to you …I can reassure you …I look forward to our teams meeting as soon as possible.”

Nice of them to dump 17+ million people.

BTW What did you mean by "May's permanent membership deal"?

I thought nothing is looking permanent - except the sense of impending doom.

By that I meant the Withdrawal Agreement as it currently stands. There are apparently no mentions of the UK having any voting or representational arrangements or any means of withdrawing from it should we wish to do so. That has caused severe gut-wrenxchng in the JRM camp and also many of the remainer MPs, hence the reason it was voted down last time.  "Why bother doing that? We might as well remain and have full voting rights with a means of withdrawal if we need it!".

In a letter to Jeremy Corbyn, the Labour leader, the prime minister suggested legislation to enforce a promise to maintain workers’ rights and environmental protections after Brexit.

So workers rights are being used as a bargaining chip. The UK is totally screwed! How the hell did we get here?

The Ministry of Defence is to procure two civilian passenger ferries or cargo vessels and convert them into warships, the defence secretary has announced. 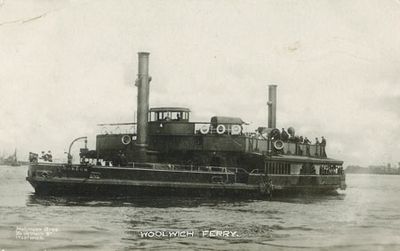 I wonder, are a couple of these from the Woolwich Free Ferry are still lying around.

Am I missing something ?

the Queen’s got her own bolthole and now ferries being turned into warships.

what are we expecting to happen ?

The Brexiters are beating ploughshares into swords. Don't ask me why.

Yesterday Chris Grayling said the reason the ferry contracts were issued with urgency in secret was because in October last year his department discovered had (vastly) underestimated the impact on Brexit.

But David Davis said as far back as September 2016 all departments were carrying out detailed analysis of the impact of Brexit.

For over two years the Transport Department were unaware of the extent the issues Brexit caused?

Grayling also claimed no taxpayer's money had been spent, as an MP asked Civil Servants worked for free?

Is Grayling claiming the three firms that carried out the so called due diligence weren't paid for their services?