Looking steady this morning at 120/72

Anybody else go one of those blood pressure monitors?

From being 145/91 just a couple of years ago, since 'taking the tablets' and watching the booze it's been within the ideal range for months now. Works for me anyway and nice to know I'm not dead - well not yet anyway.

I take my missus BP every morning... have done ( and got the graphs ) for the past 10 years.... it varies quite a lot every day but averages out within the "Norm"...

Because of the pills she takes, and her often visits to hospital, it has become a "routine"... and has proved to be very useful to the medics when she has been to them....

I noticed that her pulse seemed to be particularly low, and pointed this out to her doc, after a few visits for dizziness, and the doc changed some of the pills levels, which brought the pulse back up  to somewhere it should be,... she thanked me for pointing it out, which "kinda" worried me, about what else has been missed ! ! ! ... but I keep more wary of that pulse figure now than the actual BP.

Always had a slow pulse since I was a kid, with the doc back then telling me it was OK so...

Even taking an active interest in our health (and that of others) is a good, especially as we get older and like an old car, just keeping an eye on things. Days are long gone when I never gave my heaalth a second thought and of course, smoking all those ciggies which thankfully I gave up well over thirty years ago now.


Don't limit the friends you haven't met with arguments you'll never have.
Message 3 of 29
(487 Views)
Reply
0 Thanks

My brother who, long story short, has Lyme Disease after being partially eaten by a tick, and frequently suffers such symptoms.

A couple of years ago he sent me his BP/pulse readings by email and when I saw the numbers I had to email him back to ask if he'd typed them in the right order - he assured me he had. 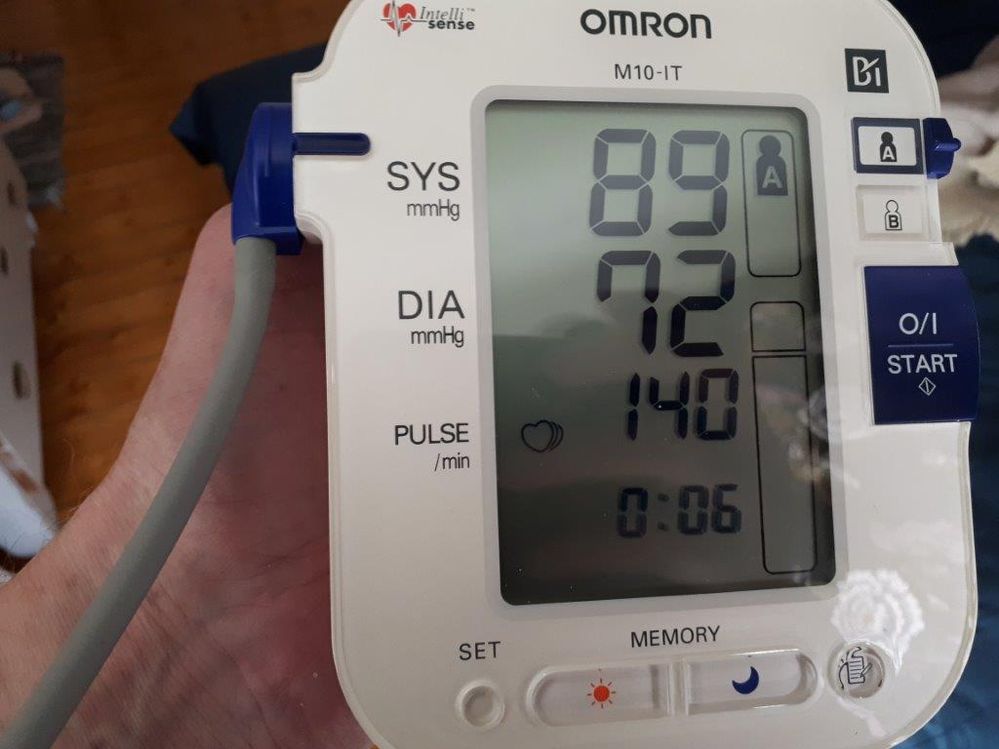 A friend who suffered a severe infection after a hip replacement replacerment (yes his replacement was replaced) and nearly died, had almost no blood pressure and a pulse rate of about 200 apparently.

I use one of those Omeron monitors, it is possible to get it to print out via your computer your daily BP morning & evening readings over a month....very useful if you take it to the GP........ a few days reading provides little info but a months reading is far more useful.

Who mentioned Lyme disease......I have removed these (censored) things more times than I care to remember, many parts of the country seem to be teeming with them.

No ill effects so far.

Ditto for the Omron.

MIne is one that goes around the wrist and it's the same as my doctor uses for his patients.

I always take three readings and on occassion have taken it into his surgery for a calibration/comparison check. Cheeky I know but it gives him a smile!.


Don't limit the friends you haven't met with arguments you'll never have.
Message 7 of 29
(447 Views)
Reply
0 Thanks


Who mentioned Lyme disease......I have removed these (censored) things more times than I care to remember, many parts of the country seem to be teeming with them.

No ill effects so far.

Hand up, it was me.  My brother caught it in Sweden where he lives, but no doubt it's also prolific over here.


Ditto for the Omron.

MIne is one that goes around the wrist and it's the same as my doctor uses for his patients.

I always take three readings and on occassion have taken it into his surgery for a calibration/comparison check. Cheeky I know but it gives him a smile!.

When you say you take three readings, do you mean three separate results or does your Omron have the 'average of three' function?

My Omron is the same as the model shown in the photo in my earlier post and I find that method gives more consistent average results.  Basically when set up, you start the machine as normal and it takes a reading, deflates the cuff, waits 1 minute then repeats until 3 cycles have completed, then gives the result.  Occasionally if you observe closely during the process you might see one cycle of the three which is inaccurate compared to the others.

That was me 15 years ago, sometimes nearer 150/100. I went on the water tablets, then (for a short time) an ace-inhibitor as well. Somehow we managed to overcompensate so I stopped all medication. Surprisingly bp stayed healthy at 120/80ish. Recently I noticed it starting to creep up again, but coincidentally have just started on tamsulosin (for "gentleman's problem") which as a side effect lowers bp. Am now back in a very healthy 110s/70s range.

I actually take three myself and note the highest as quite often if not always there is a slight variation  Take it the same time of day if I can and after I have been sitting down for a few minutes which seems best. Funny how the old white coat (hypertension) effect kicks in when in the surgery as it's usually that bit higher, but I'm sure they allow for that. 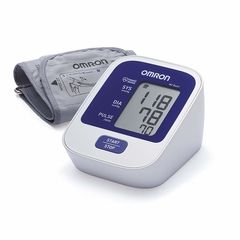 Similar thing, creeps up at times and also on that tamsulosin

Don't limit the friends you haven't met with arguments you'll never have.
Message 11 of 29
(411 Views)
Reply
0 Thanks

Fortunately I was able to retire and whilst medication was prescribed to control the BP I honestly believe the main thing that played a large part in reducing my BP was retiring......current level is 120/100.

Now here is a experiment for you......take your BP as normal then do it again but on the other arm......do you get a different figure and if so why ?

And another question when you have figure out the answer to the previous one......

When you are asleep your BP is going to be lower than when you are up and about during the day.....but...why is it that the early hours of the morning is the time you are most likely to have a heart attack ?


why is it that the early hours of the morning is the time you are most likely to have a heart attack ?

I'd always thought it was because of the increased exertion of getting out of bed, and the first google return seems to confirm this. So memo to all of us young and old, take your time getting up in the mornings - but to be honest that's all I can manage these days anyway.... unless I'm busting for a pee!

'Heart attacks are three times more likely to strike in the morning than in the evening. Here's why: Your blood pressure is highest in the morning because it rises quickly to get you ready for the day. In fact, your heart needs 50% more blood to go from being asleep to being awake'

PS and another quick check from google re: different reading from either your left or right arm (and no, not tried it) but it's probably to do with aorta being the main artery that carries oxygen-rich blood from the left side of the heart to the body?


Don't limit the friends you haven't met with arguments you'll never have.
Message 15 of 29
(382 Views)
Reply
0 Thanks
Topic Options