I'm not sure whether this question has already been brought up or not but a search yielded nothing.
I joined Skypoker some two months ago to play Texas Hold'em online. Skypoker is a little different from most poker sites because the Skypoker player interface (table) isn't via download (and Internet connection) but via a fancy Adobe Flash window (and Internet connection). They consider this strategy to be a USP, as the customer never has to download anything, he just logs on and selects a table and the Adobe Flash platform is then supposed to do its magic.
At first things went well, for about a month or so but then all kinds problems started to occur, in particular on and off 'freezing', 'slowing down', 'wobbling' etc of the Flash player window' content, making play very difficult. I'm not the only one complaining, a minority of players, from various ISPs, have the same complaint.
Skypoker does apologise a lot for the problems but some members insist those experiencing problems are using 'cheap and cheerful ISP' or 'out of spec computers'.
Does anyone here play at Skypoker or has any idea whether varying speeds could cause these problems? Sky keep announcing a downloadable version of their tables that should solve any problems but I've yet to see it.
Does anyone here play at Skypoker with PlusNet w/o problems? 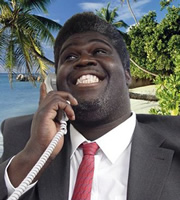