We've got another user reporting similar issues with CS:GO on https://community.plus.net/t5/Fibre-Broadband/Packet-Loss-Drop-Outs/td-p/1557418.

Their problems were fixed with a Static IP (which we are still investigating), but yours didn't appear to be.  You were on a static until  9:30 this morning.  I presume the performance has been bad all through then and until now.

I think we need to get you back into the fault diagnostic progress.  @JonoH / @Gandalf Can someone pick this back up please?

Reading through your thread again and testing your line (Sorry I didn't get back to you sooner), it does sound like the speed problems may be related to the packet loss you're experiencing.

Line tests are also showing a small amount of errors on the connection and while there are only a handful and shouldn't be service affecting, I think it's worth exploring this.

If you haven't already, could you plug your router into test socket as explained Here?

This will rule out any internal wiring with your property which may be having a negative impact.

Are your speeds relatively low at 12-14mbps at any particular times of the day, or do you notice these speeds most/all of the time?

Do you have another router you can try to rule out the router you have being the cause of the issue?

If you haven't already, could you plug your router into test socket as explained Here?

I have now gone and set up the router and phone to the test socket. I will leave it in this test socket for as long as need be.

Are your speeds relatively low at 12-14mbps at any particular times of the day, or do you notice these speeds most/all of the time?

I am not at home all of the time so it would be hard to say, as I only go online 5pm onward which is around "peak time" I believe, aside from weekends where I will be on most of the time. The highest I have seen on any speed test from any device is around 15.5 Mbps in the past month, which was on my main computer when connected either via Ethernet or the 5Ghz band. Looking from the average speed of around 22 Mbps on the tests you've run (which is what I used to almost always get), it really does seem something isn't quite right.

Do you have another router you can try to rule out the router you have being the cause of the issue?

Luckily I have the old "Technicolor TG582n FTTC" which I have also set up in conjunction with the test socket. Funnily enough, I ran a speed test on the test socket with this older router and keep getting between 6-12 Mbps. Not quite sure what to infer from that, but I will let it settle and see if it changes.

Thank you for your response, and please let me know of any updates.

Just a small update, on the tester socket and router I am getting pretty much 12-13 Mbps download and 3-4 Mbps upload, this has been tested at around 7am, 1pm and 5pm and there is pretty much no different in speeds at this time.

It feels like the connection issues are more noticeable having switched to the tester socket and other router, but this could be my imagination from trying to test more with this testing equipment as advised.

If there are any updates to this issue (seeing as there seems to be others on the forum with a similar issue that are hopefully helping you to reach an answer, along with this thread), please let me know, and if any more information is needed.

Hi @BlitzN,
Again I’m sorry I left it so long before replying back.
How’s your connection/gaming been in the last 11 days? If things haven’t changed we may be looking at sending out an engineer to further investigate this for you.
If this post resolved your issue please click the 'This fixed my problem' button

Thank you for responding.

For the first five days or so on the tester router and tester socket, I was averaging around 12 Mbps download and gameplay, as well as internet browsing in general was poor. I had a strange issue where whenever I had one task that used the internet, everything else would lag like it was fighting for bandwidth or something.

I tried to online gaming and ended up getting disconnected most the time, so didn't try much since then.

However, since those first five days, the internet speed surprisingly had gone from 12 to 19! Although it has to be said, that it still feels that webpages and videos still load a bit slower since moving to the tester socket and older router.

I haven't tried gaming online since the first few days of the connection being poor, and will test what it is like once I get home. I find it strange that the speed test results have gone up, yet performance seems marginally worse than before.

Would it be worth moving back to the main socket and Hub One again after testing gaming later on today?

I'm not quite sure what to make of it at the minute, and don't want to waste an engineer's time, seeing how at least some things can still be tested by me today.

Hopefully I will see the gaming performance results later on, and I will let you know.
Message 21 of 29
(1,702 Views)
Reply
0 Thanks
Highlighted

No problems. Thanks for getting back to us.

Something does sound odd here. Yeah it may be worth seeing if you still have problems gaming in the test socket then try to game when your router is plugged into the master socket so we can compare.

For some reason I'm no longer finding your account from your forum details, I think previously I may have used the IP address you last logged in with, but following your last login today it's not matching an account now. I'm assuming you weren't connected to your broadband connection, anywho could you send me a PM with your username please?

Let us know how it goes too.

From the tester socket and the old router, internet speeds are still doing well, at around 18+ Mbps, however, as I have been testing the online gaming as mentioned earlier, it started off well without me getting disconnected unlike before, but after a few minutes I still found that the performance hadn't improved sadly. I am still getting loss spikes as indicated from the game screenshots, and while they do seem to be bit less intermittent, in any online game, this isn't something that I can really deal with! I also noticed that at times my ping would spike too, which I haven't ever seen before in regards to this issue. 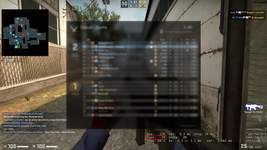 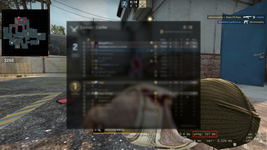 I also went and switched back to the Hub One, which I will stay with for now. I tried a couple more games and still had the same issue, this at least rules out the router. I have not yet tried back with the main socket, in-fact, as I'm writing this, I will try and host a game session for some of my friends and see how they report the online game-play, as this should also act as some form of testing.

I've also gone and set up a TBB monitor again. This time I have managed to set up a Laptop to use as the DMZ (I don't have any data on it, and am just using it as small server at the minute), so hopefully the results will be more accurate than a smartphone.

I will either report back tommorow or tonight with results from another online session. I should have also PM'd my account username across.

I've asked our products guys to push out a firmware update to your router which should help.

I'll update you on the progress of this next week. Fingers crossed it sorts it!

We've updated the firmware in your router now.

Could you let us know if you still experience problems?

Tried some CS:GO, TF2 and other games online after that firmware update, and funnily enough it seems to have helped! I am not getting loss in online gaming sessions (well, I am but I will get onto that) as I used to. I usually got around 3-10% every couple of seconds or so which made gaming online impossible, and since that firmware change it seems to have improved substantially, with 0% loss almost all the time now.

Now I say almost, as I was getting the very occasional jump to 50% loss every 10-20 minutes or so, which even though it hasn't been that high before, it is very infrequent and I have seen it less the more time that has passed since that firmware update. Not sure how exactly it improved it, since the router has been fine up until now. If I see any changes I will let you know, but things are looking on the up and up!

Thank you for all your help, hopefully I will respond in about a week or so with good news.

Essentially your line is on what's called a 3dB SNR target which can cause connection problems with a Hub One, depending on the type of equipment at the cabinet(The green box in the road). Updating the firmware seems to do the trick.

What's odd is that the connection problems are usually actual drops as opposed to packet loss/lag spikes. I've tagged one of my products colleagues @bobpullen as I think I recall he was curious as to whether the firmware update would help.

Sorry for not posting any sort of update, this was largely due to me catching up on all the time I'd missed with this issue, but I'd be happy in saying that the firmware update / any other changes that were made have fixed the issue.

It has been almost 2 weeks now and I have not seen the packet loss return or any other issues arise. While I'm not maintaining speeds of 20+ Mbps which I used to have for a while, that is the least of my concerns, and I would just like to thank everyone who helped look into this.

Hope I don't have to post too many more messages!

Hey @BlitzN thanks for getting back to us.

No problems at all, I'm so glad to hear that after much troubleshooting we found the cause of the problem and fixed it for you. Thanks for the feedback too, feel free to let us know if you need any further assistance(The more posts the better