We're being upgraded to Plusnet Fibre soon and I was thinking of getting the Nvidia Shield to stream gaming to the downstairs TV from the gaming PC upstairs. The Shield is my preference as it can get Netflix/Amazon etc. and so can be a general entertainment box. Does anyone have any experiences with game streaming on the Nvidia Shield or the Steam Link? Do they work well with Plusnet Fibre and the standard router etc. etc.?

I have the Steam Link but found that streaming games from the PC upstairs to my TV downstairs would require at least one of the devices to be wired as streaming wireless to wireless was not all that great in games that require twitch like reflexes (and this was on a half decent router with wireless N from the PC to router). Your internet connection wouldn't really matter, you just need a solid local network connection as far as I could tell.
Have always wondered about the Shield (as in - I would constantly see it advertised on the nvidia updates). I didn't know it could stream games from your main PC though which is interesting. Thought it was more like a portable PC for games...

Edit: I should point out that I have also tried this on my Hub One and its the same, have at least one device attached via ethernet to get the best experience. Wireless from both ends simply can't handle it consistently. 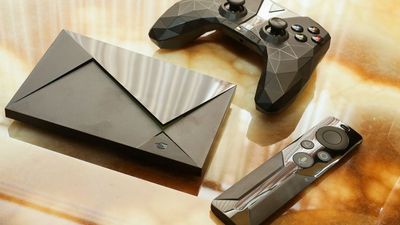 My title was unclear to which device I was referring to so I've edited it. Forgot all about that portable tablet thing!

Ah that's a shame about the wireless. The gaming PC would definitely need to be wireless as getting a wire there would be unfeasible but I suppose I can run an ethernet cable from the router to the streaming device no problem.

Nvidia Shield TV sounds like a good option for me as I have a Nvidia graphics card and like the idea of an all in one entertainment box but apparently game streaming is not that much better than Steam Link even though it is almost ten times the price (£40 vs £200). 😕

Would you say the streaming with the Steam Link wired and the gaming PC wireless is decent? I don't play many FPSs\multiplayer games so I could tolerate a bit of stutter.

I didn't know that was a thing now... £200 seems a bit steep to me but I guess there are benefits. The Steam Link is locked down to pretty much just Steam games. If I could play some of my emulators/Origin/UPlay games I would probably fork out the extra cash too (you also mentioned netflix and amazon prime video which is cool).

I noticed a big improvement when at least one device was wired. Games like Civ V and other RTS type of games worked fine as you didn't need cat like reflexes. The game I noticed the stutter the most on was Trackmania (video below to show an example of the kind of speeds and reactions you need to play).