Recently signed up for a new contract for 12 months, but ever since then I've been having issues.

All I seem to be getting is 25mb towards 28mb now.

Is there any reason for the speed decrease after signing a new contract?

Also I'm having line drop out issues, several a week, where the modem light will loose sync the light will flash and then every thing stops working and then it will go green again at work.

It dropped out again today and after the drop out i was only able to get 5mb????

Then the next test after turning every thing off I'm only able to get 16mb?

Then finally back to 33.60 which is why lower than I used to get on my old contract, I was getting 45 at least.

Not really happy at the moment.

Moderators Note
This topic has been moved from ADSL Broadband to Fibre Broadband.
Windows 10 Firefox 109.0 (64-bit)
To argue with someone who has renounced the use of reason is like administering medicine to the dead - Thomas Paine
Message 2 of 19
(1,018 Views)
0 Thanks

The speed issues would be unrelated to your new contract and would be more due to the drops you’re having. Is your router plugged into the test socket? Unclip or unscrew the faceplate of the master socket to reveal it.

If you’re still having issues with the router in the test socket then it’s probably worth raising a fault at faults.plus.net for further investigation/potentially an engineer visit.

I have one of these

I have BT Modem and my own router, never had a single issue before the contract change over.

Unless you’ve changed products the new contract would simply be billing so there wouldn’t be anything to do with your actual connection. I suspect coincidence?

Your 5C socket will still have a test socket behind it

Not even getting half meg on my upload speed now, was supposed to be getting 8...

I'm sorry for the issues with your connection. I agree with the advice given above, the new contract wouldn't be the cause for this. In addition from what I can see you've definitely had drops prior to your new contract going through: 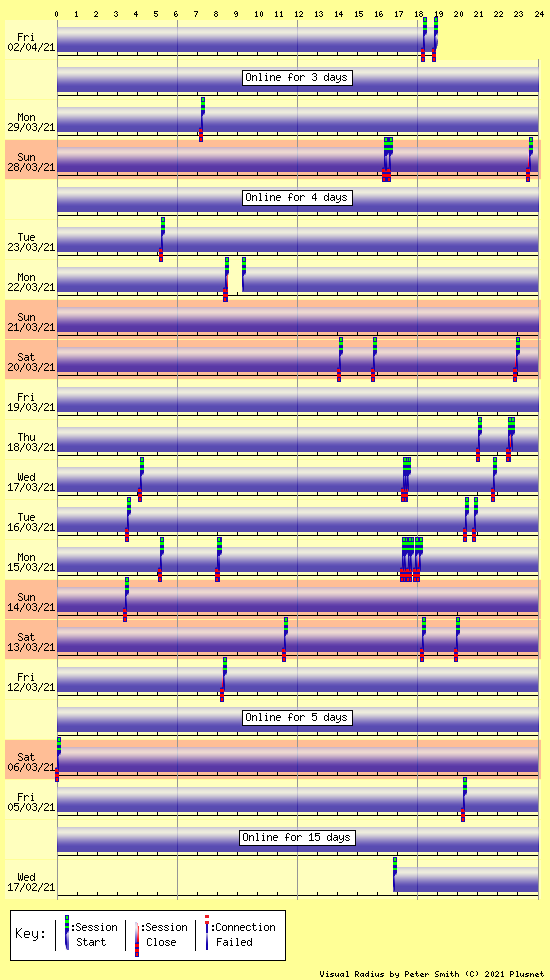 I've tested your line tonight and the tests are showing a high resistance fault somewhere along the line which may be caused by your equipment or wiring. I'd recommened firstly making sure your modem/router are plugged into the test socket explained Here with no extension cabling between the modem and the socket.

If you're still having issues ideally we'd need to rule out an issue with the modem, we'd be happy to send you a Hub One but this would replace your router as well. Let us know if you'd want us to send you a new one.

Failing that I'd recommend raising a fault online at faults.plus.net so we can arrange an engineer visit to investigate further.

If you're interested I've attached a copy of our testing below

He lied to my wife and said he couldn't find any faults and said he doesn't think its any thing to do with open reach, but then went and fixed some thing in the cabinet (worn parts) and we got all our bandwidth back and he admitted this in his comments on the ticket.

Connection seemed prefect till yesterday, at around 5pm the connection dropped 4 times one after the other and it seems the fault is back once again.

So I've asked you to do another test on ticket 216044390 and its come back with a Potential HR Joint detected on GEA  service fault on the line again. Image attached.

I can't see this being my fault or my equipment as you have just sent me a brand new Plus Net hub, unless this router is actually faulty and it is causing the issue?

I've had all new cables plugged in, via the items that where in the box. I took my own router out of the mix to see if it was causing this fault and it doesn't seem like it was at the end of the day, took my BT and Drytak modems out of the loop and have been using the plusnet modem / Router for a week with no issues, until yesterday.

I'm not really happy after getting one fault fixed yet another one has appeared. I'm not at all impressed with the service at the moment.

so just got in from work and looked at the internet and it must of disconnected again as its only syncing at 23MB, reset the plus net router and now its back at 42mb.

Some thing is wrong once again.

thanks a lot for your response and for keeping us updated with the speeds on your line. I've run another test today which has found the same issue - the speeds are also consistent with those that you have shared. Going forward, there's little we'd be able to do on our end without raising this back to Openreach.

Just to assure you, if the fault is not found to be with the internal equipment / wiring, a charge will not be passed onto you.

if the issues were apparent while you were using your router, then I wouldn't assume that the router is the source of the issue. I'd personally recommend double checking the internal set up, connecting through the test socket etc, before raising it back to Openreach. Let us know how you'd like to proceed and if you're happy for us to raise the fault, please provide us with suitable dates / time slots for an appointment via the open Ticket on your account.

I'm having more or less the same issue, particularly with downloads on the Xbox, they're considerably slower than they should be IMO.

About 7 years ago when I was originally on Plusnet, I had an OR Engineer out, who told me PN throttles Xbox in favour of Sony consoles, this has since turned out to be total bobbins.

Anyway I've got another OR Engineer coming out tomorrow afternoon because I rang up last week to report issues with the landline, people keep saying it's a bad line and they can't hear me, which has happened too many times to be a coincidence.

Fault is still open BT side.

Router kicked me from xbox live at 23.20pm as once again the internet went off.

Internal setup was all replaced last week when the plus net router was delivered, I took out my expensive router to see if this would work any better. But still the same issue, it did seem fixed but that only last 5 days.

New cables etc all fitted at the same time, so its not my equipment as every thing is brand new.

I'm not touching the wiring in the master socket as that has nothing to do with me and that was only replaced by BT last year.

I wouldn't touch the wiring in that socket any way, as I see that as BT only and nothing for me to touch, I have no idea what I was doing any way.

Xbox throttles its servers though and gives slower downloads at certain times.

What a surprise the BT Engineer hasn't turned up

Please accept our profound apologies for this @SteG1979

I've looked into the fault and have found that the appointment was rejected, our suppliers at BT Wholesale are investigating why this occurred. In the meantime, it looks like you've ben in touch with our Technical Support Team and a new appointment has been scheduled for tomorrow, anytime between 8AM and 1PM.

The good news is that this has now been confirmed by Openreach.