I moved over to PlusNet in July 2020 after being on Fibre to cabinet with BT, Talk Talk and EE.

I tend to move suppliers to get the best deals and have had a very solid service and speed from previous suppliers.

Unfortunately since moving to PlusNet we have had regular line drop outs, varies from once a day to 3-4 times a day.

Previously, speed was consistently above 50mb but now averages 36-40mb.

I appreciate the efforts of the support teams as they have always done what they can.

Many line tests, sometimes finding a fault sometimes not.

Have tried new routers sent to us by PlusNet and a tplink router but keep it on the latest PlusNet router for testing etc.

Despite all efforts, the disconnects and slow speeds persist.

I'm no expert but I feel the issue is likely to be at the cabinet.

So, is there anything I have said ring any bells to other users who might have had a similar issue.

Here are my BT wholesale broadband checker details.  You can see my old line speeds are easily do-able!!!

Sight of your Helpdesk tab may be helpful - but remove any personally identifiable information. 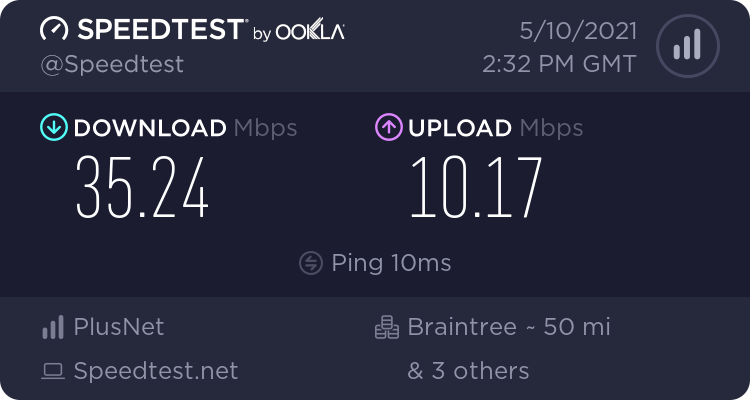 How do I do that?

Click the 'Troubleshooting tab on your router homepage, as below. 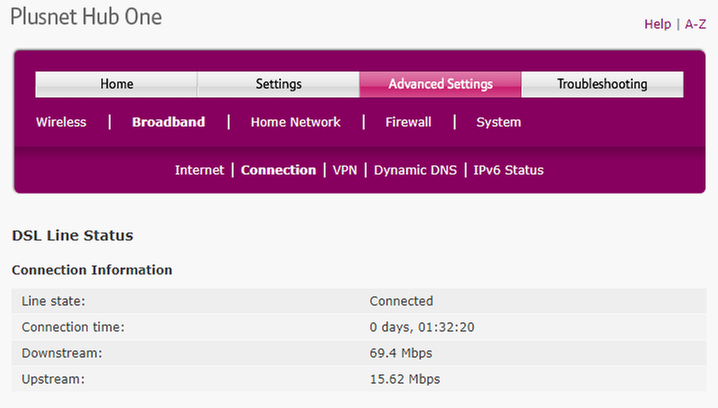 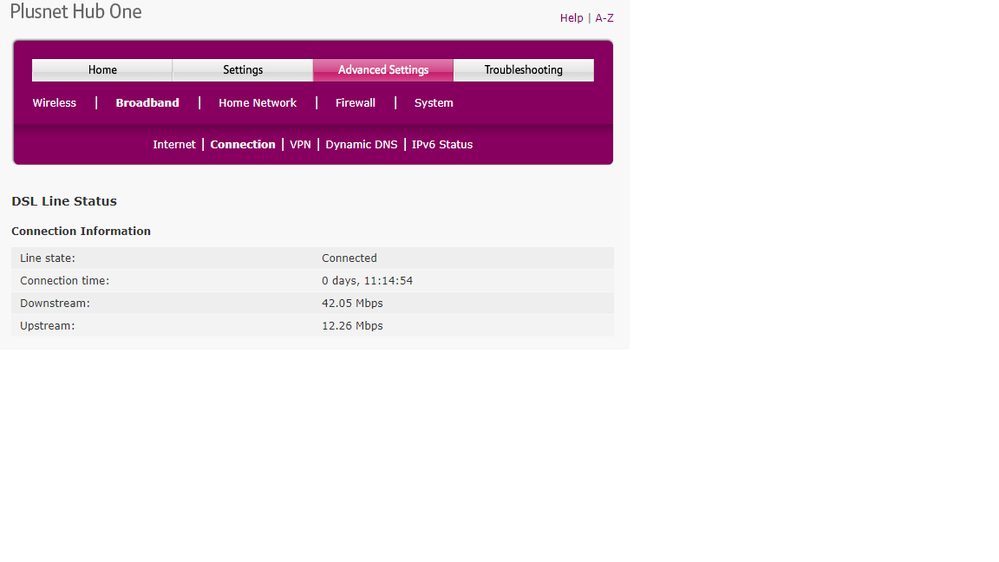 Not quite - we really need the information available under the ''Troubleshooting' tab - top right. 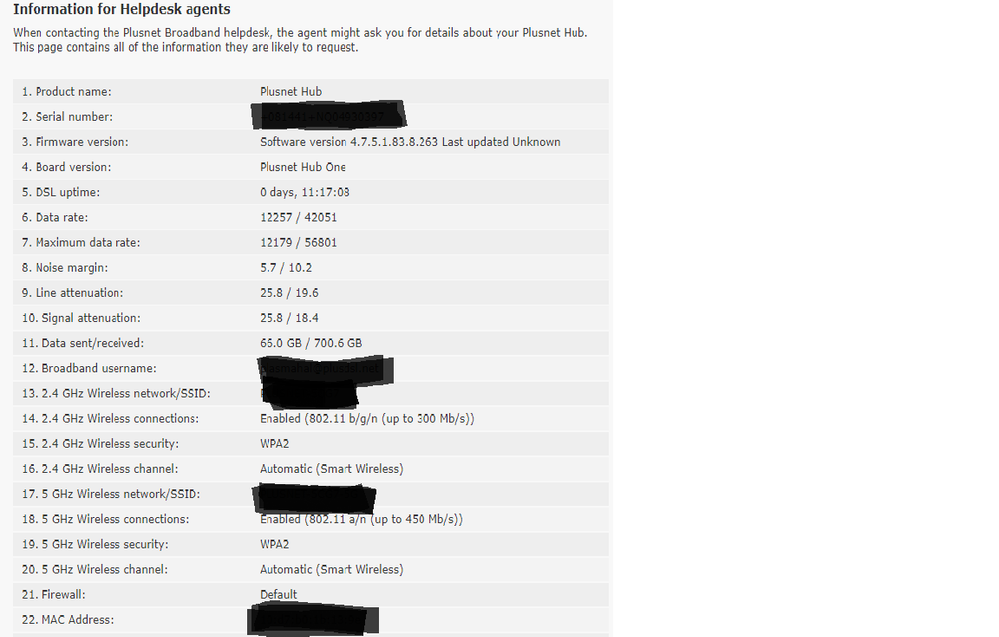 Other than your D/S noise margin and consequently lowered data rate, nothing shouts at me on there. My next suggestion is to carry out a Quiet Line Test on your phone, preferably using a wired handset - dial 17070, select option 2 and listen. Apart from the regular 'Quiet Line Test' message, you should hear nothing. Any hissing, crackling or other noise - report a phone fault. Unless that is clear, you will not achieve optimum broadband performance.

Ran the quiet line test and all seems fine.

did you get this resolved?