I’ve made a previous post about how not too long after joining Plusnet, I started experiencing consistent Internet disconnections and was told by Plusnet that the problem wasn’t something being caused on their side of things.

With that said, I then checked everything on my side and could only think that it could be a router fault, so I replaced all the wire connections and bought a new router (Tp-Link Archer VR2100).

That seemed to have stopped the constant disconnections I was experiencing but now a new issue has shown itself.

My connection has started to drop again multiple times throughout each day so far but not as often as it used to before changing the router believe it or not, and my Internet speeds have decreased significantly.

I would usually get around 36Mbps down / 8Mbps up but now it bounces between that speed in the good spells and 16Mbps down / 0.5Mbps up.

I did a few speed tests from my router on the day I started to notice how low the speed was getting. 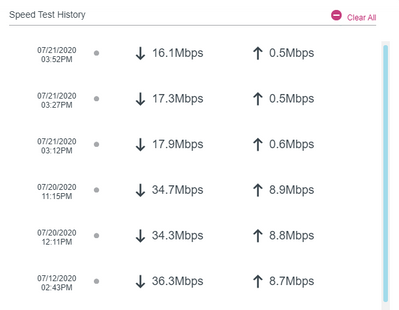 Now I’ve done a bit of research because I’m getting really bad connection/lag/ping issues within the games I play and I’ve found that my problem might not be anything from my side at all, even after spending a load of money on new wires and a router.

Using Pingplotter I was trying to find where I was getting packet loss and found that my problem was coming from a vital point. The problem seems to be coming from the Local head end. Which is either Plusnet's server box or a Pole the line to me, I’ve seen previous posts on this so I copied the advice given by an admin and used the ping plotter on each address.

So please can I get some Admin replies and how this issue is going to be fixed, Thanks. And I advise anyone who finds the same issue to make it known so it gets fixed faster.

It's a little stupid that there's a timer on editing your post but I forgot to mention that the ping plotter images show that I'm getting around 80-90% packet loss to the Plusnet local head end. This is a major issue.

Oh and some additional info, I just read that was required by Plusnet support.

and here is a BT speed test I've just done before this message.

I'm getting speeds which are way under my guaranteed minimum for the package I am on which is the Unlimited estimated download range of 31 - 40Mbps, with a minimum guaranteed speed of 30.9Mbps.

Another Update: I updated ping plotter and repeated the previous test for each website for 200 pings, The packet loss to the Local Headend is still around the 80% mark, and I'm also getting small loss on the second line which from what I have looked into would be a problem with the cable line going to my house. 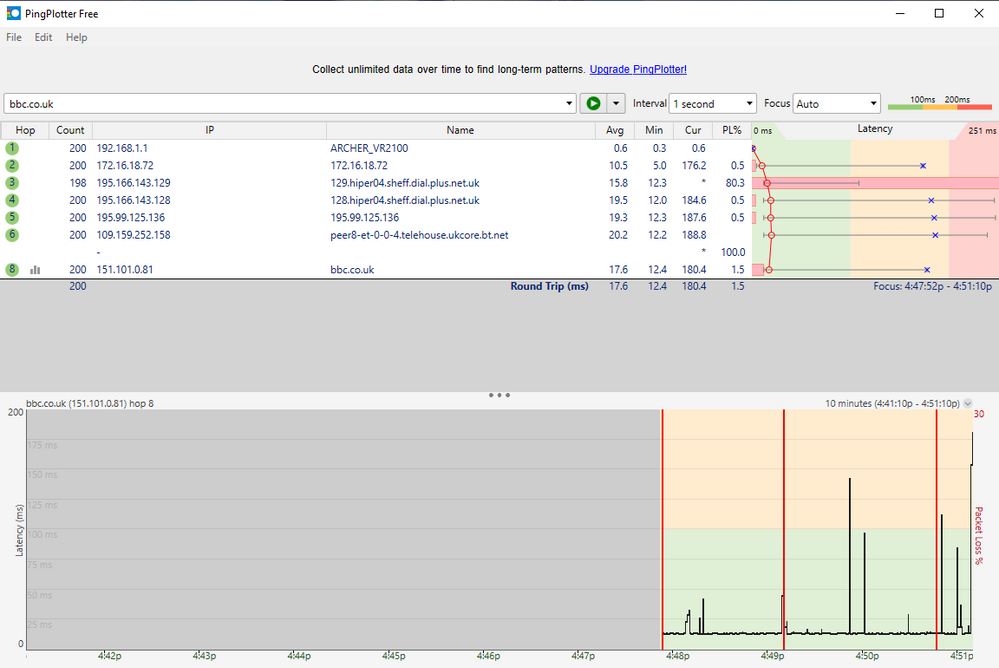 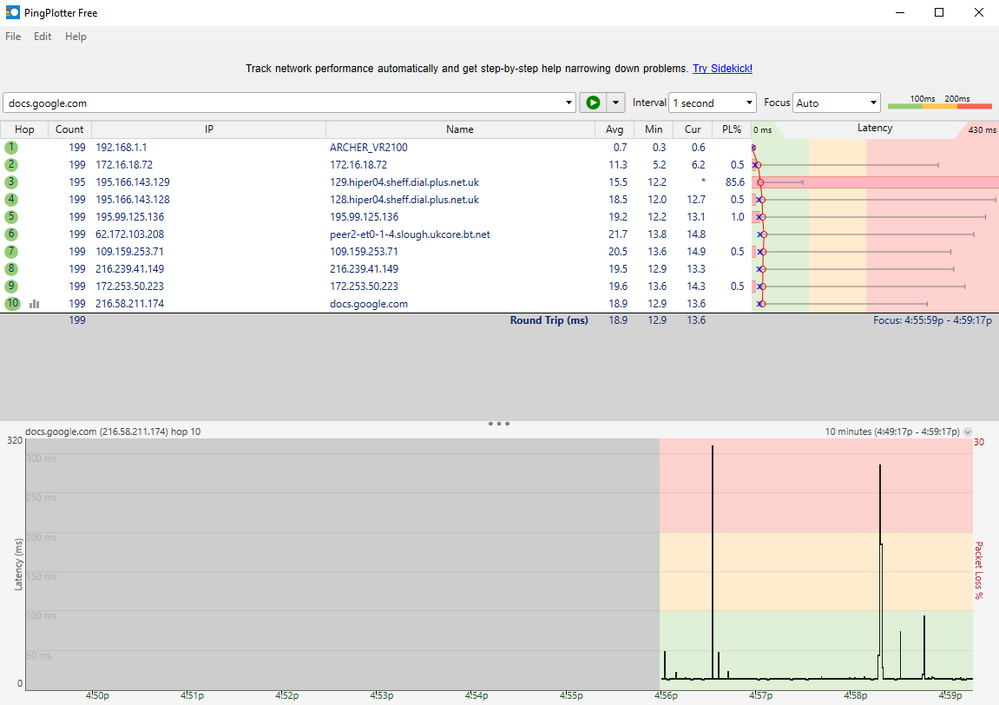 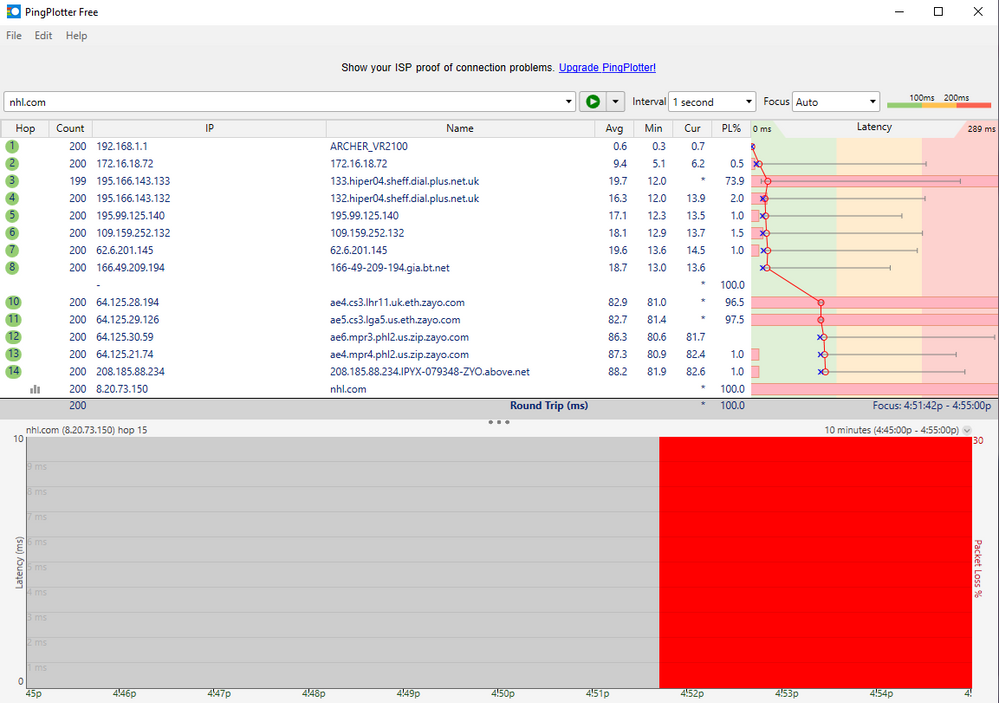 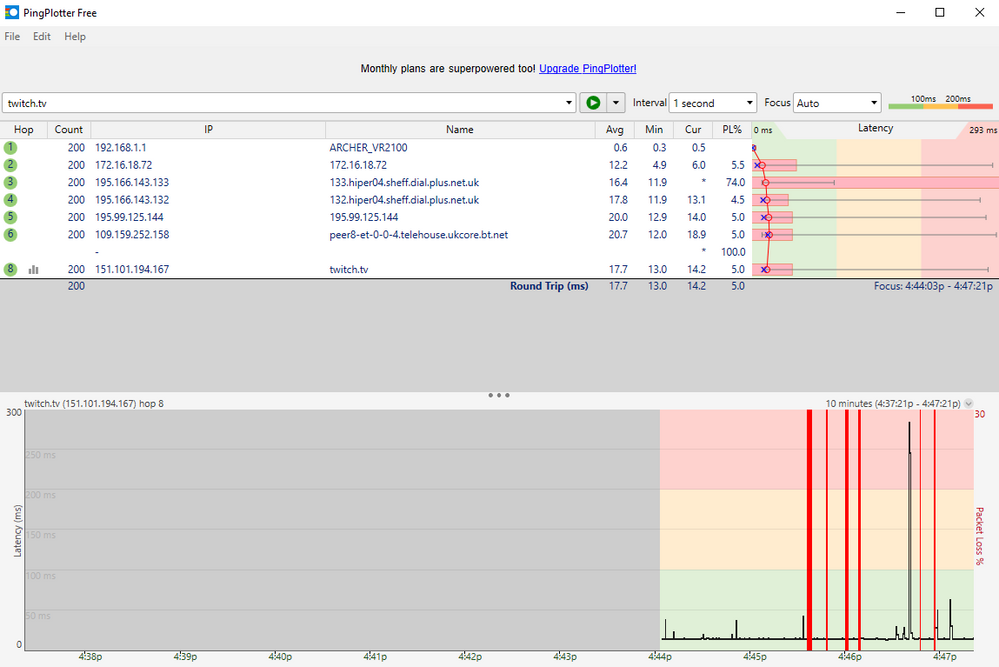 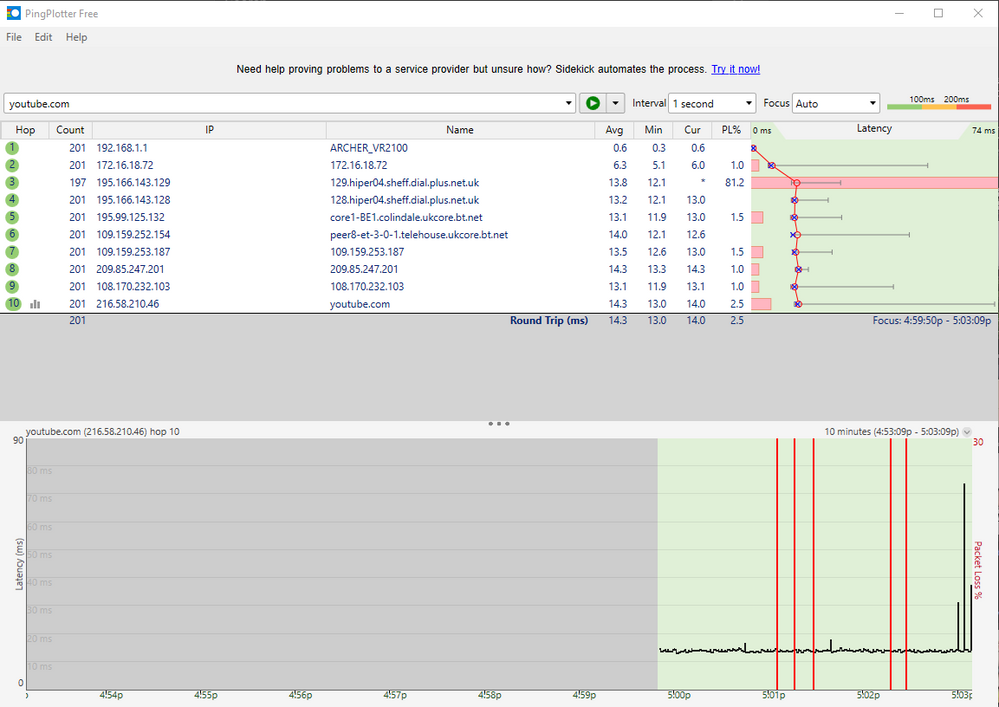 And any other Staff support on here, any solutions?