I previously had a ticket open for an on-going packet loss and high-ping issue that occurs when more than one device is actively using the internet. I've read many threads about identical issues on here and am keen to get this problem addressed ASAP.

As can be seen from my chart, there's consistent packet loss and ping spikes occurring which make using the connection for gaming practically impossible.

I've been through all of the troubleshooting steps many times, and have tried all different combinations of modems/routers, using the test socket, not using the test socket etc. I believe the issue is either due to routing or a potential issue at the cabinet and would be keen to explore these options.

Could you please get in touch with what we can try as this issue is incredibly infuriating, particularly as it's been on-going for so many months.

Unless you never go to sleep, I would be more concerned by the amount of traffic your connection is generating.

Something on your network seems to be sending a lot of traffic to the internet, the packet loss is quite small, and stopped after the re-connect.

For example, on mine, you can see no yellow bits when I am asleep, light usage during the early part of the day, heavier when I was streaming in the afternoon, I went out around 5:30-6pm. back around 9 and just browsing.

Ah yes, my house-mate works night shifts and when he's not working he uses the internet all through the night.

Unfortunately there's never more than about 8mbps down out of 80mbps being used, its just when this happens every 5th packet or so goes over 100ms, hence the large spikes on the charts.

I've just tested your line and I'm not seeing anything which would be a cause for concern. You're syncing very well around 80Mbps as you say so connection wise everything looks great.

I know you mentioned that the problem occurs when multiple devices are using the connection simultaneously. Have you tried disconnecting everything from the network and through process of elimination reintroduced devices to see if there's a weak link in the chain?

Also, are any of the devices wired? If so have you tried changing the channels before?

From what you say its almost as if the network bandwidth is being throttled by something.

It does seem that the tests you are able to do don't pick up these ping related issues. I previously had an issue where the connection would throttle down to 4mbps and with 10%+ packet loss, and the tests from your end (conducted while I was on the phone seeing the issue) reported that the line has no issues. Looking at other threads on the forum, it seems this is a similar situation for a number of people where the reports show one thing and the reality is different.

Yup tried this before. The computer I am using for the ping tests is wired but wireless is no issue at all for other devices. When I leave a continuous ping going to the router IP address from a wireless device they all return in under 2ms.

The problem is persisting today, as you can see from the image below. Looking at the router stats, there is only my primary computer and a house-mates online today, which is using no more than 8mbps of the 80mbps overall available.

While trying to play counter-strike just now I've had the ping spiking from 30 to over 100ms every few seconds.

Here's a copy/paste from the windows ping utility.

One particuarly weird thing is that if the network is fully saturated (doing a speed-test for example), the ping raises to around 40ms but doesn't experience the spiking.

Thanks again for looking into this.

The next time this occurs could you please trace route www.bbc.co.uk and paste the results here so that we can see where the slow down is occurring?

Thanks for getting back to me. I was experiencing the same issue most of the night and undertook a number of trace routes to www.bbc.co.uk but was only able to capture the ping spike on one of them:

Thanks for providing that screenshot - I can obviously see that there's a ping spike in the middle of that test.

In order to try to rectify this for you, I'd like to add a static IP to your account for testing puposes - this will be free of charge. Could you please respond to your open fault ticket here and I'll action that for you accordingly?

Could you confirm if the static IP has helped at all?

I've just been able to test the connection and unfortunately the static IP doesn't seem to have helped. 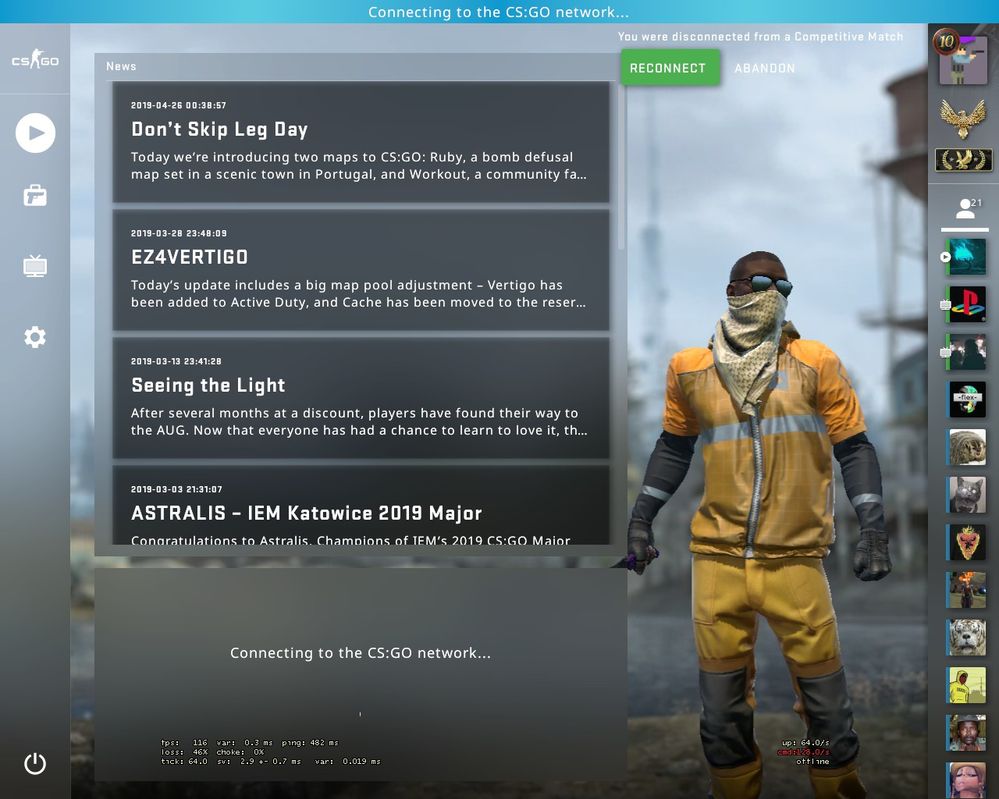 I also did another trace route to BBC which is showing the ping spike again as well.

Not sure what the next steps are for diagnosing this?

This is on the borderline of my knowledge, due to you using a wifi mesh system from amplifi.com, but some things jump out, well to me anyway.

You've mentioned other modems/routers, do you still have these?

It also appears, from the tracerts, that you're using different DNS settings, have you tried quad 9's or google or what?

Do you host the games, or join others?

Have you tried bypassing the amplifi router and the hubs wifi by connecting directly with an ethernet cable?

What software version is your plusnet hub one running - http://192.168.1.254 and looking at the bottom of any page. Also what the date is was installed?

If that's for the tracerts, then something is very wrong with those results.

Those results don't match what you're saying. If you were wired direct, I'd expect to see <1ms to the router.

Depending on your master socket, is it the true test point? You need to carefully removed any additional faceplate assemblies until it's the only one left on the master socket back box.

What is odd, is that sometime during the 18 April Plusnet identified an issue with a data centre (probably why Jono asked how it was going) and this was fixed. I wasn't aware of the works carried out on this data centre until a couple of days ago, but I was connecting to this and have seen improvements since the 18th.

Again your last traceroute is showing high latency at the first few hops, I wouldn't expect to see this on a wired connection.

(depending on what you come back with in regards to the hub ones software, this might point to a reason)

Sorry for all the Q's, my next reply might not help much either, but something doesn't quite look right with the results you've posted, though I'm not too sure why.....

edit. Bufferbloat could also be a reason I guess

Thank you for completing this trace route.

Could you kindly connect the router that we supplied and disconnect all devices except 1 PC / Laptop connected by Ethernet cable. I would also recommend disabling the anti-virus temporarily on that machine and once you have everything set up in this way, rerun a trace route to bbc.co.uk.

I'm struggling to see how performing that trace route will help as I'm already using the router you have supplied (this is the first device connected to the network and as such my second router is connected via ethernet with an IP address assigned from the first one). You can see from the chart today as well that an external connection pinging mine has hugely variable ping spikes - this is the PN router that the ping command would be communicating with, not any of the further equipment.

A traceroute as described would almost definitely show no issue as there is no latency issue when the connection is only being used by myself. The issue is when a house-mate watches youtube or similar (using no more than 7mbps of the usual 75mbps) the latency spikes every few seconds.

I'm happy to do this if you think it will help diagnose the issue in someway, but it's a bit of a faff as I have to disconnect my housemates and run the traceroute from a laptop.

Looking at your ThinkBroadband graphs, there seems to be an intermittent packet loss issue somewhere, but it's proving difficult to identify where as every test we're running isn't showing anything wrong.

I'd like to hang on to this until tomorrow and discuss further with our suppliers quality assurance team to check the wholesale equipment at the exchange, and also with a colleague who specialises in identifying common trends.

In the meantime, when you're seeing the latency issues when your house mate is using the connection, are both yours and their devices connected directly into the router using an ethernet cable?

Have you also tried disconnecting the 2nd router and just using the router we sent you?

As I have previously mentioned, the amount of yellow on the TBB graph suggests a large amount of traffic being generated between TBB and the device being pinged. Given the Hub 1 does not respond to pings, the lack of clear non usage gaps, ie when people are sleeping, I think it would help if the OP could provide more detail on how and what is connected to their LAN.

Is it possible to disconnect everything for a period, then add one device at a time with enough time in between to be able to track a difference?

It would be worth asking how much data is being transmitted/received over the link, are PN able to track this? Although you could check on an hourly basis the router stats.