I am currently with Sky on Fibre Max and have cancelled my TV package (initial contract ending in June) and I am also thinking of leaving Sky Broadband, PlusNet is at the top of my list for a replacement service. I currently receive 86mbs with Sky and 19 upload – I think I’m fairly close to the cabinet! If I switch to PlusNet would I be right in assuming – once the first few weeks have settled down – I should experience similar speeds?

I haven't informed Sky and just wondered if anyone else has made the leap like me. Guessing PlusNet will deal with cancelling etc.

I have noticed that I do get the odd wifi dropout with the SkyQ hub and am thinking of setting up a Wifi Mesh Network (Tenda or Google perhaps) – is this something that I can do with PlusNet?

With regards the PlusNet Hub One – will that be a like for like swap with the Sky Hub?

Many thanks for any help and hopefully be part of the community soon!

I recently also switched from Sky - fed up with paying their ever increasing prices, though never had an issue with the service itself in the 2 1/2 years I was with them.

In theory you should get very similar speeds - a slight variance is possible due to the kit the providers use and the way they configure it.  Since you're lucky enough to have brilliant speeds I doubt you'd notice a small variation - if like me you are a long way from the cab and get ~16mb down/1mb up a small variation is rather more concerning!

My experience of the switch process itself is that it worked smoothly and PlusNet handled everything.  However unfortunately I've had a pretty rotten time of it since - see https://community.plus.net/t5/Fibre-Broadband/Switched-from-Sky-now-frequent-disconnects/td-p/162720... .  My problems seem to be a combination of the PlusNet Hub One and potentially a minor intermittent line fault.  PlusNet claim this fault is new and entirely coincidental to switching from Sky, personally I think it was probably always there but never caused an issue.  I also used to use a Sky Q hub.

The PlusNet Hub One - based solely on my experience of one unit, though backed up by many other people - is absolutely appalling to the point of being not fit for purpose.  You might be lucky, but if I were you and you plan to switch I would also plan to replace it with something else at your own cost.  I bought a used BT Home Hub 6 from ebay for a tenner which has been rock solid, so not a biggie - but I have a bad taste in my mouth that PlusNet not only failed to fix my problem for almost 2 months, but also don't seem to accept that their hub is utterly useless and I had to figure things out and resolve them by myself.  Sadly you can't use your old Sky Q hub with PlusNet as Sky locked down the firmware and you can't reconfigure it.  Your mileage may vary, of course.

As for using a mesh network, those will work fine as they just plug into an Ethernet port on your router.  The Sky mesh system which uses Powerline networking obviously won't work if you're not using the Sky Q hub.

@timjenner thanks for the quick reply. Same here, received a letter saying that my contract was coming to an end and that they had applied discounts to my account so stay with us! Discount included the monthly bill went from £85 to £125! Time to leave! It is a shame as I've been really happy with the Fibre and only had a couple of small issues with them.

That doesn't sound too hopeful about the PlusNet Hub - need to see if I have an old BT Hub from an account 2 years ago! I was hoping the Hub would be ok and wouldn't have any issues! Guessing it's fairly straightforward to log in to PlusNet with a BT Home Hub (would you just use the same PlusNet password to log in)? My main PC would be wired and if I turn wifi off and use the Mesh system that might be ok?

There are some guides online about configuring a 3rd party router (including a BT Home Hub) for use with PlusNet e.g. https://community.plus.net/t5/ADSL-Broadband/BT-Home-Hub-6-Smart-Hub-on-PlusNet/td-p/1349153 and there is also some info in the user portal somewhere.  In short, it's very easy - you enter your PlusNet username followed by "plusdsl.net", your password and that's about it.  You do have to switch off Smart Setup on the hub as this will try to reconfigure things for BT!  I also found that the password cannot contain an ampersand (&), but other than that it was straightforward.

The PlusNet Hub One hardware itself is actually a rebranded BT Home Hub 5, but based on my experience and what others have seen the PlusNet firmware is a total disaster.  In my case, 2.4Ghz wifi simply didn't work (devices wouldn't stay connected for more than a few minutes at a time - if at all), 5Ghz was flaky, and even wired Ethernet dropped intermittently.  On top of that, the router wouldn't hold a broadband connection and was dropping around twice a day.  It only managed more than 24 hours twice, and never more than 48 hours!

I'd certainly try the PlusNet Hub One, if you don't have any problems then great.  But at the first hint of trouble, save yourself a whole load of pain and just replace it as it seems clear that at best it's somewhat flaky, and at worst is fundamentally broken.

I use a BT Smarthub 6 without issues. Setting instructions are here https://community.plus.net/t5/My-Router/Using-the-BT-Smarthub-6-on-a-Plusnet-Account/m-p/1587673#M85...

If you look on the BT forum you will find that users of Home Hub 5s are having similar problems as Plusnet Hub One users. These are wireless related so if you are using a mesh system in Access Point mode then providing you switch of the Hub One wireless you will not be affected. The choice is yours.

@Baldrick1 thanks for that. I'll have a read later this evening but as you say the Mesh network would negate wifi dropouts with the Hub. I've narrowed that down to the Tenda MW6 system now too I think! All go!

Welcome to the forums @SportyMilo and thank you for getting in touch.

If you determine the package that you would like to take out and place an order, a notification will be sent to Sky informing them that we wish to take over the service. Usually they will be in contact with you shortly after to confirm that they have received this notification.

You should not expect any issues in configuring a WiFi mesh network however, we don't have any support guides for 3rd party equipment so it can be difficult for us to support them.

With regards to the router, I think Baldrick1 & timjenner have provided you all the relevant information beyond what I would inform you. It is a straight swap for our Hub One except the wireless network name and password will change therefore, wireless devices will need to be reconfigured.

Feel free to get back in touch if we can be of further assistance.

@timjenner I read your thread, sorry to hear about the hassles. Will order PlusNet in the next week and keep my fingers crossed. Will keep an eye on offers for HH6 too! Hope yours continues to stay solid.

Re mesh, check some reviews or the manufacturer's blurb, some require an account to get them to work, other have routing functions which may cause issues with your exiting router/modem.

I am currently using BT's Whole Home system (three units) plugged into my existing router, with its wifi disabled, and it is working so far well, allowing the two wifi extenders and mains plug connection to be retired.

It does require an app on a phone / pad for initial setup, but I now access it on via a desktop.

Well I've jumped ship, placed an order to Plusnet so fingers crossed it all goes to plan!! Be good to escape the clutches of Sky now (I hope!). Mesh system also sorted, incredible - at least it works with Sky Q hub so double fingers crossed!

Cheers for getting back to us.

I've just picked up your account now and manually placed your order with our suppliers.

We'd have normally done this automatically and sooner but it looks like our system was unable to due to there being more than one line registered at your address.

Based on your previous provider being Sky and the telephone number you've provided, I believe I've found the right line. As we're importing a number, we should be able to confirm your activation date within the next 48-72 hours once the order has progressed and we've received confirmation that the number port has been accepted.

Fingers crossed all goes through smoothly! Let us know if you need any further assistance

Hi @Gandalf - thnks for letting me know. Good job I posted on here then. I wasn't sure if I should and wasn't looking for any action so worked out well! Yes you've got the right line, I've just received a couple of emails from Sky telling me I was switching to another provider! Good job they are on the ball.

Thanks for the help

No problem, after another day it's likely our system would've pushed this through to a queue for us to pick up on. I suspect it may have still been trying to progress the order itself first.

Yes you've got the right line, I've just received a couple of emails from Sky telling me I was switching to another provider!

Phew! I was almost feeling a little like this: 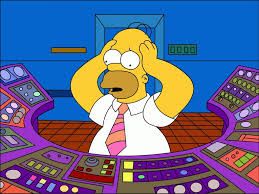 We'll send you an email and a text once the order has been confirmed. Feel free to nudge us over here if you don't hear anything back towards the end of the next working week although from this point I don't foresee any further problems.

Hey @SportyMilo, I've just checked back and I can see everything is in place now to transfer over on 04/06/2019.

Let us know how it goes

@Gandalf will do thanks. I've had a text from PN to say by midnight 5th for broadband and phone on the 4th. Does that  mean I might be without fibre for a day? Or are they likely to both transfer on the same day?