About a month ago started getting dropped connections for both wired and wireless connections, so checked router at time  BT Home hub 5 and re-booted etc, contacted plusnet via message board and they checked and said some dropouts had occurred eg 3 in a week but nothing significant and not at the rate I was reporting. The loss was showing on various gadgets eg Sky Q, PS4, youtube and internet radio on smart tv, and general wifi issues on phones. The fault was not consistent, I re-raised with plusnet as it kept happening, again they said no major issues and posted graph showing connection etc

To try and diagnose myself I swapped the router to the plusnet hub and informed plusnet and was advised to wait a week to see if it became more stable, however it hasn't and still get intermittent faults across most gadgets, most of which are either wired by network cables or homeplugs, limiting gadgets on wifi to portable items such as phones and tablets

Current set up is still plusnet hub with sky q on Cat 5 directly to router via a 5 way switch for smart tv and blu-ray player, sky q in bedroom with homeplug

I also have google home via wifi, and lightwaverf connected direct to router, ps 4 upsatirs via homeplug, smart tv in another room via homeplug.

For most of this week Sky q in the bedroom connected via homeplug reported would not work due to network issues. yet this morning its working fine. With no changes made since last night when it wouldnt work

The router is plugged directly into the main filtered BT socket

I also have homeplug wifi extenders upstairs and in conservatory.

I dont believe I have an excessive amount of equipment connected 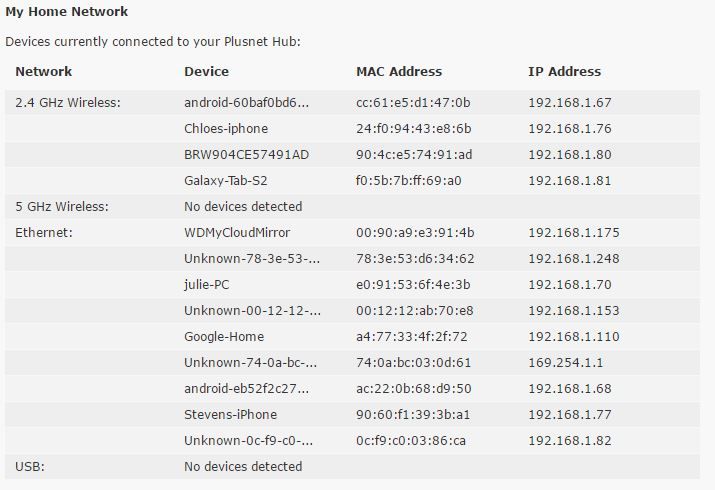 so without spending £150 on a different recommended router, and going through each piece of equipment and eliminating I was wondering if anyone had any suggestions