Following the Upgrade / Downgrade of the legacy 40/20 broadband (where i achieved satisfactory speeds of 38/14) to 55/10, im not quite satisfied im reaching the maximum download my line can achieve. Judging from the stats in my modem im still on the capped 80/20 profile until BT makes the product change to 55/10, however you can see that my line is capable of around 70mpbs, so why am i only achieving 45mpbs & not closer to 55mbps? is there a cap in place? not on fastpath? or some other error? please check 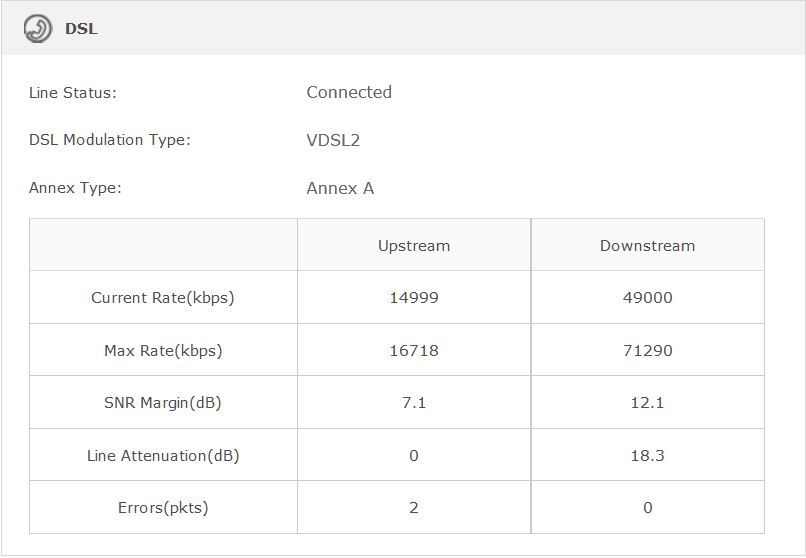 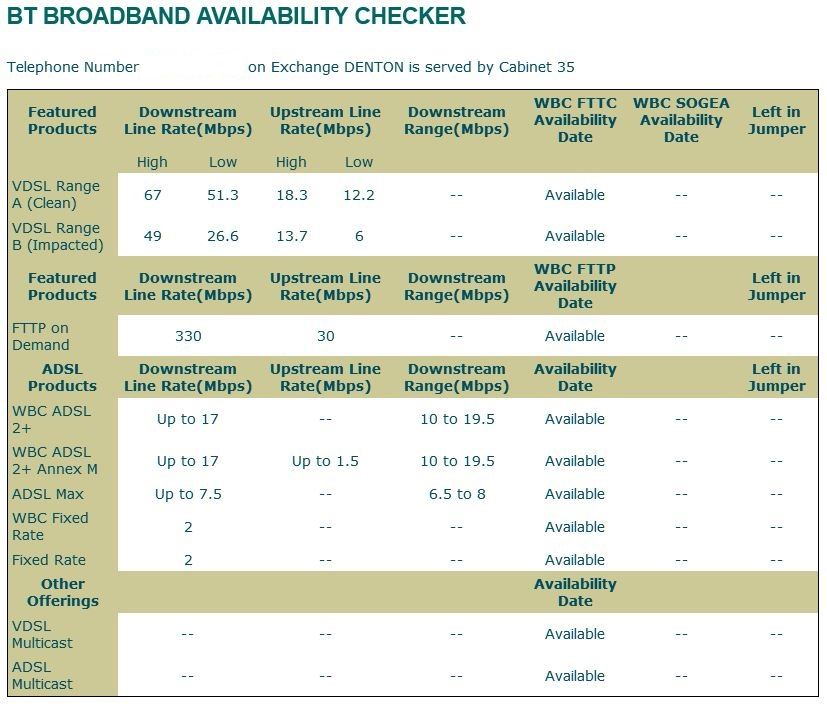 Testing your line isn't showing any obvious issues, however the line is banded at up to 49Mb/s and unfortunately we can't remotely remove banding from fibre lines.

As you're slightly below the estimate it may be worth reporting a fault, however it would require an engineer to make changes to the DLM/banding.

What is banding? profile stuck?

ADSL2+ and FTTC only

When first activated, your line is 'fully rate adaptive'. This means there's no upper limit to your sync speed (within the capabilities of your broadband product).

If your line drops frequently, has a high error rate or severe noise problems, a banded profile can be applied to aid stability.

This will force your line to sync within the range of an assigned band and is used to limit the sync rate when it's not stable above a certain rate. 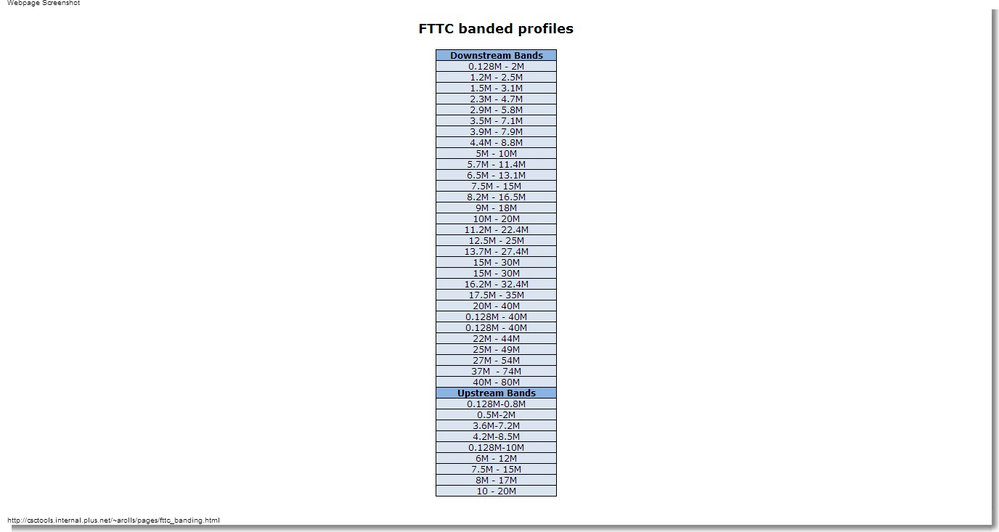 I will report it as a fault

Update: Just spoke to tech support, i read out Chris's reply but the guy on the phone said i was set the wrong profile, he referred to it as 'connection profile banding' which he has now apparently changed, so no BT Engineer visit required, im told to reboot in two hours to reset the modem. Will post back the result.

So when customers talk of their broadband profile being stuck is that not the same thing as DLM banding?

So dd as instructed, turned off the modem at 7:30pm & turned it back on at 10pm, nothing has changed, still stuck on 49 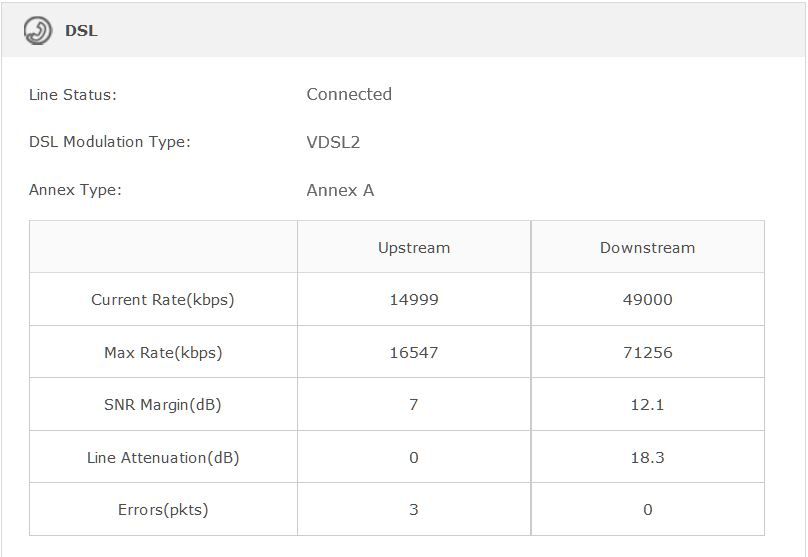 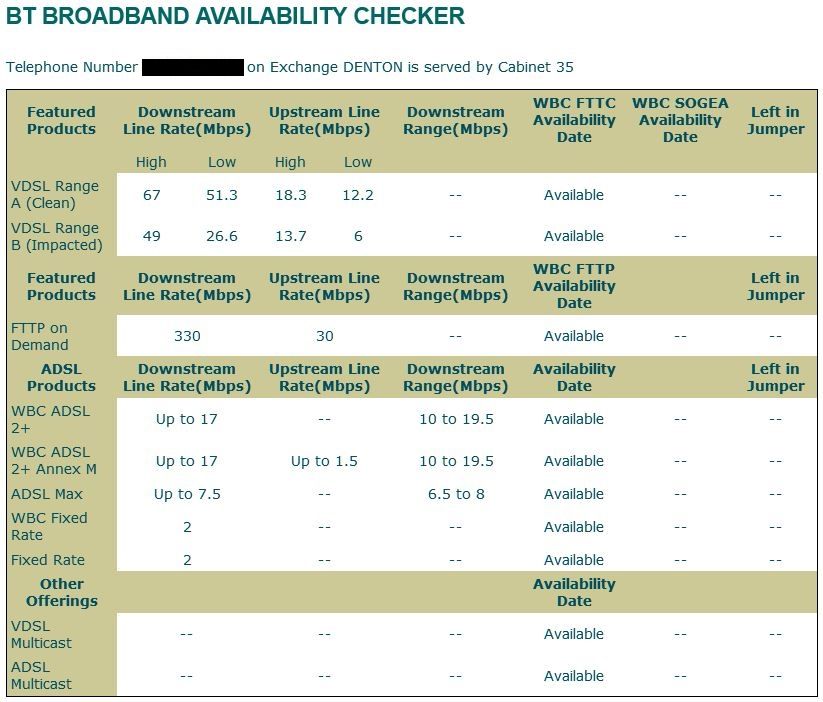 Followed it up again today, on the phone he told me that the line is impacted & its not DLM banding? Im told the profile is set to its maximum of 80 dl. I have now raised it as a fault where i am asked to plug into the test socket & run three speed tests @btwholesale (one each day for 3 days), once completed i reply back to their text & it gets escalated to BT.

Was warned of a possible £60 if the issue is with my equipment (unlikely as its the same speed with both the ECI modem & my new TP-Link VR2600 router modem) or internal wiring.

Chris was right, it is DLM Banding, the BT engineer simply reset my connection at the cabinet without the need to visit me & now my sync speed is higher, not sure why the phone support were fobbing me off, it took a 2nd call & i had to practically insist on them booking an engineer despite explaining what Chris told me, maybe it costs Plusnet to book engineers? 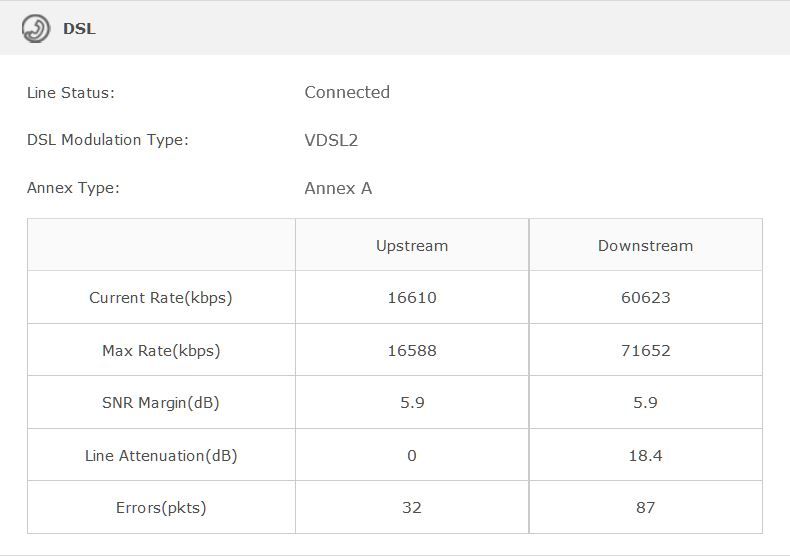 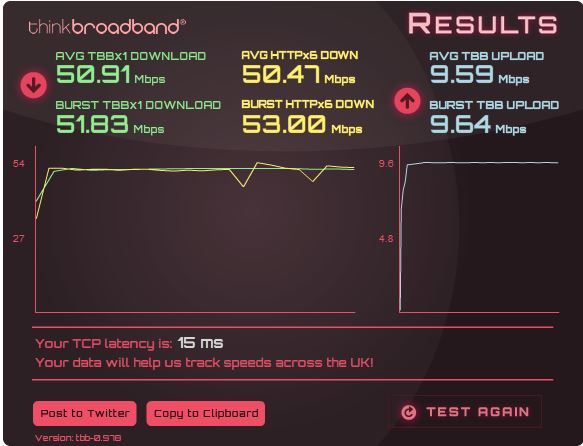 I'll have a look at who the advisor was as they should have told you the right info, they probably looked at the Plusnet connection profile rather than testing the actual line.

The first support guy i phoned who fobbed me off actually did test the line & raised the profile, he was the one who told me to turn the modem router off for two hours & of course there was no difference

Just had loss of internet at 2am this morning (1st Sept), can you run a check to see if it was down to a loss of service?

I have a new TP-link VR2600 router modem (broadcom chipset) to match my Huawei cab which i've had set up for a few weeks, so i need to determine whether it was the broadband service or my modem losing sync since i had issues with their previous router / modem VR900 frequently losing sync, this one appears to be more stable 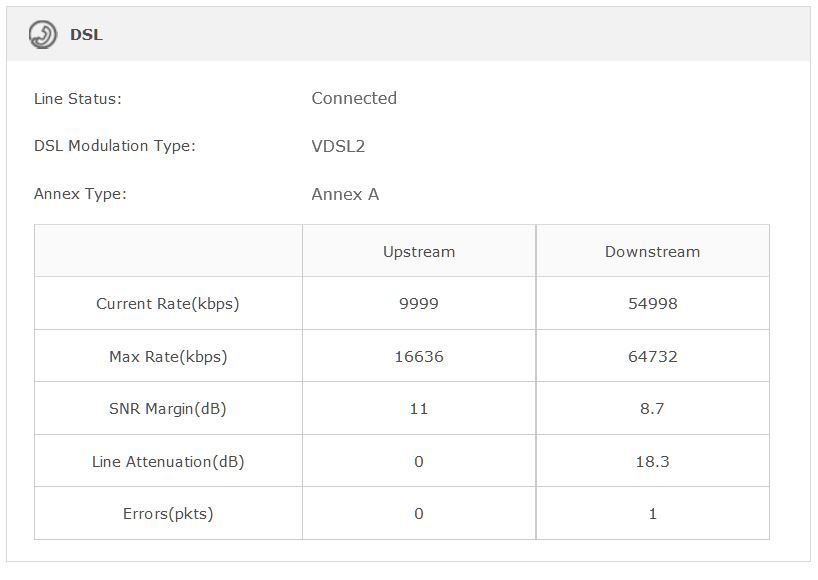 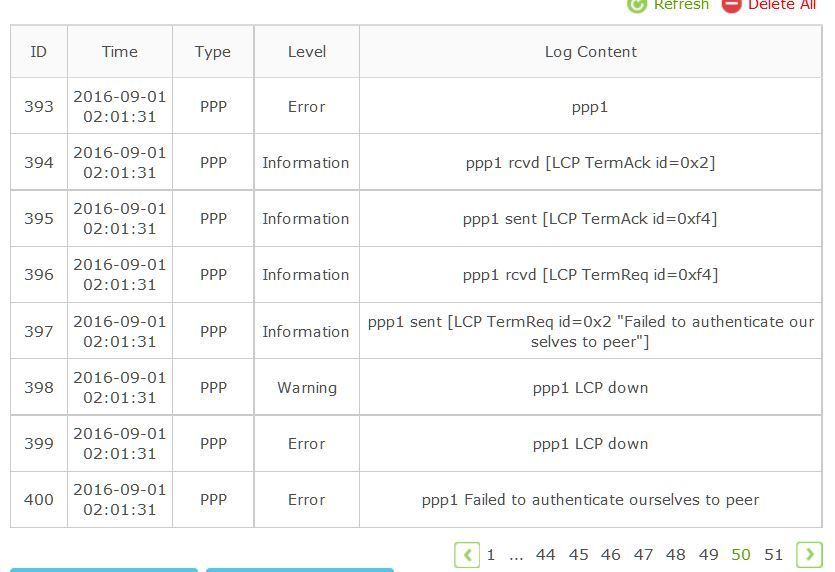 The modem stats that you posted show a drop from the previous one of 60Mb to the current one of 54Mb so that is the modem loosing Sync and connecting again at a lower rate.

If thats the case i'll have to see how long it stays in-sync for before deciding on whether or not to return it. I notice that Errors(pkts) keep building up the longer it stays on, from the previous modem stats its currently at 6 (upstream) 70 (downstream) what causes this? if the line is stable i shouldn't get any errors.

I have upgraded it to the latest Firmware from back in May, TP-Link have not updated the firmware since which is strange considering new routers often have bugs initially & receive frequent updates. I also notice they need to fix the Upstream Line Attenuation(dB) which is always set at zero, this was also present on the older VR900 until a firmware update. It had issues with Plusnet specifically for some reason which they put out a Firmware fix for but i had returned it by then so can't say whether they did fix it, the beta they sent me didn't. The VR2600 uses a newer broadcom chipset (BCM63268 ) than the VR900 (BCM63168 ) which dropped sync every day, so thats why i decided to see if this new model is more stable, if only Asus brought out a vdsl router with a broadcom chipset, they also have a much more detailed stats / GUI interface than the basic TP-link one.

Hhmm, just checked my graph, packet loss is building, you sure its not the line?

It seems they fixed your openreach package.

Before you was syncing at 16mbit upload and over 60mbit download, so was clearly on the 80/20 openreach product.  Seems plusnet then fixed it and now you on the openreach 55/10 product.

Your tbb graph I think is very unlikely to be a line problem and looks like classic congestion.