Webstats delivered for both of my domains contained only yesterdays data plus something else (each had just a few extra bytes) which I haven't yet investigated.
So: Mr Webstats Maintenance man, can I please have my due webstats ASAP?

Many thanks
In advance

No logfiles available via ftp for any of my A/Cs and no even vaguely sensible looking data available via the PN webstats system for any A/C either.

The data delivered today (dated 9th August) appears to be VERY SIMILAR to that supplied yesterday but it's NOT exactly the same.  Whilst the data is probably essentially much the same, there are some subtle differences in the order/timing of entries and also in the name lookup data etc.  Bottom line appears to be that it's not just a copy of the previous day's file/data but has been processed somewhat differently.  This appears to suggest that there is no raw data available for 10th and the previous day's raw data has just been copied over and reprocessed.

Based on still awaiting a response to my post made the last time this happened ... I'm guessing no explanation will be forthcoming this time and neither will the missing data unfortunately   😭   It would be nice to be proven wrong though needless to say

BTW, it may or may not be relevant but it's exactly 3 weeks since the last time this happened.

Although the problem was also flagged up here and action was apparently taken by support staff, no data was ever received for 20th July.

Data for 10th August is now somewhat conspicuous by it's absence.

...  or did someone just unplug the server to plug in the hoover again and they've been taken out the back to be 'educated' so all should be well in the future :lol:

Hiya, I've raised this with our incident management team. We're rerunning these stats now and they should be with you inside the next 3-4 hours.

Could you let us know when they're received, please?

These should now be with you. I'd be grateful if you could let us know that you've got them and that they're as expected.

@JonoH Thank you very much. They seem to have arrived now, and at least at first glance seem to be fine.

However, it may not be of great significance (other than to people like me) but as mentioned by myself and @mikeb there was a subtle difference between the first and the second copies of the webstats received for 09/08/2021. Possibly one or two additional records in the second edition.

Thank you for your attention.

My stats processing will hopefully catch up
tomorrow morning then providing of course that there's no hiccup
tonight and no out-of-date-order data appearing in the logfiles. 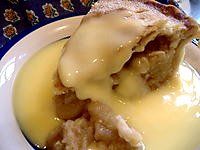 ... really enjoying this most excellent humble pie with extra custard
and all that, although with fingers crossed that it's not going to
turn out to be a real bad case of premature mastication

Just to confirm that all looks good this morning.

It's not that often that I *really* do need to extract certain data from the logfiles to retain as evidence of things definitely being seen/accessed by a 3rd party but I certainly do at the moment. Lost data would have been a significant PITA to say the very least rather than just being a bit of an unfortunate hiccup in bandwidth monitoring.

Thanks again for sorting this, hopefully it's not going to happen again anytime soon