Right. i gave now had eniough after the latest reply from Plusnet Support on Twitter -I'm afraid the problem is still under investigation and we don't have a update for when this is due to be fixed. To me that basically means never, or won't be for a long time yet

One of the reasons I signed up to Plusnet a few years ago was due to the Broadband Safeguard feature. You know, the feature that protects your kids from seeing all the wrong stuff on the internet

The fact it hardly ever works, and is still currently not working for me any many other customers (along with probably loads more that think Safeguard works on their accounts, but it doesn't)

Can I leave my contract now without penalty? Plusnet are advertising a service (Broadband Safeguard) that does not work. It even has it's own page promoting Safeguard for gods sake 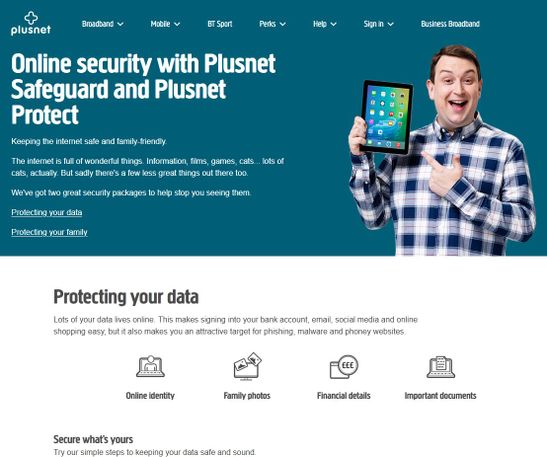 I cannot keep going on like this for the next 8 months until my contract ends with no online safety feature. It should not be taking this long to fix. Absolute rubbish excuses all the time

What the hell is happening at Plusnet????

Same here, had enough... We used to have YouTube blocked and allowed it sometimes under our supervision... Since it's not been working, my son has been able to watch gamers and come across some swearing etc on the videos, which he has repeated not knowing what it was!
Message 92 of 181
(557 Views)
1 Thank
1 user liked/thanked this post: hawmead.

Fortunately after some serious badgering, Plusnet somehow got it working for us. However, I am still seeing that I have been one of the lucky ones. I really can’t believe that fixes can only be rolled out ‘piecemeal’.

It seems to me that the main issue here is that no-one at Plusnet has been brave enough to take full ownership of the problem. The responsibility has been thrown from one support rep to another like a hot potato, each one offering different advice to the last.

Has the management team all been fired or something? All I know is that if we had a problem like this at our place that that had gone on for so long, affecting so many customers, clearly losing the company it’s technical credibility as well as valuable recurring revenue, my manager would have be all over it like a rash.

plusnet, exactly who is managing this problem and why is it taking so long to roll out a global fix?

It really is getting out of hand now

TikTok has always been on our block list on Safeguard, but now it can be accessed

Just wish someone would come clean at Plusnet and give us some options on what to do with our contracts without getting penalised for leaving, or give a proper explanation on what is happening without the usual relevant team is investgating type of rubbish

Not working again on my account. I would also like to know if I can leave without penalties as I have recently signed up for 18 months!

How do plusnet keep winning 'Broadband provider of the year' and who gives them them this award because they need to be told.

I've had the same issue for weeks now too.

Even caused a massive row with the Mrs who thought I'd been watching mucky movies whilst she was at work.

Tried everything recommended from various posts and have just given up now.

It seems there's never going to be a fix for this and all the time our kids can potentially have access to all manner of bad things.

I've had to reset my 12yr olds phone and laptop to add family links for google and Microsoft to enable filtering remotely. But there's nothing I can do about friends or family coming over using our wifi.

I find the whole thing extremely annoying and unprofessional. It worked perfectly for months then just stopped.

Will probably just switch to a different provider when the contract is up in Autmun. Never had this problem with Sky or BT.

I've just noticed this in an email from Plusnet:

If you decide to leave before the end of your current contract you can do so without paying any early termination fees by getting in touch with us on 0800 587 1942 and giving 14 days’ notice.

Your contract may be different but perhaps if enough of us call it will help to get this fixed.

That's interesting. Is it an email you received?

If that is the case then I will be cracking on with it soon as, as it is clear that the Safeguard problem is not going to get fixed. Fed up of the lack of support now

Yes, the email I received when they invited me to renew.  I Don't know if this applies to everyone, for example, I've not had a new router for years so I will have fully paid for that long ago.

It realy is taking the mick 🤔 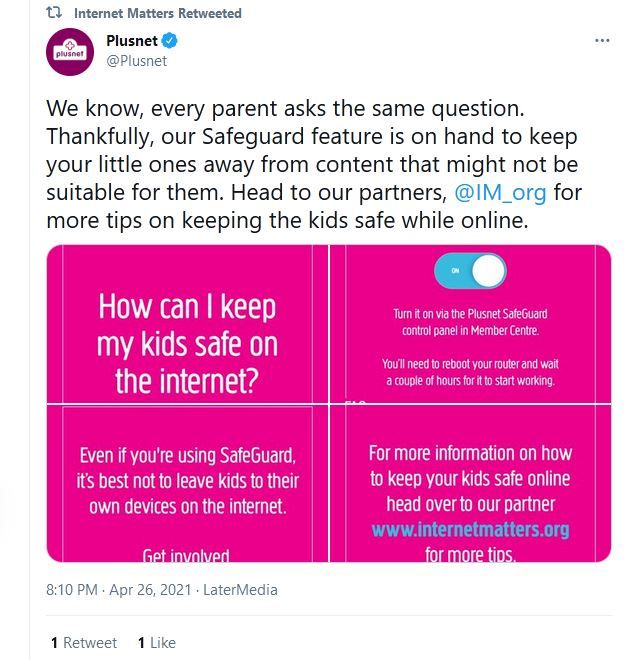 Any news on getting Safeguard fixed? Looking back to posts from last year, you seemed to get the problem sorted

It really does seem to be dragging on a bit now

God help what our teenagers are accessing upstairs on their devices

Just that Kelly posted 2 weeks ago on this thread, but then reading back there is the mention of ex-colleagues
Message 103 of 181
(327 Views)
0 Thanks

Unfortunately, PN isn't keeping people as close to these sorts of threads as I'd like.  I'm not sure what's on @JonoH's plate nowadays, but I hope he can get someone close to it.

I'm pretty sure the problem is being worked on at the minute. I have no information about what's going on though.

@tcj1971 I shared some frustration to ex colleagues about the tone deafness of that social media post.  Wouldn't have happened when I ran the social media teams, but we were a lot smaller then and had the same people manning the forums and twitter so people were much more connected.   When it gets bigger it's easy to get out of sync though. @JonoH can you make sure this is talked about in the Digital Teams?   Bit of a shotgun to the foot moment. 😕

I registered a complaint on 24th April which someone is supposed to be 'looking into'. The guy I spoke to was quite adamant that I would have to pay up for the remainder of my contract because 'the safeguard is a free add-on and not part of the contract', his words not mine!