Looks like Safeguard isn't working today. I did turn it on yesterday, rebooted the router which took up the new DNS settings and it was working fine last night.
I have changed nothing but just checked a couple of adult sites now (11:20 15/05/21) and they are no longer blocked.
Checking settings, all look the same as yesterday.

Hi Percy, I'm off work today but have just tested it for myself and it seems like it's working fine for me across all categories.

a member of the team will be about shortly (who's working) to try to assist.

Meanwhile I'd be extremely grateful if others could check to see if it remains working for them.

Just checked...still the same for me.

Should be parts of 3 screenshots all taken at 13:00 today attached. 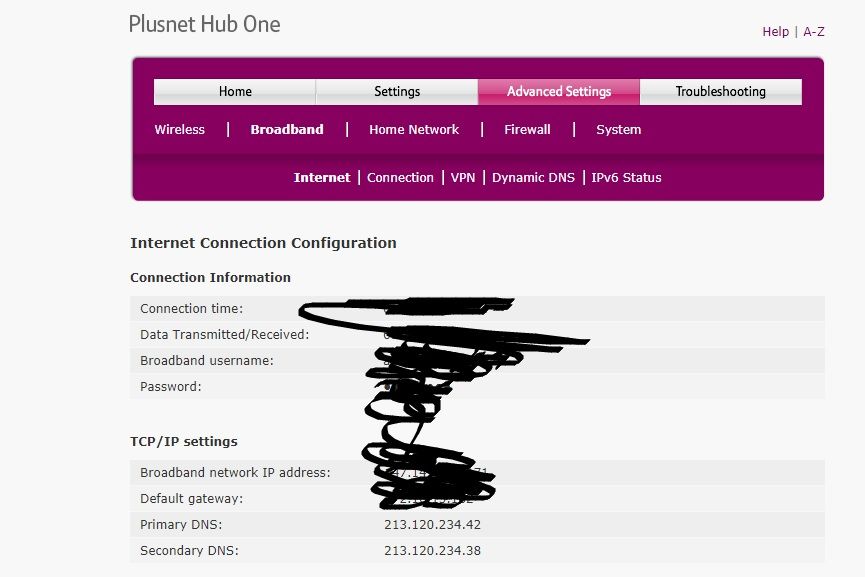 DNS on my router 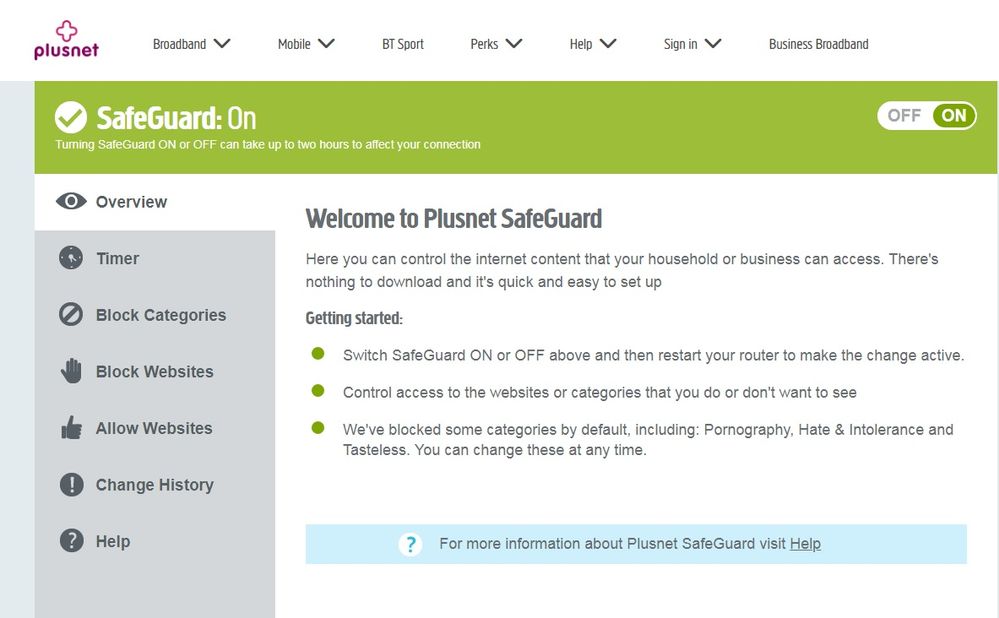 My Safeguard is 'On'

I've had a look into this for you @Percy2 and can you confirm the DNS servers are set to the following?

If that's the case, could you switch Safeguard off, reboot router, back on and then reboot router again? Assuming that the sites you want to block are selected as to be blocked, let me know if they aren't blocked after 2 hours.

When I do that I get an error (rather than a block) but that's to do HTTPS and the content is still unavailable (and that's what matters).

@Gandalf The SS above shows that it is indeed set correctly.

@JonoH Yeah our posts crossed. I responded just as their post came into the internal response system. The secondary server though shows it duplicated on the help guide Here whereas the Hub One may have it correct?

Something for you to update?

@Percy2 Let me know how the switching it off and on goes.

"Meanwhile I'd be extremely grateful if others could check to see if it remains working for them."

As requested,  I've checked and it is working fine for me.  If I enter the site in the screenshot posted by @Percy2  I get redirected to the Plusnet blocked screen as expected.

It worries me though that the service appears to be unreliable.

Hopefully with the work that we've achieved yesterday will mean that the service will be more reliable moving forward and if there are further issues we should with any luck be able to get it fixed promptly.

My DNS are currently.

I will do as requested and report back.

Okay....well I am very pleased that I have not been too vocal about this 🙄 but as this was 'fixed', and others are reporting that it is still OK, I did just start to wonder if it was me or not.
I have done as requested, Safeguard off, restart router, Safeguard on and restart router again.

DNS settings are as before

and I can still access sites that should be blocked.

So, we move on. In my very early posts I had posted that I had wondered if it was my new Eero mesh configuration that had caused the problem but decided this was not the case as others were seeing the same problem, but now it seems that, yes, it is the Eero in my case.
Some background, the router Wi-Fi is turned off and the Eero mesh is plugged into one of the router ethernet ports.
The Eero is configured to get DNS from the router and my laptop to get DNS from the Eero, but there is obviously 'something going on'.
I have a home desktop PC which uses a hard-wired router ethernet port and this does block adult content, so my issue is downstream on the Eero Wi-Fi network.
I do see this as MY PROBLEM and a coincidence in my installation taking place at the same time as others seeing Safeguard going down. I think my first port of call will be to hard code the DNS on the Eero to Plusnet's Safeguard settings.

Ah I'm glad to see you've got to the bottom of the issue.

Re my Safeguard issue and the Eero Mesh.
Manually adding the Plusnet DNS server IP's to the Eero configuration settings has now resolved my issues.
All looking good.

Awesome! Cheers for the confirmation

Very grateful that our Safeguard is now working ... Thank you

I wondered if the following analogy might provoke thought as a full investigation is underway:

Imagine a water company started receiving calls from customers who had discovered the water contained a poison that was especially damaging to children. Should that water company do any of the following …

1 - Spend the first month or so telling the customers that the problem was in the customer’s houses … then later declare they knew poison was getting through all along?

2 – Tell customers that other things were a greater priority, as most customers had not yet noticed the water coming through to their taps contained poison?

3 – Spend hours telling the customers to turn their water on and off … when they knew this would make no difference?

4 - Infer that it wasn’t a big issue, as if customers were good parents, they should know how to filter their own water as it left each each tap?

5 – Fail to inform any customers that they were being supplied with poisonous water, and think if it happened in the future that not telling customers was the right course of action?

6 – Try to hush it up, rather than making a public apology?

7 – Know this had previously happened for a 6-month period, but not think it a big issue, because back then lots of the affected customers simply left without making a fuss?

8 – Tell customers it’s very difficult to get the water 100% clean these days, and give the impression that other things were a greater priority than providing clean water?

Even if there were other adult customers and staff saying they had built up an immunity to the poison or even acquired a taste for it, the water company would surely still have a duty of care to its customers and their families to not let the poison through … especially if customers had been promised clean water.