Which Mail Clients Have You Tried?

Which Mail Clients Have You Tried?

This Windows mail client has a nice simple layout akin to phone / tablet UI's and handles IMAP quite well. I don't like everything about it [there are some GUI ticks and bad language translation] but I have been using it for over a week now and I actually prefer it over Outlook.

The only tricky bit is the installer is in Chinese - but if you are used to installing software you will likely be ok. Before you launch the program, look in the program folder and delete the two Chinese language files. It will then run in English.

Re: Which Mail Clients Have You Tried?

Someone just pointed out to me that Opera Mail is a fraction of the size on disc [about 40MB compared to over 200MB with Foxmail] and provides similar interface.

Re: Which Mail Clients Have You Tried?

Been trying several myself lately since Windows ended support for Live Mail a few weeks ago.

So far I've tried 'MailBird' which looks and feels very much like Windows 10 Mail app. The only trouble is the 1 Month Free Trial actually only lasts 2-3 days meaning that if you want to continue to use it free, you can only have one email account. If that's not an issue it's a great looking program and includes the ability to sync with Google Calendars & Contacts. The paid version is an annual subscription I believe.

Also I tried eMClient which is more like Outlook and is loaded with features but lacks the panache of a modern mail client. Again you can have a 30 day trial which does actually last 30 days before reverting to the free version which only allows 2 Email Accounts.

and includes the ability to sync with Google Calendar, Google Contacts plus many others. Really this app has a very polished appearance once you start using it.

The reason I didn't choose that option right away was that shortly after the release of W10 I did try the app but hated the way my emails kept vanishing, clearly at that time it had issues. Thankfully however Microsoft have since released several updates which have fixed those problems. 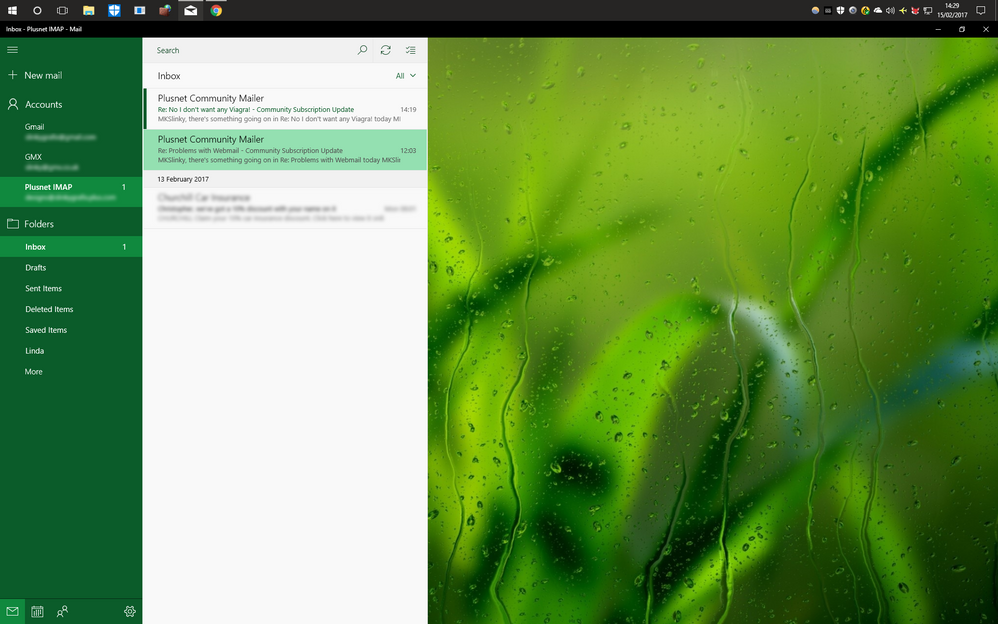 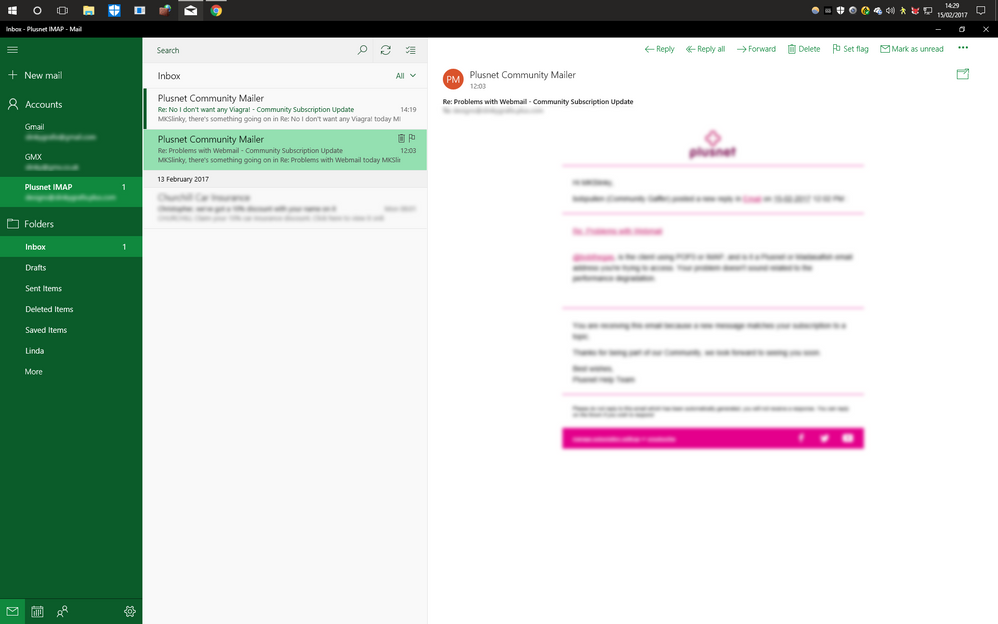 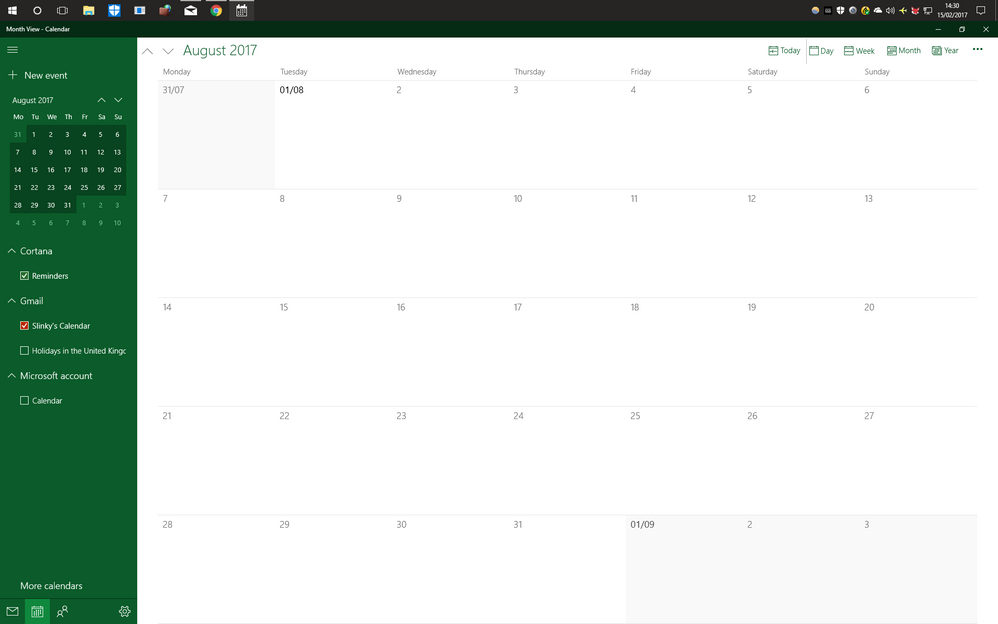 Contacts View - Notice in this view (right hand side) you also get a history/timeline of emails between you and the other persons you've contacted. Useful for those 'I told you so' moments. 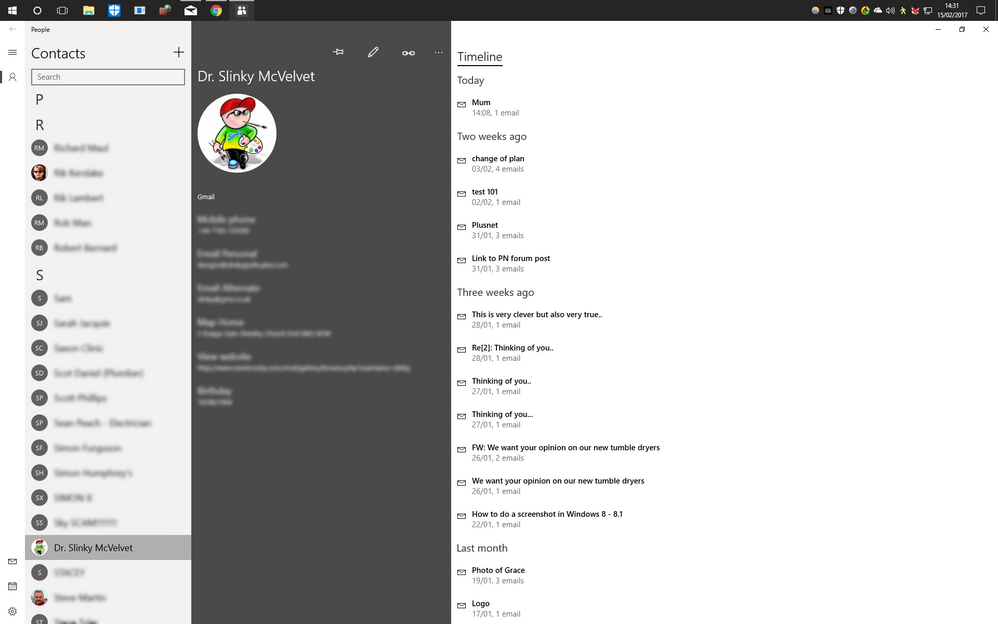