I have a Metronet email account which was transferred to Plusnet. For many years, with an occasional problem which was fixed promptly I have had good service, but in August I realised that I was not receiving emails from any correspondents who have a btinternet account. They received no error message and assumed that their email had been received. Due to illness I was initially lethargic in pursuing this problem, but recently have encountered responses ranging from Plusnet from unhelpful but downright rude.

Initially I was told that the problem would be resolved but could take up to a week, but after a week nothing had happened. On two occasions I was told that I should contact BT to get it resolved but they said they had no power to block outgoing emails. More recently I have been asked to provide header information from a message sent by a btinternet user, which I duly provided. I was then informed that I was sending it to the wrong group, but was given no clear information how to send it to the correct group. It became clear that there seems to be be different groups in Plusnet who do not talk to each other. My  latest communication to them was to ask them to provide the name of someone senior who could resolve the problem, but I had no response.

I realise that this a very old account, and that Plusnet may not wish to support such accounts, but if that is the case why don't they tell me and I will switch to another provider, and not waste any more time. For obvious reasons I would like to retain the Metronet account and email address but am nearing the point when I have bite the bullet.

This is not the response I expect from Plusnet. I am wondering whether anyone else has experienced this problem. 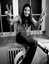 I'm sorry to hear that you are having issues with your Metronet service.

I can see that we are currently awaiting a reply to this ticket regarding thew email issue you mention above.

All that did was to say further information was required and to direct me to the Metronet portal in which I can find no way to communicate to answer queries. I do not understand the remark about data protection preventing transfer of information. I have currently provided all the information requested but apparently to the wrong part of the organisation. As Metronet has been fully integrated with Plusnet I cannot believe that this information cannot be transferred. It just seems like an excuse for inaction.

Your Metronet and Plusnet accounts are two separate entities.

The ticket link I sent above is the the Metronet account where a ticket is open regarding this with the relevant department.