Gawd, I'm getting to old to be shifting furniture and crawling around on my hands and knees! Will do if I have to though 😕

I've noticed for the last couple of weeks that browsing and gaming has become very laggy. Download (2-3Mbps) and Upload (0.2-0.3Mbps) are not good, but probably within contract limits. But latency seems to be the real problem.

What I'm hoping is that the following will make enough sense to someone to tell me if I need to start trying to source another router just for testing, etc... 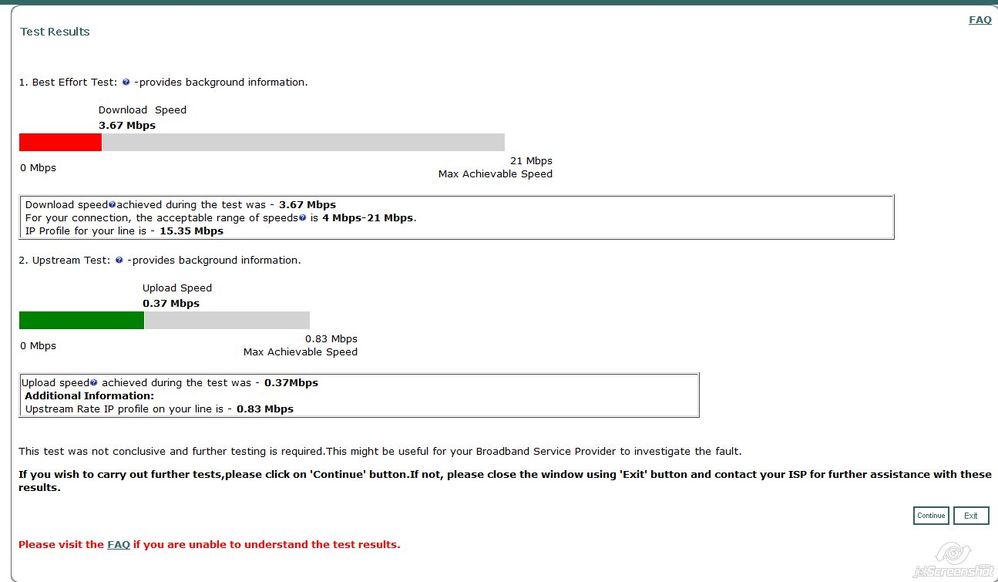 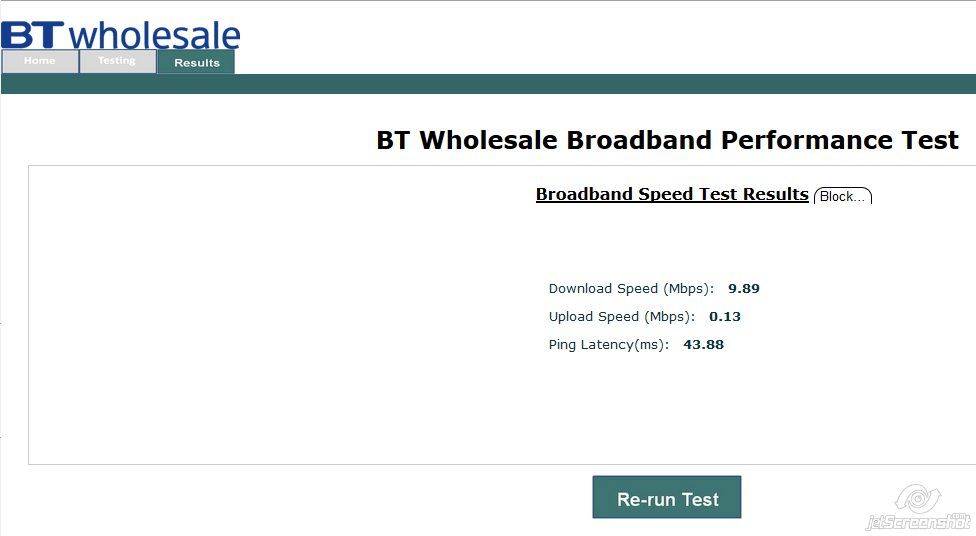 Just wondering if anything leaps out as a likely culprit?

We've made some remote changes which should help. Can you monitor it over the next couple of days?

Noticed connection went down and back up. Looking loads better already...

Spoke too soon ... connection went down again and now it's:

Is it still doing it now?

The changes I've made can take time to kick in.

Speed's improved a bit - even 15Mbps download for a while, but it too is very variable now... 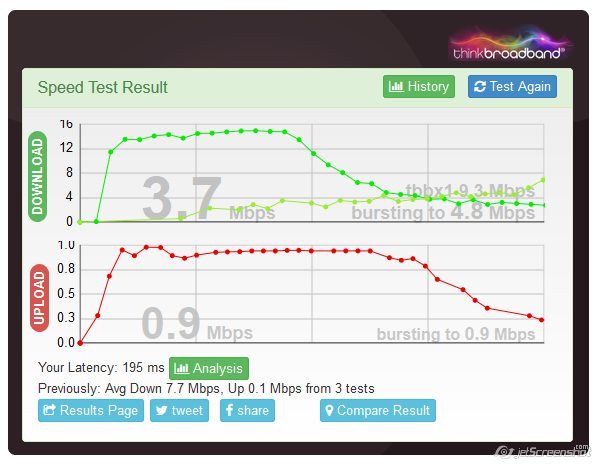 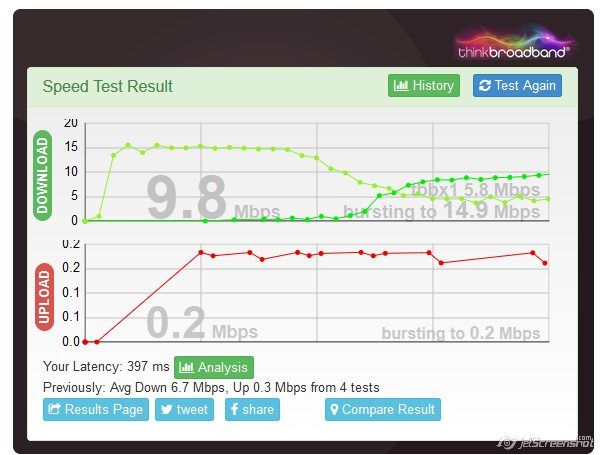 Is there any possibility that there's something on your network doing a lot of uploading, perhaps that you are not aware of?

I'm not particularly familiar with those stats from the Netgear, but the WAN Tx B/s of 84,894 looks like most of the upload bandwidth is being used. The uploading would be temporarily interrupted when the connection drops, which would explain why it was better for a short time, until the uploading resumed.

Also it says pppoe, but using PPPoA would be more efficient for ADSL.

When I first noticed the lag, I checked router security & connected devices, and also monitored traffic from my PC. I couldn't see anything that ought not to be there.

You're right, that WAN Tx figure it doesn't look good, but I have no explanation for it - perhaps the router isn't measuring there what we think it's measuring 😕

Getting some prettier pictures now... 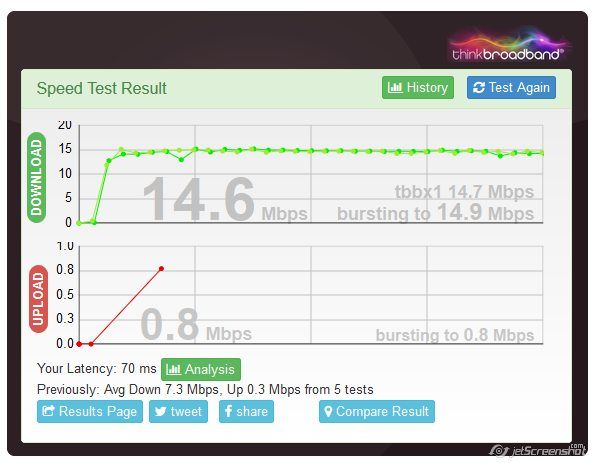 I'll keep an eye on it over the next couple of days as you suggest.

Glad to hear it's looking better!

The nice results didn't last long; I noticed the next day that speed and latency worsened, and it all seems to have settled again into a quite poor connection. 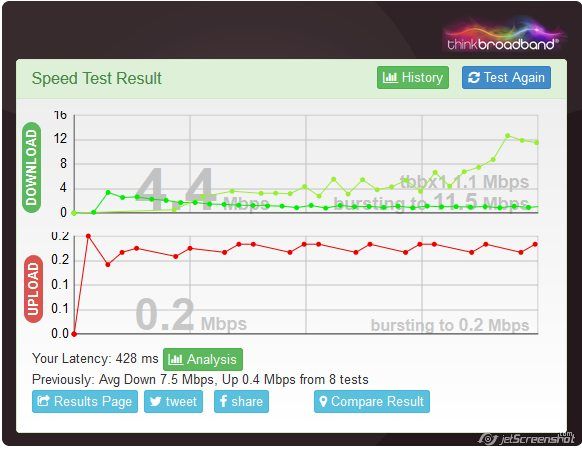 Given that whatever was tweaked during the week had a dramatic effect, does this mean there's some clue as to what's going on?

The wider community has no idea of whatever was tweaked. Could you post the current router stats please? What Plusnet may have done is the very generic step of turning off interleaving because it's a latency problem. Interleaving may add an extra fixed amount of latency, typically 10-20ms, but will not be the cause of a few hundred ms latency.

What model of router is it? Is its firmware up to date?

Hi - sorry, I was really just replying to Matthew's suggestion to keep an eye on it, and hoping he'd say what he'd tried (though I realise he's probably off enjoying the weekend at the moment), rather than asking the wider community.

But since you ask, it's a NETGEAR DGND3700 N600 Wireless Dual Band Gigabit ADSL2+ Modem Router, and I updated the router firmware before posting my query, just in case.

The current Noise Margin is less than on Monday.

Whatever Matthew did on Monday had a startling effect on everything, with pings right down from 650ms to 30-40ms, and Up speed back to 14.6Mbps, but by Tuesday it was becoming more variable.

Now pings are consistently around that 450ms mark.

Based on the different speeds and downstream noise margin, I'll assume that the changes are as I suspected, that interleaving was switched off, plus the downstream target SNRM was reduced to 3 dB to give more bandwidth. Interleaving can't cause 450ms ping times, so I think the temporary fix was either coincidental or due to the connection drop rather than any changed ADSL parameters.

Perhaps Plusnet can check how much the connection is being used.

The SNR margin was at 3db before and I increased it to 6db but bizarrely it seems to have gone back.

I've made the changes again and this time they should stay in place.

Hi Matthew - the connection remains pretty awful, and I have no idea why.

The router remains on around 6db up and down... 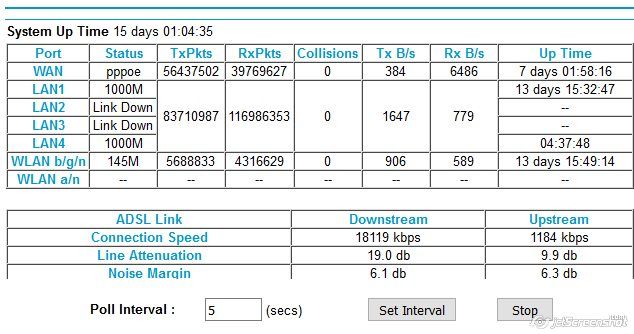 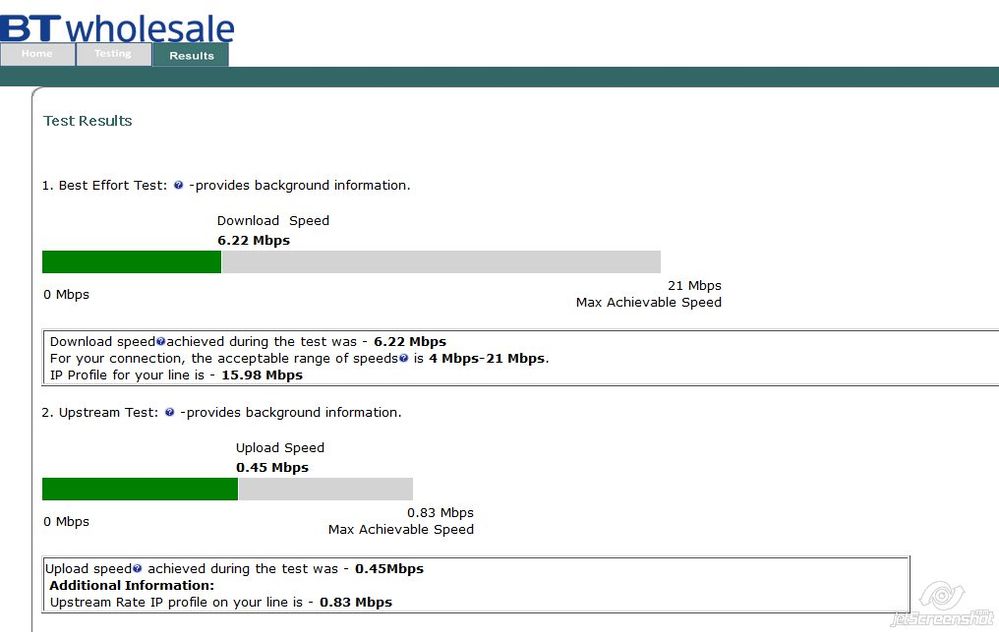 But latency is still abysmal, and up and down speed test results are poor most of the time... 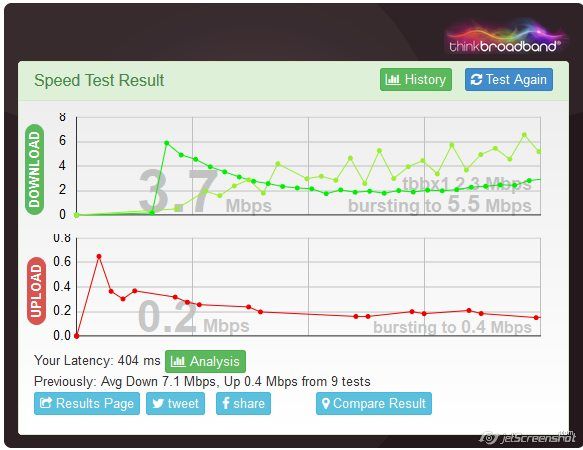 What more can be done to isolate the issue?