I am having identical issues to the ones in this thread:
https://community.plus.net/t5/Fibre-Broadband/High-ping-and-poor-gaming-experience/m-p/1402801#M5375...

I am having a terrible experience with plusnet live chat, the least I get is a line test which immediately drops the chat and at most I received the pro app which does nothing (which I now have to cancel or I will be charged extra)

Can somebody help me solve this or I will have to look for an alternate provider.
Message 1 of 4
(1,141 Views)
0 Thanks
3 REPLIES 3

Hello there my fellow gamer

May I start by giving you my experience.

I moved to PlusNet 2 months ago. I was originally with BT, whom I paid £220 to get out of contract, to join PlusNet. BT promised me

my bills would be under £40 a month, and this included fibre to the premises. 52MB Downloads, and 10MB uploads. Awesome deal right? Well my last two bills averaged around £120.. So I left and came here instead. I'm now using just your basic broadband and phone calls package which is costing me under £40 a month. I'm getting 17MB download speeds, and around 3MB uploads. Which I previously thought was unattainable via copper wire, but ASDL2

has been a real eye opener for me.

Either way, when I had fibre to the premises, at 52MB, I still got lag on the Xbox, PlayStation and PC. It made no difference really, if somebody else was in the party on what's called WalMart internet, it's gonna happen. So many times also I'd be in a raid, several hours in, and boom, my internet would just die, so by the time it restarted, I'd got nothing from the raid. Also with the fibre to the premises, SkyGo was still pixelated whilst viewing no matter what you did. It's still the same on broadband, so, it's their system that is slow. I changed from SkyGo to NowTV, and bam,

Instant on, near 4K HDR enabled streams are perfect now. It's great fun again watching what I want when I want, as it should have been anyway.

Either way. If the servers that the game is hosted on are null, it doesn't matter how quickly you download and upload from them as the processors in them are from the 90's and can only go so fast.

Ive found my copper wire connection, way more reliable than fibre ever was with its constant drop outs. The speed difference is not that fast for me to spend an extra £100 a month for either.

So, to summarise, when one of the networks, be it, Steam PC, Xbox Live, PSN, Uplay, Arc, Origin, Epic ect are down every other day and then host their games severs on different servers that host the install files can you really blame the ISP?

For example. PSN Store - would let me download ftp at 50MB, so I can install my game quicker. Say for instance Destiny. No problem their. But upon launching Destiny, you now aren't using the PSN, your using Bungies Server Farm, from when they got into multiplayer games with Halo 1. They are that old, and slow, their CPU limits what we can achieve with our speeds.

Also, before I go, I thought I'd just say, have a look for a new Router, as theirs lots available now that are made for gaming, also look at software tools that improve your ping. Using cFos Speed on a PC on your network whilst gaming will quadruple your ping at least and stop any lag for you. But then, like I said before, if it's somebody in the party who has WalMart internet, anything can happen.

im going to stick with PlusNet for the long term. Their Static IP Address that they do for a fiver has been a god send for me (BT ect don't offer this). I can now make a HomeGroup Network, run a server, ect so easily. The magic that is 2017

Anyways, have a gooden

It's good to hear that you are having a good experience, I however am not.

I moved to plusnet 1/2 months ago and have never experienced lag as terrible as this, all games are unplayable due to rubber banding and 100-400 ping. This isn't the game servers as i've never had issues before and regularly try to play on the same servers as friends (who live on the same street, but were lucky enough not to choose plusnet) and they have no issues.

I cannot play any online games as it stands.

My download is fine 6-9mbs, upload is slow but steady ~0.mbs but the ping is a terrible issue.

I currently have a no cancellation fee contact so as soon as i find an alternate provider and have time to change I will be. hopefully my ongoing ticket will be resolved but as it has been open since the 28th of Feb it seems nobody will be even making an attempt to improve my connection.

It's sad to hear that you are having a bad experience,

My experience compared to yours I suppose ....

I still think your issues, like most here, are due to incorrectly behaving router. Don't get me wrong, it's a pretty smart router, but when it goes "stupid", it really goes stupid.

I got my self a static ip from plusnet when I joined. I have been able to stream 4K Video via plex, run my own website and shop online, and use all the different major networks no problem. But then in my two months since I joined, I have also had issues with the router. My website's uptime since joining is 99.9%, so I have lost service since joining. A reset of my hardware quickly resolved my issue, but still, it was 10 seconds downtime whilst people are shopping on my site with stuff in their baskets. So not good once in 2 months.

I would recommend the ASUS spider Router thingy...

But then even though I want one, I still haven't got one, as you have to set up to work PlusNet, and then configure it correctly, but apparently those that have, experience no downtime, no issues whatever. 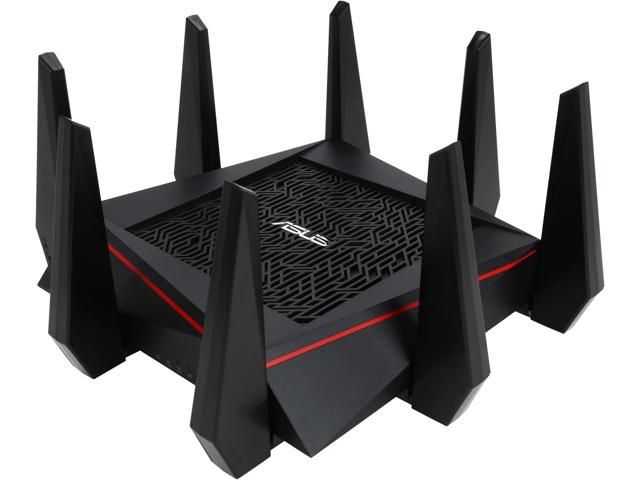 Anyway, here's hoping you get some resolution on this. I wouldn't be happy with Kbps upload speeds. Last time I had that it was 1991 using Netscape.

I'd phone in and ask them to reset my line, and re attenuate it. Like they do when you ISP takes over your line contract. Also ask them if your line is ASDL or ASDL2. As that might explain your slow upload speed which unfortunately your games rely on.Also get them to run a line test whilst your their.

Good luck to you though.