When I checked the router log i'm seeing a lot of failed incoming RDP attempts from a host of IP addresses (usually each address having 6 or so attempts). These range from 30-40 per minute to half a dozen in one second. I'm not an expert but it looks like some kind of DoS attack and suspect it might be the reason for the intermittent short disconnects to the gaming servers and discord, which are more time sensitive. 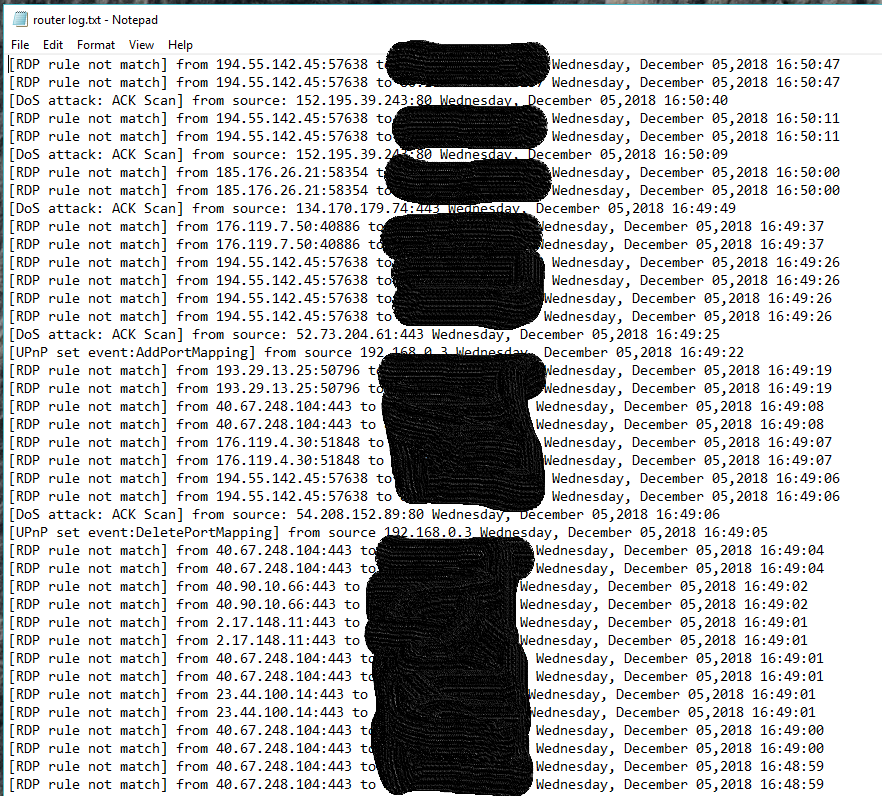 I'm using a DGND3700v2 router on ADSL2+ - get around 15MB download, as i mentioned rock solid in terms of normal useage.

I've tried getting a new WAN IP address without any change. Before going to plusnet, i was just wondering if anyone else had a similar problem and/or advice?